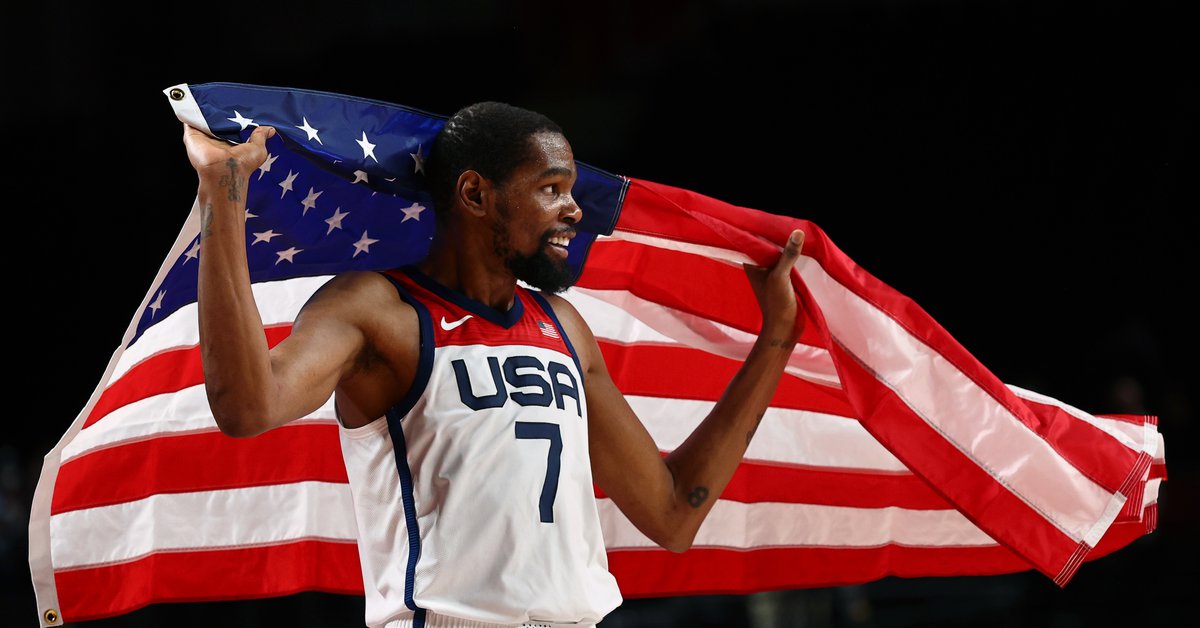 United States reconfirmed his favoritism in men’s basketball and won the gold medal at the Olympic Games after beating France 87-82. With a great performance from Kevin Durant, leading scorer with 29 points, the team led by Gregg popovich was crowned champion for the fourth time in a row in Tokyo 2020.

It was not an easy tournament for the team plagued by NBA players. After the doubts left by the friendlies in preparation for Las Vegas, the start was not the best. Right before their rival in the Olympic final, the USA lost in the premiere: the French team was left with the victory 83-76 and it seemed that it was going to be a difficult tournament for the Americans. But from that fall, everything changed.

Loose wins over the Czech Republic and Iran put it in second place in Group A. In this way, the crossing in the quarterfinals was nothing more and nothing less than against Spain, another of the candidates for the title in Japan. Despite Ricky Rubio’s 38 points, Durant’s appearances were decisive in directing a clear victory (95-81).

Already in the semifinals, the rival was Australia, which came from surpassing the Argentine team in what was the farewell of Luis Scola. And as in previous duels, the third quarter was the breaking point of the meeting: USA took 22 away (32-10) and those led by Popovich headed a valuable victory to qualify again for the finals of the Olympic Games.

In the game for the gold medal, and as expected, Americans and French competed as equals. The Europeans stayed close on the scoreboard hand in hand with the giant’s defense Rudy gobert, and in the attack with the contribution of Evan fournier, new reinforcement of the New York Knicks of the NBA. For its part, The USA sustained themselves with a great offensive display from Durant, who put the team on his shoulders and finished with 21 points in the first half..

The second half was just as tight on the game as the first part of the game. Always with the United States in advantage, Popovich’s team managed the advantage thanks to the contribution of the Boston Celtics player Jayson tatum, added to the defensive adjustments of Jrue Holiday. The point guard, who has just been champion with the Milwaukee Bucks, was key with his defensive presence to make De Colo uncomfortable.

In the last seconds France closed the distance, but it was not enough to win again against the USA, which again had Durant as a figure in the game for the gold. The same as he did four years ago in Rio 2016, when he scored 30 points, the same as in the London 2012 definition. Fourth gold medal for the United States, that since it fell to the Argentina of Manu Ginobili, Luis Scola, Andrés Nocioni and the rest of the Golden Generation in Athens 2004, has already added four Olympic titles in a row.

How much US athletes are paid for each medal: the amount Caeleb Dressel pocketed with his five golds in Tokyo
Infamous definition: Italy beat Great Britain 4×100 by a head at the Olympics