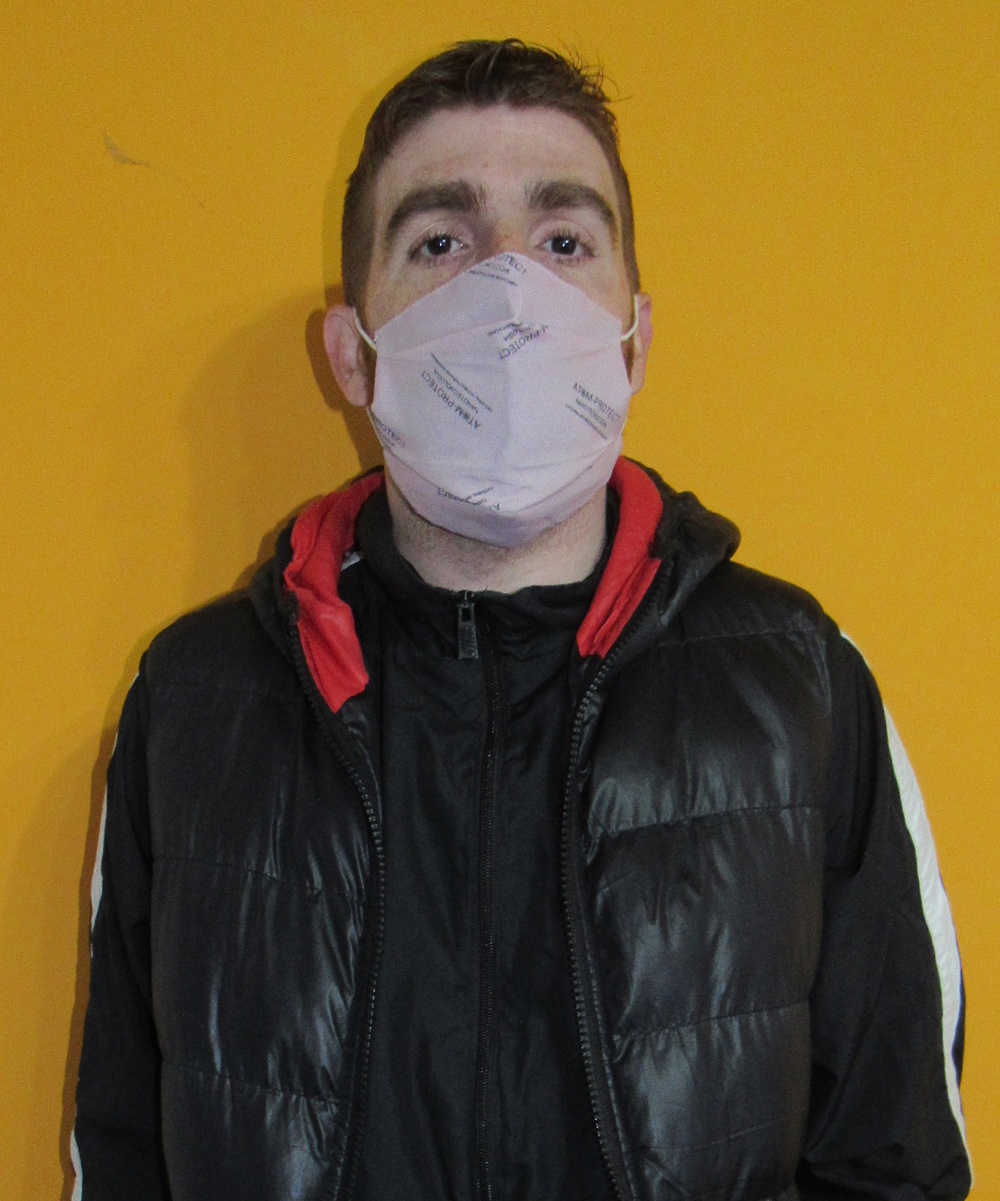 I was born in the city of Junín in the El Picaflor neighborhood. However, when I was five years old, I moved to Villa Talleres where I practically spent my childhood and adolescence.

I went to school No. 24 and then to Commercial in high school. From the basketball scene I went with Juan Sica, Franco Riva, Nicolás Maggi, the Dutto twins.

Soccer was played in the neighborhood. Occasionally to the covers with the figures of the moment. We were neighbors with Luciano Maidana, so we played from hide-and-seek to whatever we could, even soccer.

But I had a basketball hoop in my house, so every day I shot and trained alone or with Lucho, who lived next door.

I never played soccer at the club level, it was just to share a moment with the kids in the neighborhood.

I did join Ciclista Juninense and I was there for my entire career, except for one year when I went to play at Deportivo Baigorrita.

In Ciclista I was coach Maximiliano Moreno, then I had Chany López, Pablo Ferrara, Pucho Morgan and then Julián Pagura’s trial at the club came, which was extraordinary. I lived it all. From U 13 to the first.

I came to train for a year with the professional team, in the Boti Santángelo era, back in 2011.

I was champion as second assistant to Julián Pagura the year that Ciclista was promoted to the National League 2012-2013.

The following year I finished the Physical Education teacher, I did not commit to the National League. But there was the Development League.

The following year Daniel Jaule called me to go to Petrolero Argentino de Plaza Huincul and I went as first assistant. Then I was at La Unión de Colón with Damián Gamarra.

From Colón I crossed the mountain range and went to Chile. ABA Ancud hired me for a year and then I came to Ameghino de Villa María.

In Chile it was very good for me. I found a new world, completely different from here. The truth is that I really enjoyed it. The club was of very passionate people, on an island. There was a nice climate because for the people its main attraction was basketball.
I found that in the first friendly match to present the team there were 3,000 people on the field. Things that I was not used to seeing here.

I stayed in Ameghino for three years. I think it was the most successful cycle. It was in La Liga Argentina, also involved in everything that was the structure of the club, in trying to collaborate with the formations to develop boys. We had a group of fifteen to foster boys, all recruited. It was a daily job complemented a beautiful project.

I think the club had a good structure. qimei you always have to do something else. The boy had his training but apart from a basics session, another one apart from throwing and an extra work of weights. It is what I feel I have left there. I hope they continue with the same line.

What happened in Mexico was surprising. One day coach Juan José Pidal sent me a message saying that he had good references from me and that he wanted to call me.

We talked for an hour and a half about basketball. Then he called me several more times. He told me there was a possibility and we agreed. Logically I took some time to answer him.

I leave with the best learning expectations. A competitive team is being assembled with intentions of fighting the tournament.

As a move, I am going to integrate a squad with nine American players. It will be the first time that I have come across a situation of this kind. The base who was in Estudiantes de Madrid was hired, which is no small thing.

When I started working at a professional level about eight years ago, I didn’t know any English and I started studying. I was changing teachers as I moved from the cities. But I have been with a permanent academy for four years. I improved my basic English a lot and I have always been able to handle well with foreigners.

National basketball is very good. The national player has adopted as a habit to maintain a rhythm of professional life very different from before. Thanks to the Golden Generation, the average player takes care of food and does extra work.

Now many clubs are doing preseason jobs that were things that did not happen before. And all this is raising the level of the League.

Ginobili and Scola? The two best players in the history of Argentine basketball, for everything. But the main thing is that they perfectly demonstrated what is the profile of a professional player and of a person who wants to remain in high performance. That is the best legacy they have left.

Scola in recent years taking the youngest interns to train, doing work to get to a specific tournament, extending his career three or four more years to continue playing at the highest level, was sensational.