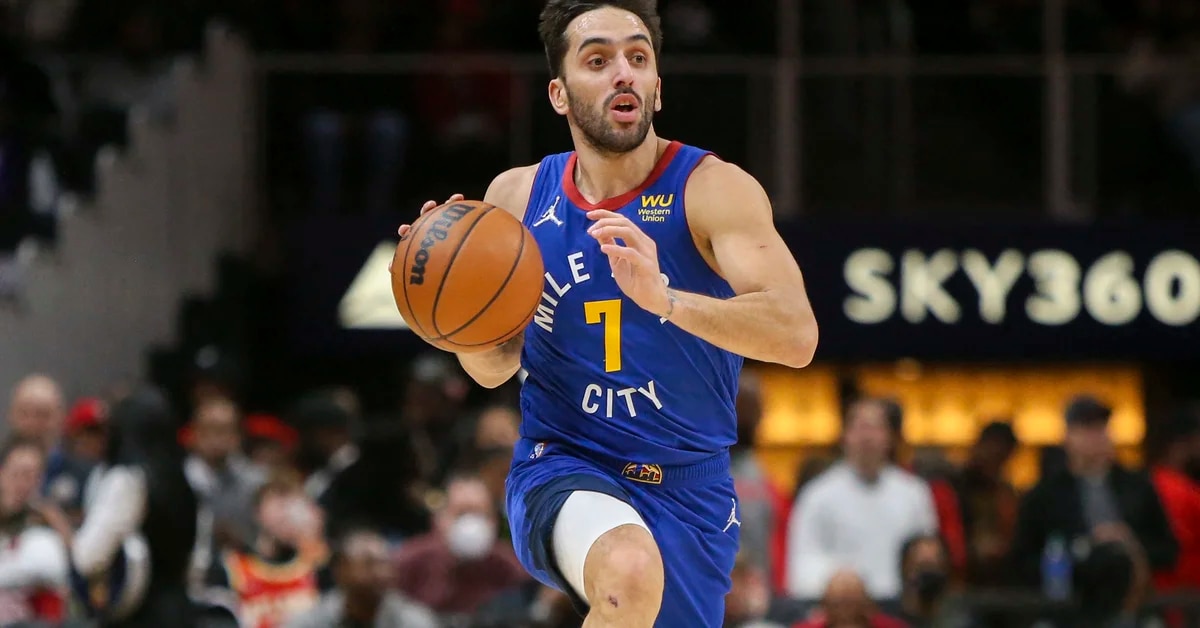 The encounter that Denver nuggets (15-14) by Facundo Campazzo should cheer tonight against Brooklyn Nets (21-9) for a new round of the regular phase of the NBA basketball was postponed due to the emergence of new cases of coronavirus among the players of the New York franchise. The organization of the contest decided to postpone the realization of the match that was to begin this Sunday at 9:30 p.m. at the Barclays Center from the need for “team and staff members” of the Nets to enter “into the health and safety protocols” in the event of new infections.

The same happened with the meetings scheduled for the day between the Atlanta Hawks-Cleveland Cavaliers and the Philadelphia Sixers-New Orleans Pelicans. In addition, the Toronto Raptors-Orlando Magic (scheduled for Monday) and Brooklyn Nets-Washington Wizards (scheduled for Tuesday) were also suspended. The next match that Campazzo’s Nuggets will have to play will take place at the Paycom Center this Wednesday, where the local Oklahoma City Thunder, which has Gabriel Deck from Santiago, will face the cast of DT Michael Malone.

The postponements came on the same day that the Hawks placed their star Trae Young on the protocols and the Los Angeles Lakers reported that their Lakers coach Frank Vogel was also added to the list. This Sunday night, at least 75 players from 20 teams had been ruled out. – or in the case of postponed matches they would have been left out – by the protocols. The number has skyrocketed in recent days. The NBA, like many sports leagues in the world, is dealing with an aggravation of the situation.

The entry of the Omicron variant triggered a new wave of COVID-19 infections in the United States, to the point that last Saturday 77,730 new cases and 454 deaths were recorded, as a result of the pandemic.

“This is not going to end today, or tomorrow or the next day,” Dallas coach Jason Kidd said Sunday. “This is going to be here for a while.”

The United States authorities expect a wave of infections among the vaccinated population given the increase in travelers for the Christmas period and the family reunions that are expected to begin in the coming days. The NBA has reported that 97% of its players are fully vaccinated and about 60% had received a booster shot as of last week. It is unknown how many of the current positive cases involve those who are ineligible for a booster dose or who have chosen not to receive it.

Kidd detailed that the Mavericks discussed concerns around COVID-19 issues before the game against the Lakers – a multi-player team on protocols – last week.

The Cavaliers included five players in the protocols Sunday. All five – center Jarrett Allen, forwards Lamar Stevens and Dylan Windler and guards Denzel Valentine and RJ Nembhard – have tested positive for COVID-19, a person who asked not to be identified because the team did not specify. the names. Those affected join Isaac Okoro and Evan Mobley, who had previously entered the protocols.

Vogel will not be on the bench during the Lakers’ visit to Chicago. David Fizdale will be in charge Sunday in place of Vogel, the Lakers reported.

The Bulls will return to action after a two-game postponement last week. At the end of the day on Saturday, those had been the only games that the NBA had had to postpone during this outbreak.

“It is what it is. You have to take good care of yourself, it’s the only thing you can do ”, Lakers guard Russell Westbrook said of the increase in NBA cases. Westbrook was briefly in the protocols during the last week, but was able to reinstate after being negative in three consecutive tests and in the end he did not miss a single game.

The league and the players union are exploring a plan that would allow teams that desperately need players to sign reinforcements through 10-day contracts that would not affect the salary cap and excess spending tax. An agreement has not yet been reached, although negotiations are still ongoing.

With 10 players, Brooklyn is the team with the most chips in the protocols. The group includes Kevin Durant, James Harden and – although he has not yet been cleared to play – Kyrie Irving, absent all season for failing to comply with the requirement to get vaccinated in New York City. On Friday, the Nets changed their criteria and accepted that Irving will be welcome “to the games and training sessions in which he can participate,” that is to say, the away commitments, except in San Francisco, where the vaccine is also mandatory.

Campazzo was once again a figure in Denver’s triumph: assists show and the streak that marks his great moment in the NBA
The fun ritual in the Denver Nuggets dressing room that crowned Facundo Campazzo for a detail in the game
The NBA has set a deadline for players to give themselves their booster dose against COVID-19: what will happen to those who do not receive it

With information from agencies.

Facundo Campazzo, without action in the NBA due to a coronavirus outbreak: the Denver Nuggets game against Brooklyn Nets was suspended