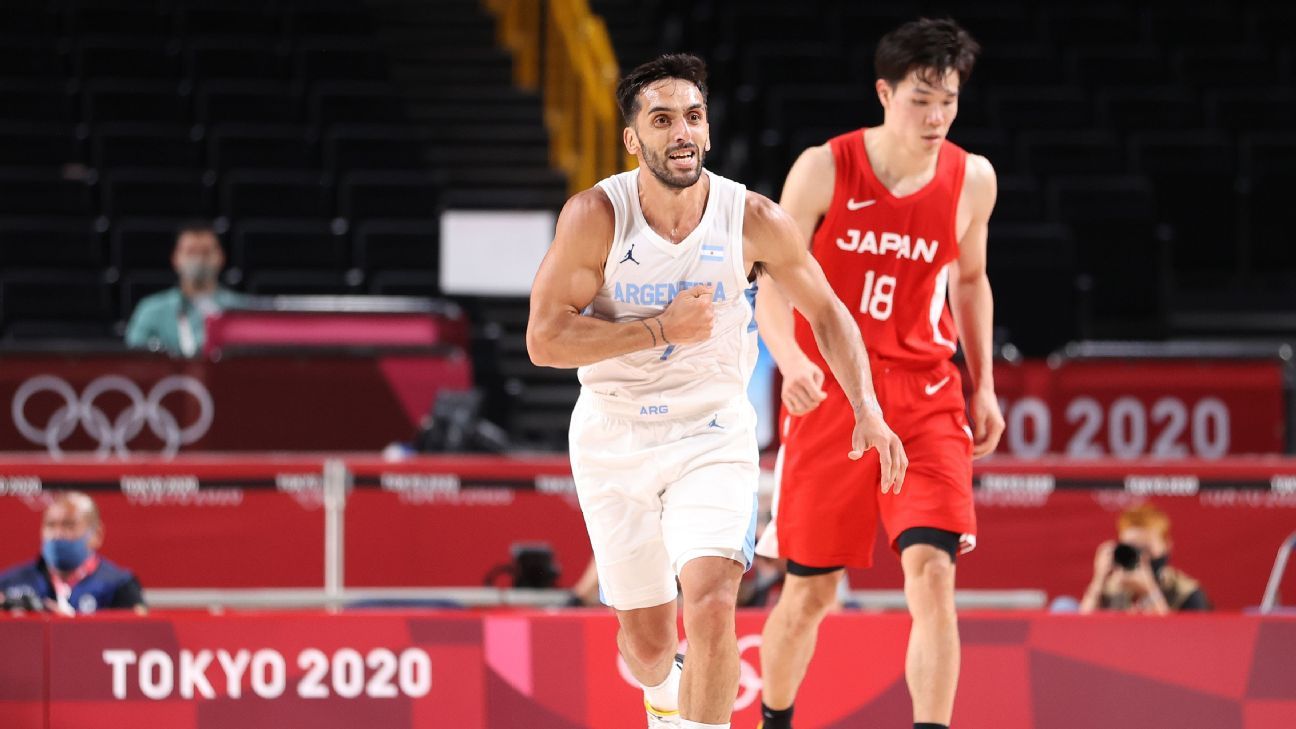 Argentina’s victory and qualification to the quarterfinals in the Tokyo 2020 men’s basketball tournament was reflected in the smiles of the protagonists. The great figures of the last runner-up in the world offered their analysis after the 97-77 victory against the host.

Facundo Campazzo said: “We were angry because we couldn’t play well. We had a hard time getting into the tournament, but we had one more chance, we depended on ourselves. We signed to qualify for the quarterfinals. Although we did not show our best level, we are already in the place we wanted and we turned the page. This continues and we will try to take advantage of this chance. “

The point guard, author of 17 points and 11 assists added: “We played a good game, we had a good time with the ball and we defended well. We still have details to correct, but we knew that with the advancement of the tournament we were going to be better. In addition, we had good attitude. We missed the good dynamics and the confidence we show today. We didn’t play well against Slovenia, we improved a bit against Spain and we did very well against Japan. We enjoy playing together and we have to think about our game to keep moving forward. Never too high and never too low. We were not the worst for having lost two games and we are not the best for this victory. “

Luis Scola, the match’s top scorer with 23 points, explained: “The team has been playing a little better every day. The first game was not good, the other a little better and this one too, and it showed in the difference. That rising line, that pattern that we are seeing, there is no reason why it should not continue in the next game and that is going to give us a chance. I am confident that this team will have a chance to compete in the quarterfinals. I am not saying that we will be candidates, I am not saying that we are going to win, but I am saying that we are going to play better. “

The Argentine coach added: “We finished the group with the good feeling today, we feel good today and the next game will be in 72 hours. We have to concentrate, we have to use the experience of the previous three games to be better and we have to play with our identity “.

The ‘Sheep’ Hernández praised the Japanese team and even considered the 97-77 result “an exaggeration”, although he praised the offensive virtues of his team. “We ran the court very well, in the second half we passed the ball well, we made a lot of triples, we defended Hachimura very well and they tried to play ‘small ball’, open the field, play one on one. In the first half it was difficult for us but in the second we found our best version and we kept it for the 20 minutes, “he analyzed.

Hernández took the opportunity to once again praise Luis Scola, who at 41 again led his team with 23 points and 10 rebounds: “Not for ever, I think he has not stopped a day in the last 25 years, including when he ends. the season, he usually works. He has been demanding for 20 years for incredible prizes, like a final in the World Cup. We are not the second best team in the world, I know it and everyone knows it, but he challenges himself all the time, “he explained . And he concluded: “The United States is better than everyone, but he says: ‘let’s see him.’ He demands the team all the time, he demands of me. I would not be the same coach without him, not because of his years, but because of his leadership. “.