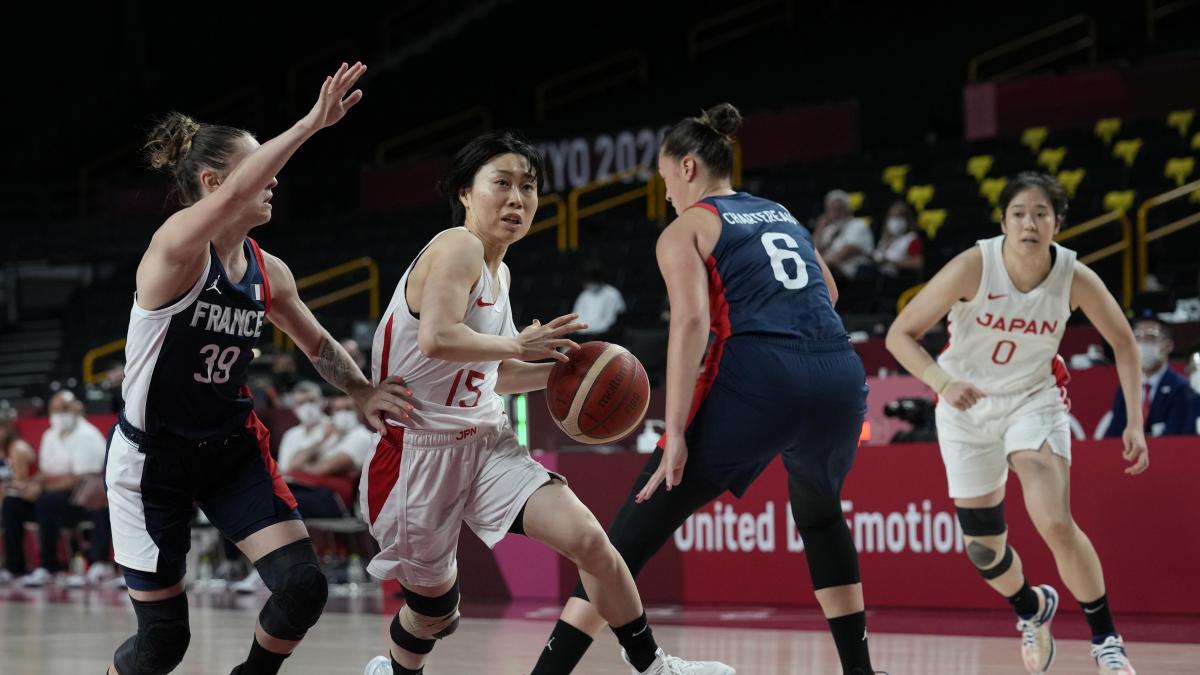 France and Japan will seek a place in the Olympic Grand Final after beating Spain and Belgium respectively.

The French and the Japanese will see each other again second time in these Olympic Games; In the first round of the group stage, the Japanese team won 74-70 with a great performance by Rui machida, which went on until 11 assists.

The Asian ensemble, led by Tom hovasse, arrives at this appointment after finishing second in the group stage and beating Belgium by the minimum in the quarter-finals.

Base Rui machida is the brain of this selection; she averages more than 12 assists per game and is the player in control and pace of the game at all times. The Fujistu Red Wave player is being the best passer of the entire championship and many of Japan’s victory options will pass through her hands. Next to her is Maki takada, the interior of this selection that is curdling some more than interesting numbers, reaching more than 14 points and 4 rebounds per game. Himawari Akaho She is another important player in Tom’s schemes; it is an eaves very versatile that loads the rebound very well- 7.8 rebounds per game– and brings a lot of versatility to both sides of the court.

For his part, combined french He reached the semifinals after finishing third in his group and beating the Spanish team in a heart attack final.

The set of Valerie garnier is taking in Sandrine Gruda your reference during the Olympic Games; The pivot of the Beretta Famila is averaging more than 14 points and 8 rebounds per game and is the internal reference of the French team, next to her is the young point guard Alix duchet, who is contributing 8 points and 3 assists per game, but above all she is in charge of changing the rhythms of the game during the game. The eaves Gabby williams, of Sopron Basket, is another of the important players of this selection. A very physical player who transmits a lot of intensity on the court.

– The ability to generate game Rui machida is going to score the game; if the Japanese point guard is able to feel comfortable and can dominate the game, the Asian scorers are going to find good shots

– Sandrine Gruda can mark the differences on both sides of the court; the French pivot was a real nightmare for the Asian team and ended the match with 18 points and 9 rebounds. If the Asian inside game is not able to minimize the impact of Gruda, it can complicate the game.

The match will be played next Friday at 1:00 p.m. Spanish time