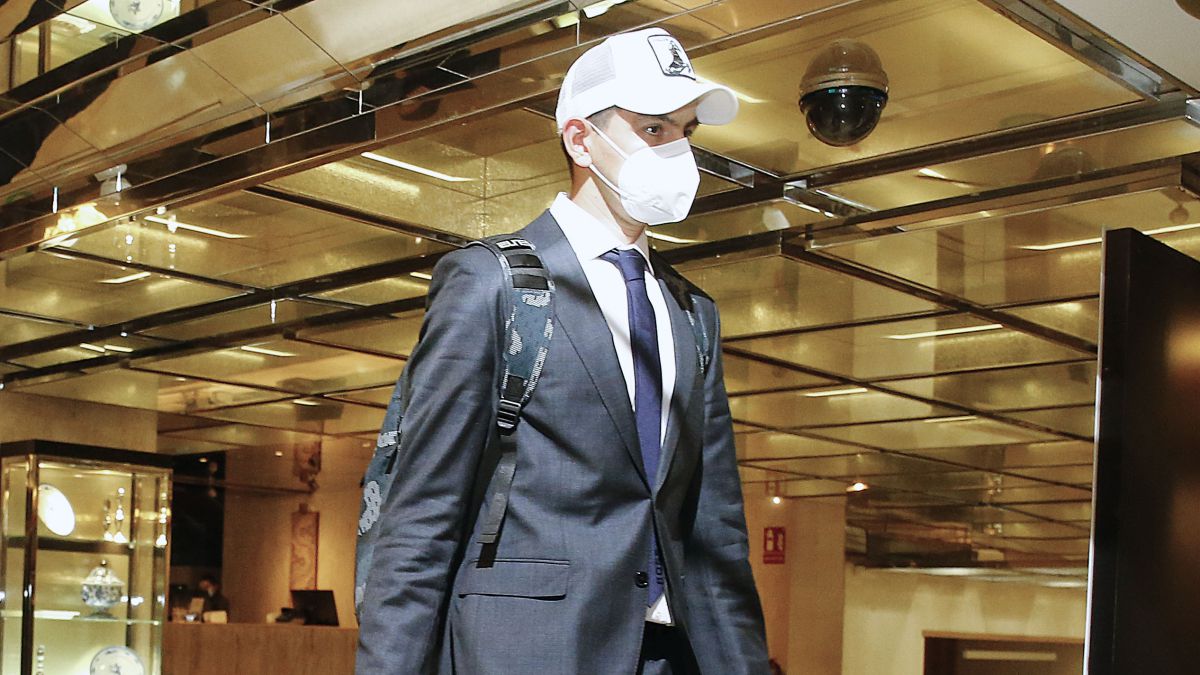 Deck is currently without a team and values ​​the future options he has in mind. The Argentine left the Thunder this week, who have cut his contract taking advantage of the fact that it was not fully guaranteed until January 10, and his next stage is yet to be discovered.

Gaby comes out of a learning stage that has brought her a lot of money but little participation. His presence in Oklahoma this season has been laughable and not at all consistent with the level he maintained when he was in Europe, the place where he can take refuge after taking the more than 5 million gross that he has pocketed.

The questions are many in the case of ‘Tortu’. Campazzo is one of those who has defended him in recent hours, pointing out that he has a level to continue in the NBA. Once out of the category of waivers, the fictitious place where the players are cut off for two days in case another team wants to fully assume the rest of the contract, the offers should fall. It is being the trend of recent weeks: cascade signings to cover casualties due to coronavirus and avoid match suspensions. The downside, if it can be described as such, for Deck is that most teams have already passed the worst of this new pandemic wave, so it is a train that is escaping.. Until the market closes there is usually a gap for these short contracts of days days, it would not be strange if some franchise agreed to test with him to see where his level really is (since in OKC he has been able to show very little, in 26 of the 33 games he has not played for a minute). The money is already insured, for this season he has already pocketed 1.7 million, so now it only remains to enter the field.

His NBA career, if it continues, would have to be rebuilt from scratch. The stage in the Thunder, strictly sporting level, has only discounted. Teams with few aspirations that could prove you by your characteristics? Pelicans, Pacers …

The return to Europe would be the most logical thing to do. Deck will stretch the NBA option as much as possible even if it has been a world that has not paid homage to him so far. In the environment of the Euroleague he was a reference before leaving. The knives will be sharpened if the player does not land a new contract, even a short one, in the NBA in the next few days.

The cache you ask for will have a lot to do with what they can offer you, of course. He left Real Madrid for being one of the lowest paid and not reaching an agreement to renew for more money. If the script with which he played in European territory is fulfilled and not the one in the American territory, where he has charged well above his benefits, economically shorter teams but in search of reinforcements (Bitci Baskonia) will have it more complicated in comparison with others. The CSKA, with a hole and the money with which they expected Kevin Pangos that is still in the box, adjusts to it. In Madrid, which enters a time of year in which he is considering signing, his immediate return is not ruled out.

The narrative thread that accompanied Deck’s departure to Oklahoma in public is not so extreme. The player warned of the brutal economic offer he received from the United States and the white club takes into account that the player’s best game in the Euroleague was the last one he played, when he had already said yes to the Thunder and at risk of injury, in the Fenerbahçe track. The relationship is not difficult to recover, he went to the NBA leaving Real in the middle of the fight to fight the European title or not.

If you return to the Old Continent, an important consideration: Barça. The forward of Colonia Dora was offered to the Barça club last summer, but it is not a possible signing without first passing through the capital of Spain. The ACB warned, when consulted, that Deck’s first refusal rights continue to belong to Real Madrid due to their interpretation of the rule. The Argentine paid the termination clause in two non-simultaneous payments, so the release is not complete and the Madrid team, if it does not go through Justice before, maintains the advantage: the team that wants to play in the ACB must go through the window of Florentino Pérez.

The examples of Heurtel and Poirier

It is also important to watch the times. In this case they will be the ones to wait if you have to hurry in the NBA. The Euroleague has already closed the deadline for transfers between teams, so a registered person this season cannot play with a second team if they go to it. Last year it happened to Thomas Heurtel so Madrid waited for the summer to sign with him. The date to watch in case Deck wants to return to the Euroleague this season is February 9: there the deadline for any new registration is closed, you will not be able to play if you do not arrive before that day. This second consideration is valid for what happened to Vincent Poirier, who was also returning from the NBA, having to play only the ACB with Madrid until the new season arrived and he was enrolled. They are two different cases that serve to support another possible option: that the eventual return to Europe does not occur this year.