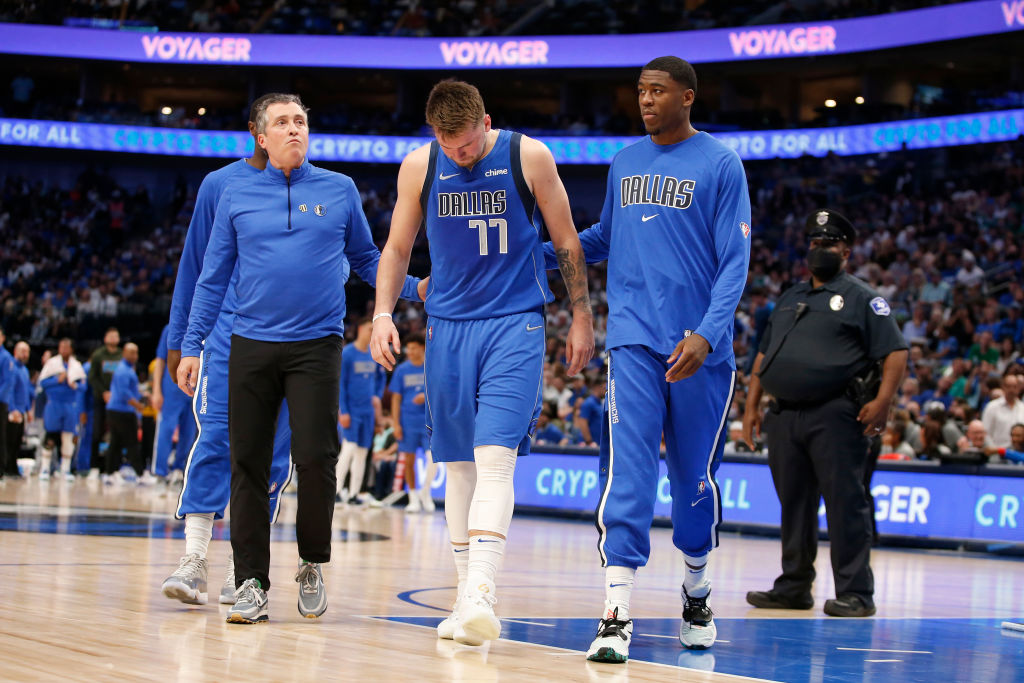 The regular season has ended with a major scare for the Mavericks. In the last game of the same, the Texans have seen Luka Doncic leave the court early due to a strain in his left calf, which has triggered all the alarms for the playoffs. The situation of the Slovenian is uncertain right now, and we will have to wait for the area to be analyzed in detail to estimate how long he may be out.

Luka suffered the injury in the third quarter, when, after throwing a pass in the air and trying to get back into position, he began to limp more than noticeably. It is not clear at what point in the action the problem took place, but its consequences were immediately noticeable and froze the stands of the American Airlines Center.

Optimism in the franchise

All in all, the Mavericks seem confident that the situation is not particularly serious. According to Adrian Wojnarowski, a journalist from ESPN, the Texans are optimistic about the extent of the injury, but for now that means little. Dallas will start the playoffs receiving the Jazz next Saturday, a game in which we will see if they can count on their star or not.

Jason Kidd’s side managed to win against Spurs despite losing the Slovenian along the way, but this ended up being a sterile win. Golden State, with whom the Mavs were fighting for the third position in the West, did not fail in their visit to New Orleans, maintaining their advantage and leaving Dallas in the same branch of the table as the Phoenix Suns, leaders of the regular season.

Despite having to leave the match with almost 15 minutes to go, Doncic finished as the most outstanding man scoring 26 points, dishing out 9 assists, capturing 8 rebounds and stealing 2 balls, which made him the leader of his team in the four sections. Curiously, Luka was initially going to miss this match due to accumulation of technical fouls, but finally the last one that was pointed out to him was annulled. Hopefully, something similar will happen with his injury and everything will be a scare that will not prevent fans from enjoying one of the players of the moment.