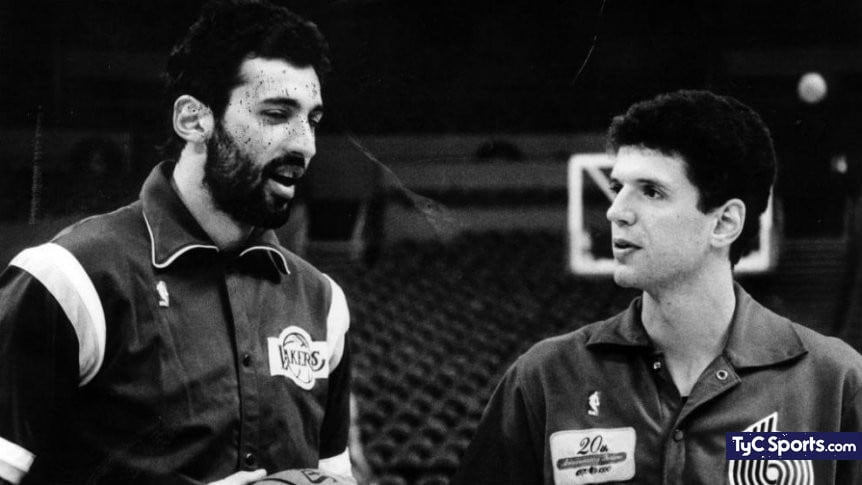 On August 20, 1990, Vlade Divac and Drazen Petrovic consecrated themselves with the Yugoslavian national team at the Basketball World Cup held in Argentina. It would be the beginning of the end of the relationship.

In 1990 the political-military tension of the separatist movements in the Socialist Federal Republic of Yugoslaviawhich would end in Yugoslav Warwas about to explode while his basketball team became world champions on Argentine soil.

Vlade Divac, Los Angeles Lakers pivot, and Drazen Petrovic, Portland Trail Blazers shooting guard, both from the NBA, were part of the team that established itself at Luna Park. They were close friends, almost brothers, as can be seen in the documentary “Eleven Brothers” (2010, ESPN). But a specific event after that final in which they defeated the USSR 92-75 would detonate the relationship.

An Argentine of Croatian descent, Thomas Sackic, entered the field with the Croatian flag and tried to “get” into the celebration. Divac took the flag out of his hands and threw it. After the incident, and fired by the media, the relationship between the Serbian (Divac) and the Croatian (Petrovic) was never the same again. They accused the Lakers pivot of having spit and trampled on the Croatian flag. In Serbia, Divac was considered a hero; in Croatia, a guerrilla who was banned from entering. Nationalist ideology, especially Petrovic’s, got in the way of the friendship.

“I went up to him and said, ‘This flag has no business here.’ And he told me something about our flag, the Yugoslav flag, in a bad way. I don’t know if he told me it was shit or something like that. He was so angry that I took the flag from him and threw it at him,” Divac recalls in the documentary about that interaction with Tomás Sakic.

“I did not react like this because I had the intention of showing rejection to anyone. I just wanted to protect my team and defend that we were a team from Yugoslavia, not from Croatia, nor from Serbia or from any other republic”, explained the Serbian-born pivot . 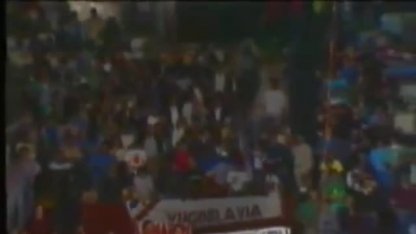 Divac – Petrovic: The estrangement from friends

Divac relates that he kept thinking that nothing had changed in his friendship with Petrovic. But he soon realized that the feeling was not reciprocal. When the Lakers traveled to Portland to face them, they practiced before the Blazers. The Californians center stayed after practice waiting for his friend, but Petrovic stayed in the locker room until Divac left the room. The Serbian went in search of the Croatian to find out what was happening. Petrovic would have argued that the situation on his land was complicated and they should wait to see what would happen (to continue with the relationship). Divac did not understand that his friendship was subject to political wars. But he accepted it and the friendship cooled to the point of extinction and that there was almost nothing more than an inconsequential dialogue in some meeting.

In 1993, in an interview when he was already a player New Jersey NetsPetrovic said: “No, we haven’t talked (in the times we’ve met). I was very close with him the first year I played in Portland, but things have been tough in our country. We haven’t talked since. He likes Vlade. He’s a good guy and a good basketball player. But this is more of a political issue than anything else.” 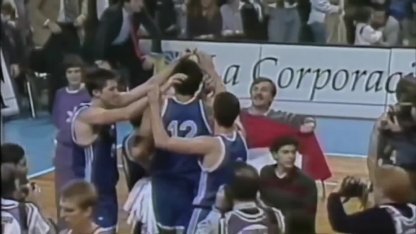 Who was the Argentine of the Croatian flag

In an interview with Page 12 in 2017, Thomas Sackic He said he did not know the nationality of Vlade Divaceven not being very aware of the Yugoslav team at that time.

“I thought that Divac was also Croatian. It was only then, when he grabbed the flag from me, that I realized he was a Serb. He had never expressed himself politically. Divac grabbed the flag from me and I ran him away. It was hard for me to move because I had the photographer’s bag. The images don’t show it, but there was a moment when we stayed 10 centimeters away, face to face, pulling the two of us. I could have hit him with a pineapple, so could he.”

“The Croatian flag is a family thing, although in all honesty I have to be honest: Divac ripped the flag off me and I later took it back, but he didn’t spit on it or trample on it”the honor of the truth that took too long to come to light.

Journalist Andres Burgo It also accounts for the likely relationship of Tomás Sakic and Dinko Sakic, former head of a concentration camp during World War II in which more than 80,000 people died, Jasenovac. Dinko Sakic was extradited from Santa Teresita to Zagreb, tried and convicted of crimes against the community, he died in the Croatian capital in 2008. When asked about this, Tomás Sakic replied: “I’m not going to talk about it… It’s not necessary.”

The tragic death of Drazen Petrovic

The Mozart of Basketballas the Croatian escort was nicknamed, tragically died in Denkerdof, Germany, on June 7, 1993, in a car accident when he went on a tour with his team. It was at a time when his career in the NBA was consolidating and it was rumored that when he returned to United States the Nets they would offer him a contract second only to that of Michael Jordan.

Get the latest NBA news and more!

Divac vs. Petrovic and the European war that broke a friendship