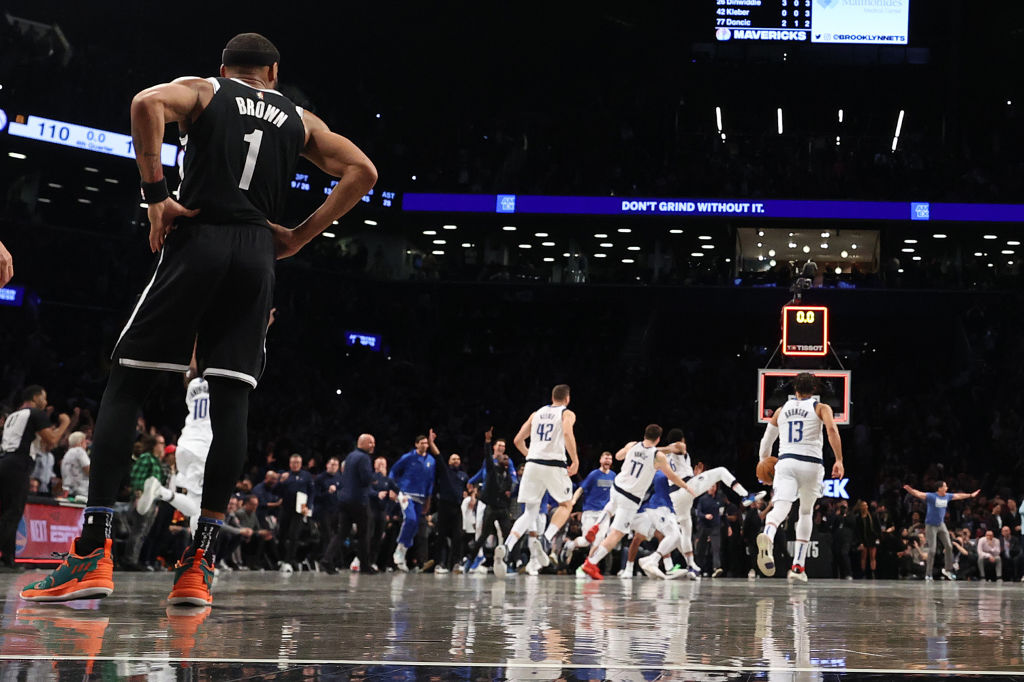 Spencer Dinwiddie has once again given the Mavericks a victory. As he did a few days ago in Boston, the guard acted as a hero for the Texans scoring the decisive triple, this time more agonizing when he arrived at the buzzer and at a time when his team were below the scoreboard. In this way, Dallas took his visit to the Barclays Center 111-113, getting his 43rd victory and tied with the Jazz in the standings.

Dinwiddie’s basket came after a few seconds of madness, as the scoreboard did not stop living changes in the last minute. Nic Claxton tied it at 108 after an offensive rebound, but Luka Doncic put his team ahead again with 22 seconds to go with a mid-range shot in the half lap. Then it was Kevin Durant’s turn, who, taking advantage of the space gained after a direct block by Bruce Brown, scored a triple that put the locals ahead with 10 seconds to go.

Doncic got the ball again, and this time he tried to run out time by not giving the Nets an option to respond in case of a basket. However, as he began to look for space to shoot, Durant came out to close him down two on one, causing the Slovenian to drop the ball to Dinwiddie, who was left alone. Despite Goran Dragic getting to score, the shooting guard got up and scored a triple that he felt like a blow to the stands of Barclays, who saw their former player once again be key in a Dallas victory.

Spencer thus reached 22 points, finishing second in that facet behind a Doncic who once again signed a superb performance. The Slovenian came close to a colossal triple-double by scoring 37 points, capturing 9 rebounds and dishing out 9 assists, the last of which ended up being the winning basket. Of course, the arrival of Dinwiddie has given Luka someone to trust in decisive moments, because, if they know something precisely in Brooklyn, it is that he is a player who has always been very decisive in those moments.

“It has been exactly the same as Boston,” assured the Slovenian. “If two defenders come for me, it means that someone is alone. I’m glad it was him. He has been able to hit the winning shot again ».

The triple ruined the potential game-winner of Kevin Durant, who with 23 points and 10 assists led his team, although not as alone as on other occasions. Goran Dragic, with 21 points, signed by far his best game since joining the team, while Bruce Brown, who scored 17, and Andre Drummond, with 14 and 17 rebounds, also added. This meant the forward didn’t have to constantly pull the Nets to keep them in the game, but he could do little to prevent Dinwiddie’s final 3-pointer from snapping the Nets’ four-game winning streak.