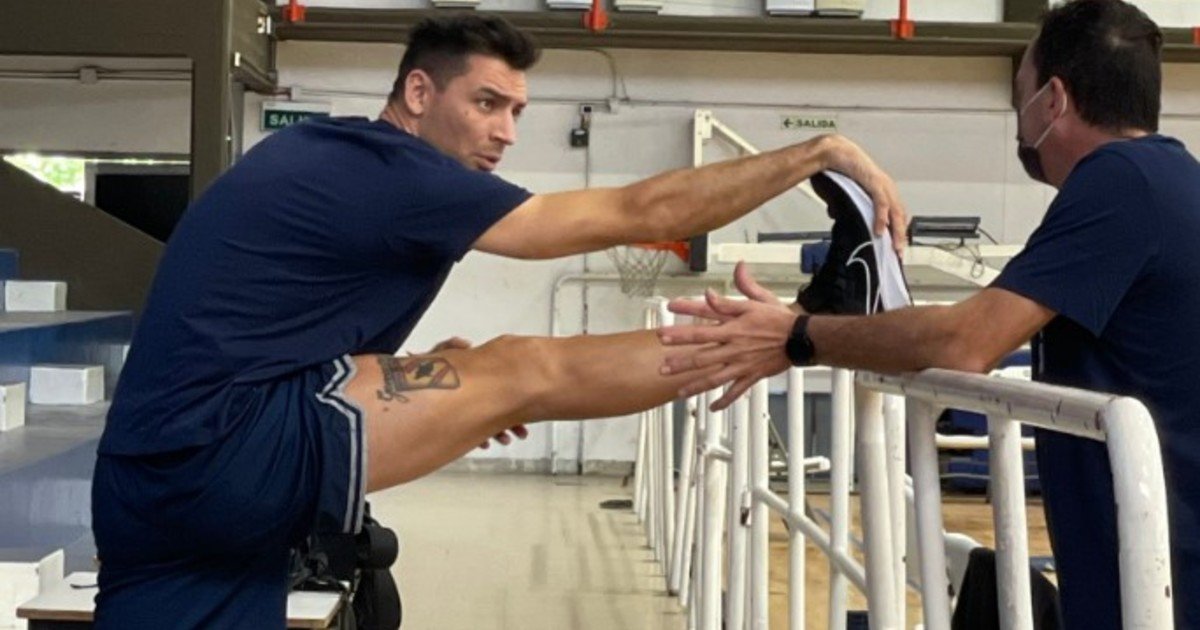 Less and less is missing for a new (double) function of the Argentine National Team. The Friday 26 and Saturday 27 the national team will be measured against Paraguay in Works to start in the best way the road to the 2023 World Cup that will be played in Japan, the Philippines and Indonesia. These clashes will not only mean the debut of Néstor García at the command of Alma, but the return of a historical: Carlos Delfino. The boat arrived today in the country from Italy to place itself under the orders of Che and return to the national team after four years.

Only the gold medalist in Athens 2004 and the bronze medalist in Beijing 2008 got out of a car with his suitcase, received a big hug from his current coach. Later, the 39-year-old made his way to Cenard to do some stretching work and catch up with the group in the afternoon.

The summoned by Che García.

“I feel butterflies in my stomach again. You keep feeling these things just like when you were 15 or 28 years old. Until the day I play I feel eligible to represent the National Team. This is what I do and I love to represent my country, “said the current Italian Pesaro player, who played his last game with the Argentine team during the Olympic Games in Rio 2016, in what was defeat to the United States 105-78 in the quarterfinals.

Furthermore, the last active member of the Golden Generation asserted: “When Néstor (García) called me and we talked about the possibility of being summoned, my floor moved. I have 39 balls, I am enjoying this moment a lot. The Argentine shirt is the most beautiful of all and I am proud to be Argentine “.

Delfino had not played in the National Team since the Olympic Games. of Rio 2016.

Others who also join

Not only Delfino joined the National Team training at Cenard. Another that also came from abroad, more precisely from Spain, It was the youthful Juan Fernández, 18, who works at Fuenlabrada. In addition, four other faces came from the Instituto de Córdoba. They are that of Nicolás Romano, Martín Cuello, Tayavek Gallizi and Luciano González

On the other hand, with his 17 players at his disposal, Che García said: “I was very anxious to come. I saw the players wanting to be here. I see the team very well, it excites me. It will be difficult to choose 12.” .

Delfino trains with the National Team