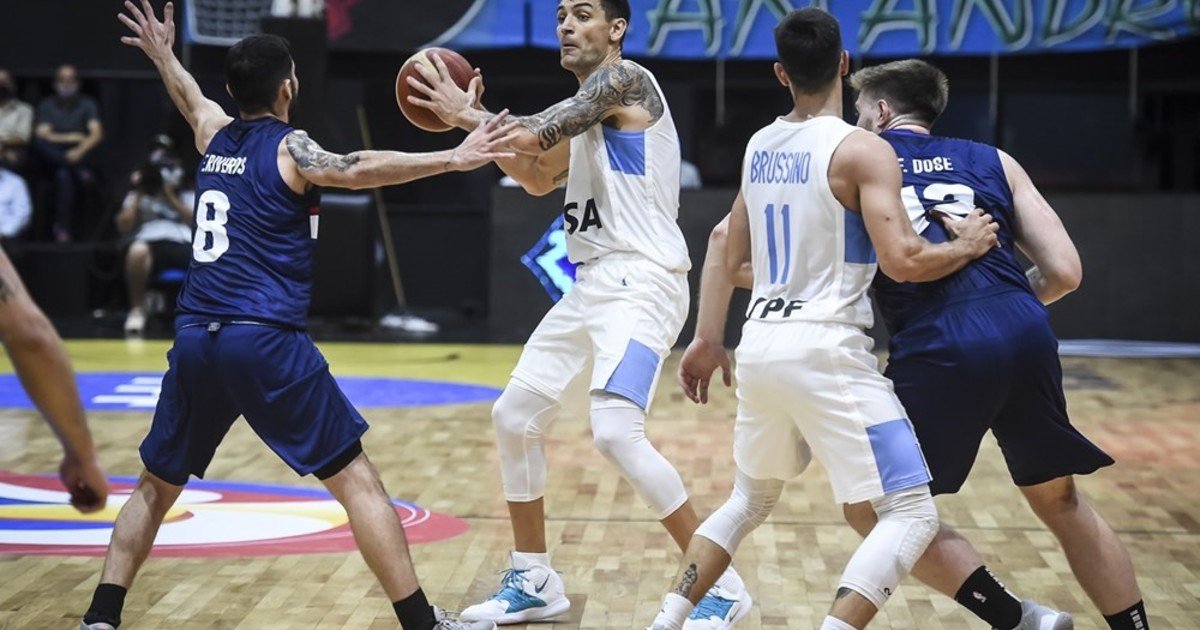 Argentina won the jump and Nicholas Roman made the first triple. Quick came another shot of three from Marcos Mata and two doubles for a furious 10-0. In works, the cycle of Néstor Che García fulfilled the logic and started with forcefulness by beating Paraguay 93-67. In front of the same rival and scenario, the selected one will play from 22.10 (TyC Sports and DirecTV) the second date of Qualifying for the World Cup in Japan, Indonesia and the Philippines.

The experience in the Temple of Rock was a night of reunions. Although García is in his first cycle at the helm of the albiceleste, he was already an assistant in other stages and recovered the sensations of sitting on the substitute bench giving instructions. Of course, he is now in another role, as the head of a group that will seek its own identity. after the departure of Luis Scola and Sergio Oveja Hernández. The public saw the team on the court again following the first qualifying match for Americup 2022 in February 2020. For Carlos Delfino it was also special. And how special!

The 39-year-old Santa Fe, who did not give up despite the injuries that came his way, returned to wear the blue and white after more than five years and 1,927 days. His last time had been in the defeat against the United States by 105-78, in the Olympic Games in Rio de Janeiro. That time, against Kevin Durant y Cía, he left with 3 points. Last night he finished as the top scorer of the match by signing a list of 21 goals (9 of 16 from the court) plus six assists and four rebounds.

After that 10-0 start, Argentina relaxed despite the push of the people in a Temple of Rock with sold out tickets and Paraguay was only three behind (9-12). Even in the second quarter, he was twice as far away (25-27), but there the National Team accelerated. A 13-0 run undid any visitor chance, which never came that close again. This allowed him to rotate Che, who made his debut for Juan Brussino (7), Kevin Hernández (0), Sebastián Orresta (7), Agustín Barreiro (17) and Juan Francisco Fernández (0).

By the same national group, Venezuela beat Panama 77-56. Of the four teams, three will advance to the next phase and they will continue on their way to the first World Cup to be held in more than one country.

Delfino returned with everything in the triumph of the National Team