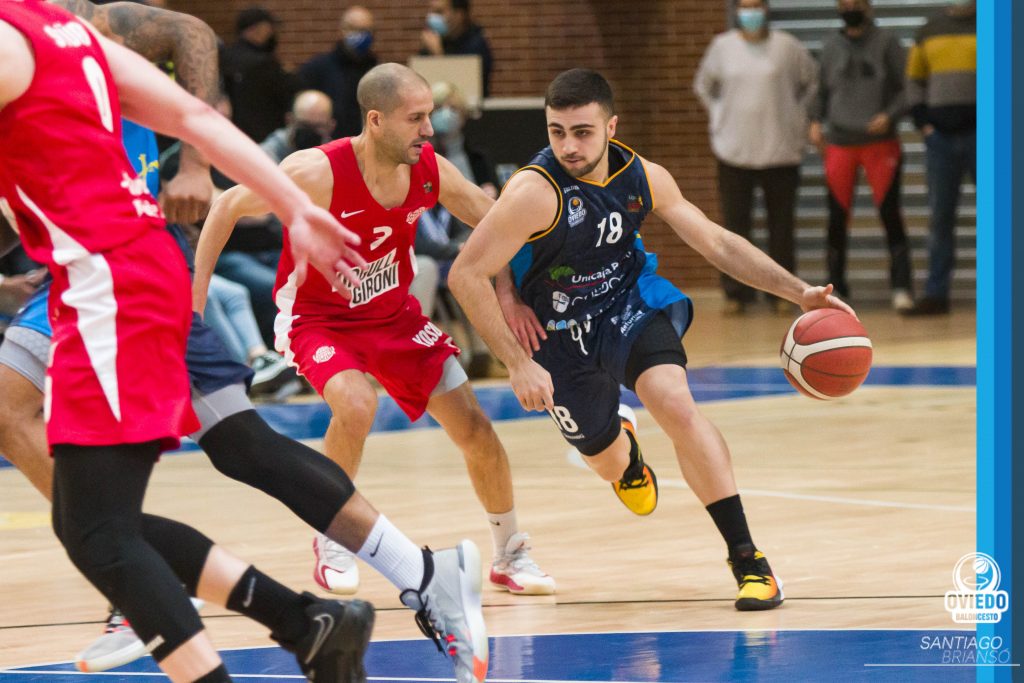 A game that was postponed twice due to the incidence of covid 19 in the Oviedo squad and that, with the stands full of Pumarín, has not been the best day for those of Natxo Lezkano.

Without being able to count on the two new players, Hansel Atencia and Paul Jorgensen, for having been registered after the original date of the match and with the loss of Jeff Xavier, the perimeter only had one playmaker: Alonso Meana. Inside, Herve Kabasele has been a doubt until the last minute and his presence on the track has been testimonial.

In the rival team, the absence of Marc Gasol has also marked a match marked in red in all the calendars of the LEB teams due to what the Sant Boi pivot means, but his absence has not been noticed in Jordi Sargatal’s team .

With a starting quintet of circumstances made up of Meana, Lobaco, Kamba, Mcdonnell, and Arteaga, the OCB has not been on track since the beginning. Just a triple by Raúl Lobaco and a basket by Arteaga sustained the blue attack in the first few minutes. An 0-8 run with 3’40” remaining in the run forced Lezkano to request a timeout. Without reaction, the period has ended with a 10-21.

As positive news, the debut of the youth squad Fernando Suárez with the first team has been experienced. The first of his have arrived as soon as he entered the court and during the minutes that he has played he has shown some of his virtues in front of the hoop.

In the second quarter the OCB enjoyed its best minutes. Five points from Alexis Bartolomé, a triple from Meana and another two points from Arteaga reduced the lead to 10 points.

Oviedo Baloncesto has survived thanks to the rebound, the only aspect of the game in which it has beaten a Girona team that found free shots and began to enjoy themselves on the Pumarín parquet. A 27-38 at half-time gave the parish some hope, but everything fell apart in the second half.

With a 0-7 start in the third period, Basquet Girona finished the game. Incapable in attack, the locals have collided again and again against the defense, the hoop, the board to stay with just 46 points.

Next Sunday the team travels to Lleida to make up the last postponed game of the first round against Força Lleida.