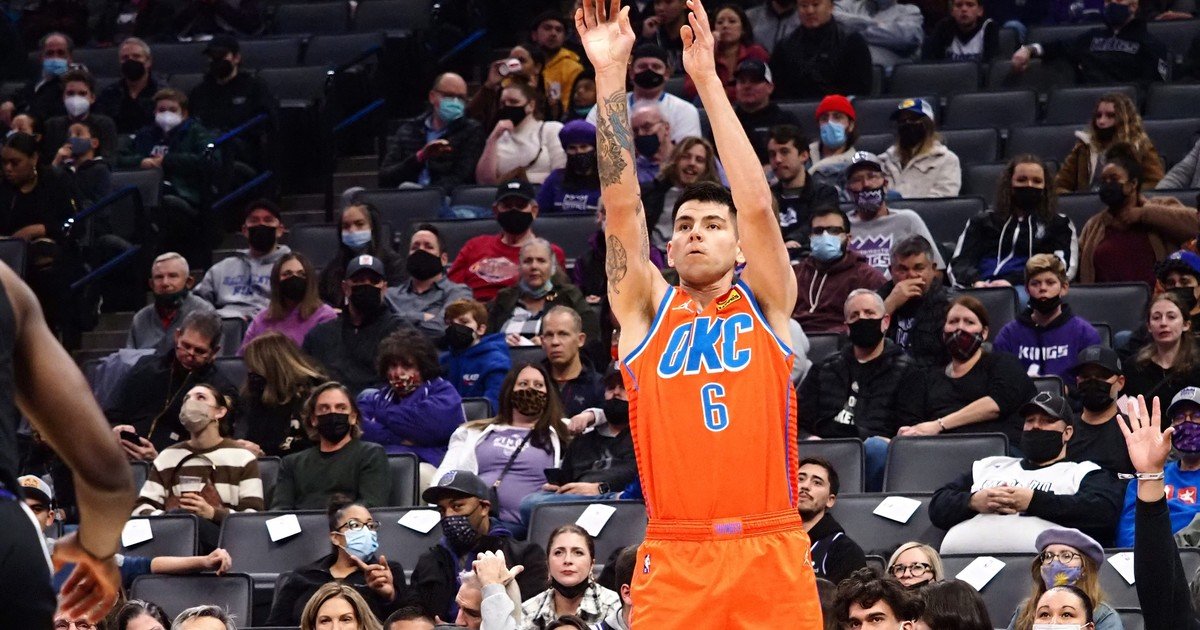 The adventure of Gabriel Deck in Oklahoma city thunder finished. And most likely in the NBA as well, at least in the short term. The santiagueño was cut by the franchise that marches in the 13th position in the Western Conference and in 48 hours he will be able to sign with any other team. This also includes Europeans, a continent to which the forward could return after leaving last season from Real Madrid.

Tortuga’s debut at the end of the previous season was exciting to see him with a lot of activity in a team in full reconstruction and with a lot of young talent. Deck played the last 10 games in which he averaged 8.4 points, 4 rebounds and 2.4 assists in just over 21 minutes on the court. But something changed for this one and Mark Daigneault, the manager of OKC, stopped considering it a priority. When asked about it, he clarified that he had to work to earn a place in the rotation, although he never gave him the opportunity to keep that position.

For the santiagueño there were only 17 parties in the elite.

The forward who made his professional debut in Quimsa in 2009 has only played 7 games so far in 2021-22. with an average of 8 minutes on the court. In such a short time it was difficult to show off Tortuga, who has an average of 2.6 points and less than one board and passes goal per game. The man from Santiago had only one game of more than 20 minutes this season and it was the day the Oklahoma City Thunder lost 152-79 to the Memphis Grizzlies. The 73-point difference between one team and another means the largest in the history of the league. That is one of the last memories of the benchmark of the Argentine National Team in its passage through the best basketball competition.

Carmelo Anthony was one of the players he faced.

Beyond the fact that on social networks there is an anger from Spanish fans with Deck, the 26-year-old player left on good terms with the Real Madrid leadership and the door was left open for a second stage at some point. We will have to wait if a team takes him on the famous “waivers” and thus guarantee him a contract, or if he continues his career in another direction. Europe seems to be close.

In Real Madrid he left a great image.

Deck is no longer an NBA