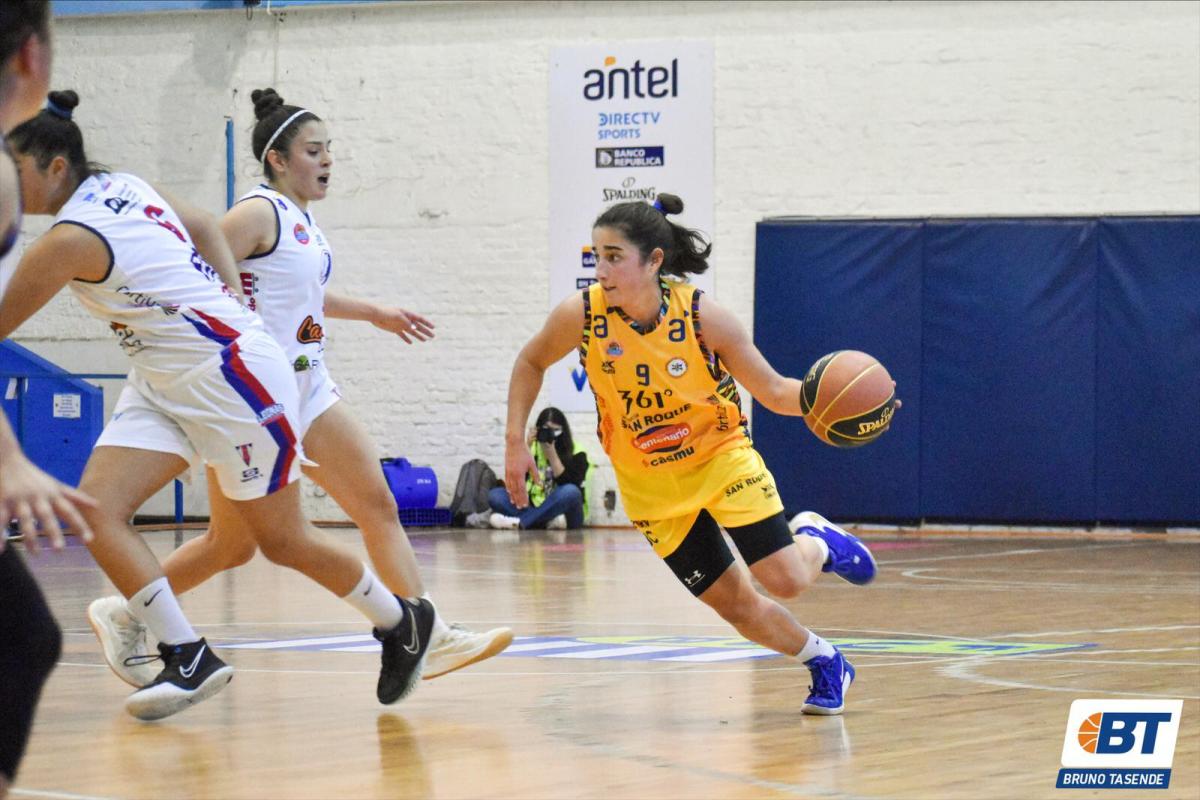 With a tremendous game by Joaquina Gregorio, Hebraica Macabi debuted with a comfortable victory against August 25 for the Women’s Basketball League.

The duel in the CEFUBB began with both teams running the court. The Leonas capitalized on the paint with Dagnino and Mazzariello, while the Maccabees played the outside shot and Cartro’s rebounds on offense. A Natasha Dolonsky bomb left more than equaled half of the boy, but the spots in the paint thanks to the penetrations of Paula Tellechea left the inmates alone. Cartro continued to be the mainstay of Luis Pierri’s team in attack, as the goal in the painted area was added by the outside shot. Down the stretch, both teams couldn’t find a good shot selection, causing the first quarter to close 14-13 in favor of August 25.

The second ten minutes began with two bombs by Joaquina Gregorio who returned the leadership to the Camacuá street team. Meanwhile, 25 was not comfortable, since the pressure of his rival plus the null contributions in attack made the passage was adverse. The Maccabean base was still unstoppable and with a couple of bombs they managed to make the distance into two digits. That was not the only key, since the rebounds in attack allowed the yellow team the possibility of having second shots. Dagnino’s free games were an oasis, since the Bado street cast could not contain their shots and on the rebounds they were widely outmatched. The teams went to the locker room with a score of 33 – 22 in favor of Hebraica and Macabi.

The complement had a frantic start by Macabi, who put a 13-3 partial in three minutes with the triples of Dolinsky, Romina Dalesandro and Joaquina Gregorio, opening the maximum of 21. Those led by Juan Manuel Loureiro were able to set up circuits of game and succumbed to the high pressure of Hebraica. Far from taking their foot off the gas, the Ciudad Vieja team continued with the level shown, leaving any kind of reaction from the lionesses to no avail. Dolinsky’s penetrations were the main reason the gap kept rising. A bomb from Florencia Benítez and a later free from Gomenzoro left the score at 58-30.

The final period maintained the intensity that the meeting had been showing, but the effectiveness was not the same. 25 was looking to generate from the pick with Piriz, but Dagnino could not find space to receive due to the iron defense. Dagnino and Piriz were in charge of making up the actions a little with actions under the post and the other with shots from the outside. With the process already settled, the last minutes only played in favor of Hebraica, which ended up taking the victory in its debut in this Women’s Basketball League in figures of 72-42.

In the winner, the figure of Joaquina Gregorio stood out, with 20 points, 4 rebounds and 4 assists. He was well accompanied by Natasha Dolinsky with 15 points, 6 rebounds and 5 assists. Meanwhile, in 25 Rossana Dagnino had 13 points and 11 rebounds.