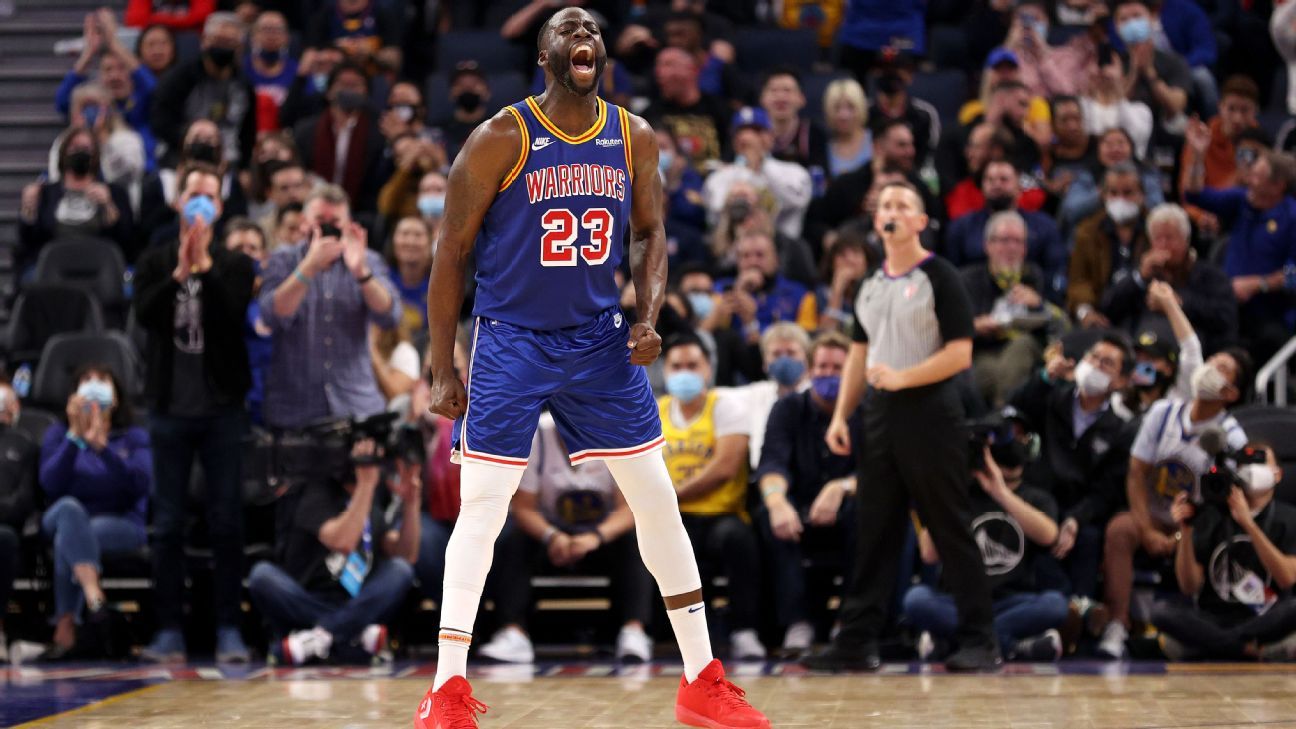 SAN FRANCISCO – The forward of the Golden State Warriors, Draymond Greensaid Thursday that he expects to be out for another three to four weeks because of a lumbar disc injury that has sidelined him for 14 games.

Green, who earned his fourth All-Star selection as a reserve to the Western Conference on Thursday, said he would not attend the festivities to rehab a back injury.

But he made it clear that the timetable for his return is not set in stone.

“I can’t really put a definite timeline because right now I’m just getting rehabbed and getting stronger and letting my body heal,” Green said. “Ideally, I would love to be back in the next three or four weeks. But I can’t guarantee that.”

“When I take care of my back, the only thing I’m not going to do is run back. And if I’m not back in three weeks, that doesn’t mean I can’t play either. I want to come back. I’ll do it when I’m 100 percent sure that I’m healthy, I’m in great shape, because the reality is that I don’t want to come back with poor game form”.

Green said the injury first appeared on Jan. 8 when he was sitting at home, but he didn’t know it was his back that was injured. He said that initially he only felt pain in his calf.

Green told Warriors director of sports medicine Rick Celebrini about his calf. Celebrini put Green through a series of tests, which Green said he was unable to do. He tried to do the warm-ups the next day, before the return of Klay Thompson against the Cleveland Cavaliers on January 9 and immediately knew that he was not going to be able to play.

But Green said he still didn’t know his back was the problem. That was revealed to her later that week when she underwent an MRI.

Green added that he was a bit concerned as he was dealing with his back, but said all the news he got from his doctors put his mind at ease. The biggest relief for him was that the doctors said that he would not need surgery or any type of injection.

“When it comes to the back, [la cirugía] it’s always a possibility, so we had to cross that bridge to see if it was necessary,” Green said. “Nobody thought that was necessary and my progression has proven that to be true so far. And I think it will continue to be so.”

Green said there is no concern that the injury will come back later and that he has not felt any pain in his back since the calf strain first appeared. His calf feels good too.

Last week, Green was able to return to the court for the first time since Jan. 9. He doesn’t have a clear timetable for what he follows in his rehabilitation process, but his priority will be to get his strength back, while also making sure his game returns to the level he was at before he died. the injury.