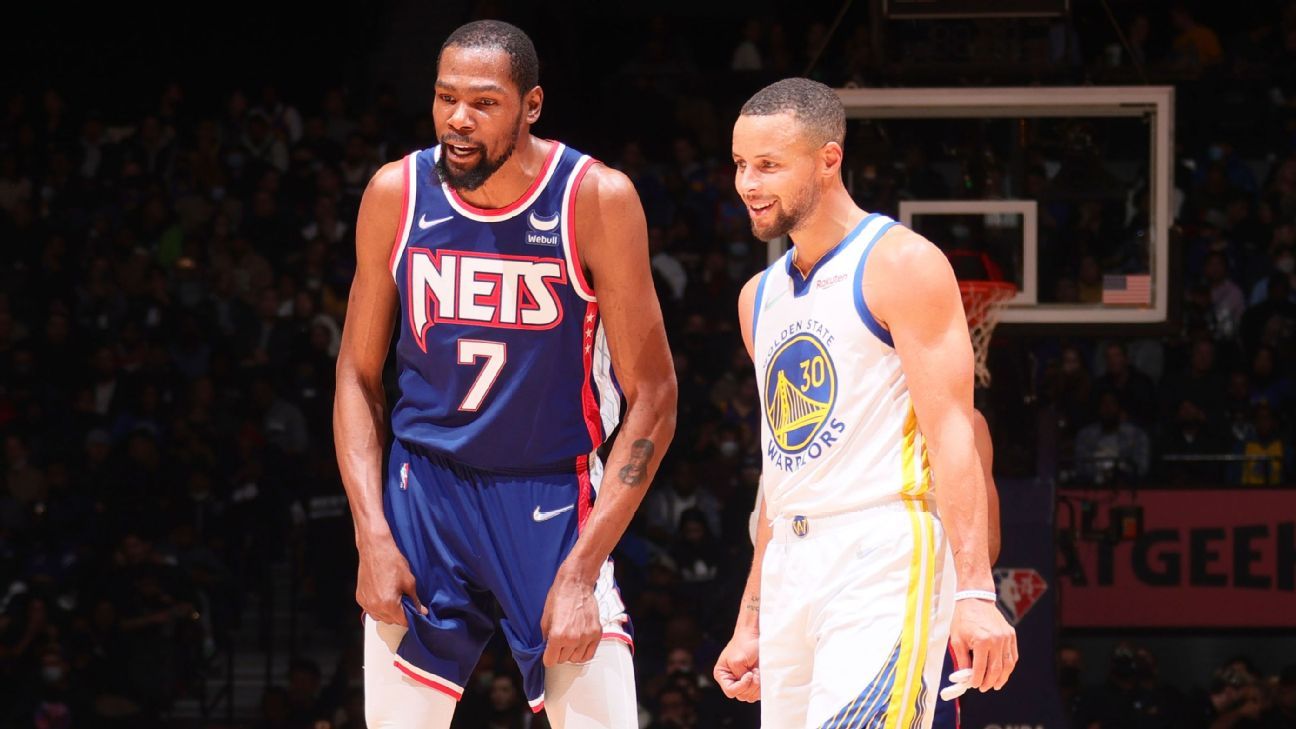 NEW YORK – The base Stephen Curry of the Golden State Warriors and the forward of the Brooklyn Nets Kevin Durant, perhaps the top two candidates for the Most Valuable Player, were named the first Western Conference and Eastern Conference players of the month of the NBA season Thursday.

Curry, the defending scoring champion, won the West’s Player of the Month award for leading the Warriors to an 18-3 record and averaging 27.8 points, 6.6 assists and 5.7 rebounds per game in October and November.

Curry shot 45.2% from the field and 41.2% from 3 points during that span. He scored more than 40 points four times, including an NBA season-high 50 points, against the Atlanta Hawks in early November.

Durant, who has been named player of the month 15 times in his career, averages 35.8 minutes per game. Nets head coach Steve Nash would like to lighten Durant’s load as he has been playing with a right shoulder problem.

“It’s not ideal for him to have that much load, but I don’t know what options we have other than to play less with him and lose more,” Nash said Tuesday. “He is a great player, and we have without a great player [Kyrie Irving] and a very good player [Joe Harris] And some others. So I don’t know if we have the luxury right now. Hopefully the season provides us with those opportunities. We recently had one with his shoulder that he didn’t play on for four days, so it lessened the blow and allowed him to regenerate. But he’s going to have a lot of responsibility. “

Curry and Durant named players of the month