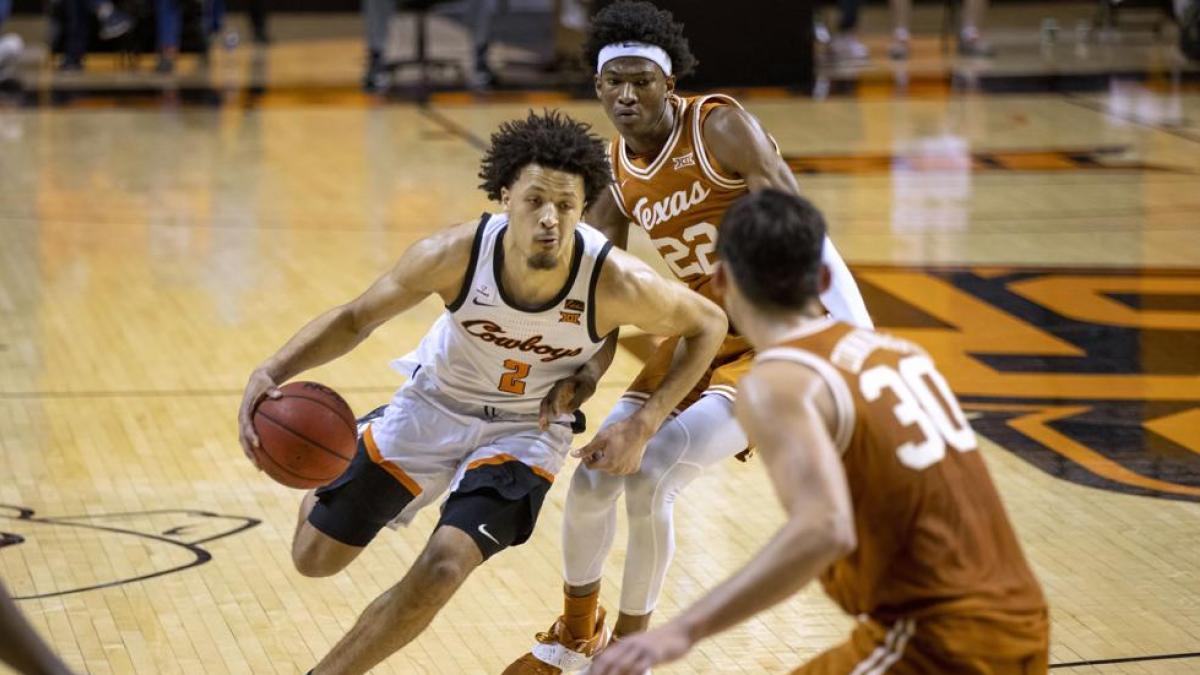 Forward Cunningham is already the new number one in college basketball in the NBA, after the Detroit Pistons chose him with the rights to the first selection hours after the mega-transfer of point guard Russell Westbrook to the Los Angeles Lakers was known.

Cunningham, 19, began his career in the professional world of the NBA sharing media prominence with the player who can change the history of the Lakers again by arriving in the Los Angeles dynasty to form the new “Big 3” of the league, with forward LeBron James and center Anthony Davis.

But while Westbrook’s trade from the Washington Wizards was not expected, the choice of 19-year-old Cunningham was assured after having shown in his short college stint with Oklahoma State that his fluid play, scoring ability and passing , I was not going to have a rival at the time of selection.

So it came as no surprise that the Pistons picked the first-year All-American with the top pick like they did to open the draft Thursday night in New York.

A start to a draw, in which several teams used their top picks on size playmakers, including Florida State forward Scottie Barnes and Australian teenager Josh Giddey, who moved up a few more spots than expected to place in all six. first.

But the way the game has evolved into a freer flow of positions makes players like Cunningham, Barnes and Giddey more valuable than ever with their ability to move across the field, hence also the great signing the players have achieved. Lakers with Westbrook, the all-time “king” of triple-doubles.

The Pistons, through their general manager, Troy Weaver, are convinced that Cunningham will develop into that type of player who is not only a leader on the field but the new face of the franchise with efficient and spectacular basketball.

It is true that the Pistons had all the options and scenarios open with Cunningham, but in the end the Detroit team was left with the 19-year-old who was always seen as number one in college,

The Arlington, Texas forward lived up to expectations as he finished his short college career with averages of 20.1 points; 6.2 rebounds and 3.5 assists with a game that allowed him to be unstoppable when he was on the field.

With less prominence, 19-year-old guard Jalen Green arrived at the Houston Rockets, who chose him as number two, but the Texan team is convinced that they have achieved a future NBA star, which will be quite a show to see. play.

Next up was Southern California freshman center Evan Mobley, favored by the Cleveland Cavaliers as number three. Suggs and Congolese forward Jonathan Kuminga were the other players considered at the top level of the draw, with Suggs being fifth to Orlando and Kuminga seventh to Golden State.

Barnes, for his part, had won draft drills but offered the first surprise by going to Toronto with the No. 4 pick ahead of Gonzaga’s rookie point guard Jalen Suggs.

Barnes is a long-armed forward who led the Seminoles offense and has the ability to be an elite defender with his length and ability to chase smaller ball handlers around the perimeter.

That’s why Barnes felt he could “fit in well doing different things” with the Raptors, something Canadian team coach Nik Nurse also thinks.

Two picks later, the Oklahoma City Thunder, at number six, landed Giddey, who was considered a potential lottery pick as the leading game leader and a big overlooked touch, as well as starring in an all-out basketball.

The draw included numerous exchanges, but none like the one starring Westbrook and Lakers, which can again change the balance of the league within the Western Conference.

Among the exchanges prior to the draw was that of Spanish point guard Ricky Rubio, who while triumphing with the Spanish basketball team in Tokyo 2020, the Minnesota Timberwolves sent him to the Cleveland Cavaliers, for selection rights, and guard-forward Taurean Prince, once again breaking the new cycle that had started last season. EFE