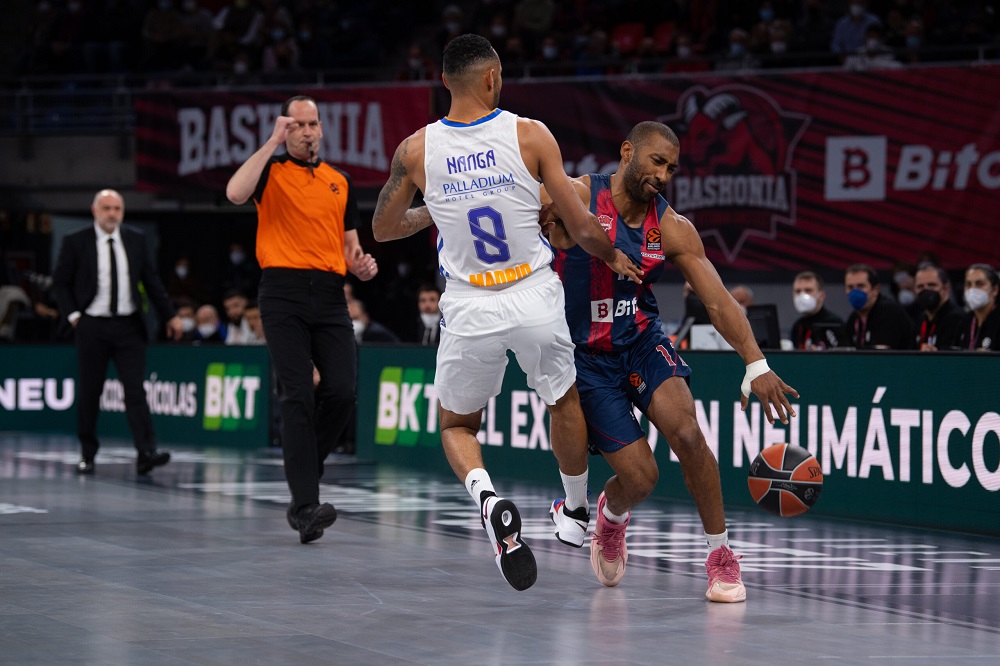 Baskonia fell at home to Real Madrid in a new day of the Euroleague. Jayson Granger’s team lost six of its last seven games in the tournament.

By the twelfth date of the most important club tournament of the old continent, Baskonia and Real Madrid were seen. The former came from falling at home to CSKA Moscow, while the latter came from beating Red Star at home. Neven Spahija presented a quintet made up of Jayson Granger, Wade Baldwin IV, Rokas Giedraitis, Tadas Sedekerskis and the North American Steven Enoch. For their part, those led by Pablo Laso took the field with Fabien Causeur, Alberto Abalde, Adam Hanga, Guerschon Yabusele and Walter Tavares from Cape Verde.

The match held at the Fernando Buesa Arena had a fairly balanced start, in which both teams tried to capture their main offensive attributes in the rectangle. The home team featured a highly inspired Steven Enoch at the low post, while the visiting team hurt with French Fabien Causeur’s medium and long-range shots. Between the end of the first period and the start of the second, those from the capital managed to gain an advantage of 14 points, being important for this the players who arrived from the substitute bench, especially Thomas Heurtel and Rudy Fernández. Those of Vitoria-Gasteiz could not find a way to stop the offensive power of their rival, while at the time of scoring they depended in excess of what some individuality could do.

At the beginning of the second half, the visit was in front of the electronic in figures from 53 to 34. In the first bars of the complement, a clearly marked procedure could be observed, where one team sought to react by all possible means and the other Its main objective was to maintain the difference generated in the initial stage. The Basques had Lamar Peters as their standard bearer, while the Madrilenians did damage in painting by Vincent Poirier and Walter Tavares. At the beginning of the last quarter, those led by Pablo Laso had an income of 24 points in their favor, which would be lapidary for the aspirations of those led by Neven Spahija. Finally, Real Madrid was left with the victory by 88-60 and thus remains the leader of the Euroleague with a 10-2 record, leaving Baskonia in 14th position with a balance of 4-8.

In the winner the figure of the Frenchman Fabien Causeur stood out, who scored 13 points, well accompanied by Thomas Heurtel with 12 points and 9 assists. On the loser’s side, Simone Fontecchio finished as the scorer with 14 points.

Uruguayan point guard Jayson Granger spent 20:50 minutes on the court, in which he did not convert points (0/1 triples and 0/1 doubles), captured 3 rebounds and distributed 4 assists, with a total valuation of 4.

The next commitment of our compatriot’s team for the continental tournament will be in a week’s time, when in Lithuania they have to face Zalgiris Kaunas. While the ACB will be active again on December 5, visiting the Football Club Barcelona.