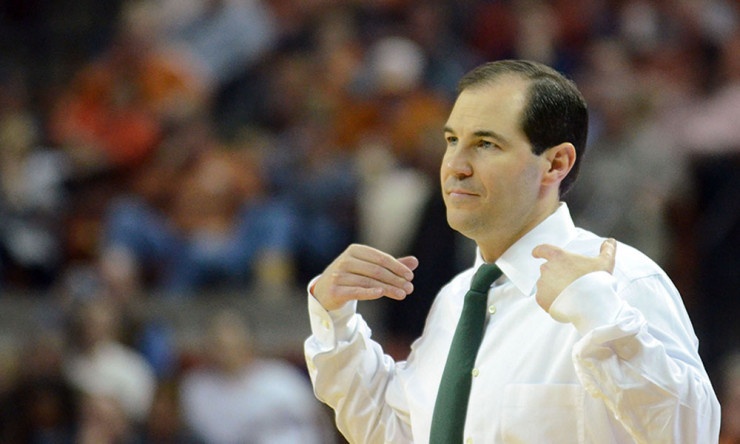 We could see more at college basketball games today! Even though one ranked game was postponed due to COVID, we still have plenty of other exciting ranked games on the college basketball schedule tonight. Let’s take a look at all of them, providing a brief preview along with when and where to watch them.

The undefeated USC Trojans have an afternoon game on the college basketball schedule today. They make the trip to Stanford to take on a team they tore apart in their only meeting last season.

South Carolina vs. No. 22 Tennessee

Tennessee needs to right the ship quickly. They have two losses in their last three games, with the only win coming in overtime against Ole Miss. South Carolina may be a big underdog tonight, but they are coming off a tough win against Vanderbilt.

Baylor is undefeated and playing at home. They look incredibly strong once again this season. However, tonight they face a dangerous Texas Tech team that is coming off a win against Kansas. The Red Raiders defense is going to make this a tough game in Waco tonight.

No. 18 Kentucky vs. Vanderbilt

The Wildcats are back. After a season in which they seemed to struggle with every game on the college basketball schedule, Kentucky is 12-3 this season and looking strong. While Vanderbilt isn’t a pushover, Kentucky will clearly be the most talented team on the floor tonight.

This college basketball game today should be a good one as two ranked teams from the Big 12 will go head-to-head. On top of that, both schools are also coming off bad losses. Kansas is the heavy favorite at home, but Iowa State has the talent to take down the Jayhawks.

No matter the sport, it’s always fun when Oklahoma and Texas get together. Both schools enter the game with the same record, although the Longhorns are the seeded school in this matchup. Texas also plays at home and is coming off a loss to Oklahoma State. They won’t want to lose back-to-back games against Oklahoma schools.

No. 25 Illinois vs. Nebraska

In the only college basketball game today to feature a ranked Big Ten school, Illinois will look to make quick work of Nebraska. The Cornhuskers are 1-4 in their last five games, which includes a 28-point loss to Rutgers. Yeah, they’re not great. Still, Illinois must show up to prove it’s worthy of qualifying.

In the final ranked vs. ranked matchup of today’s college basketball games, Alabama hosts Auburn. If you like points, this will be a fun game to watch. This game is also expected to be close and competitive. Whether you’re doing the dishes or falling asleep on your couch, this will be a good game to play tonight.

No. 23 Providence vs. Creighton

In the last game we’ll talk about on today’s college basketball schedule, we have a Big East matchup between Providence and Creighton. Simply put, Providence has taken care of business against teams they should be beating. Creighton is coming off a tough loss against Villanova in which he could only add 41 points. This is likely to be a very close, low scoring fight.

No. 7 Purdue vs. Michigan