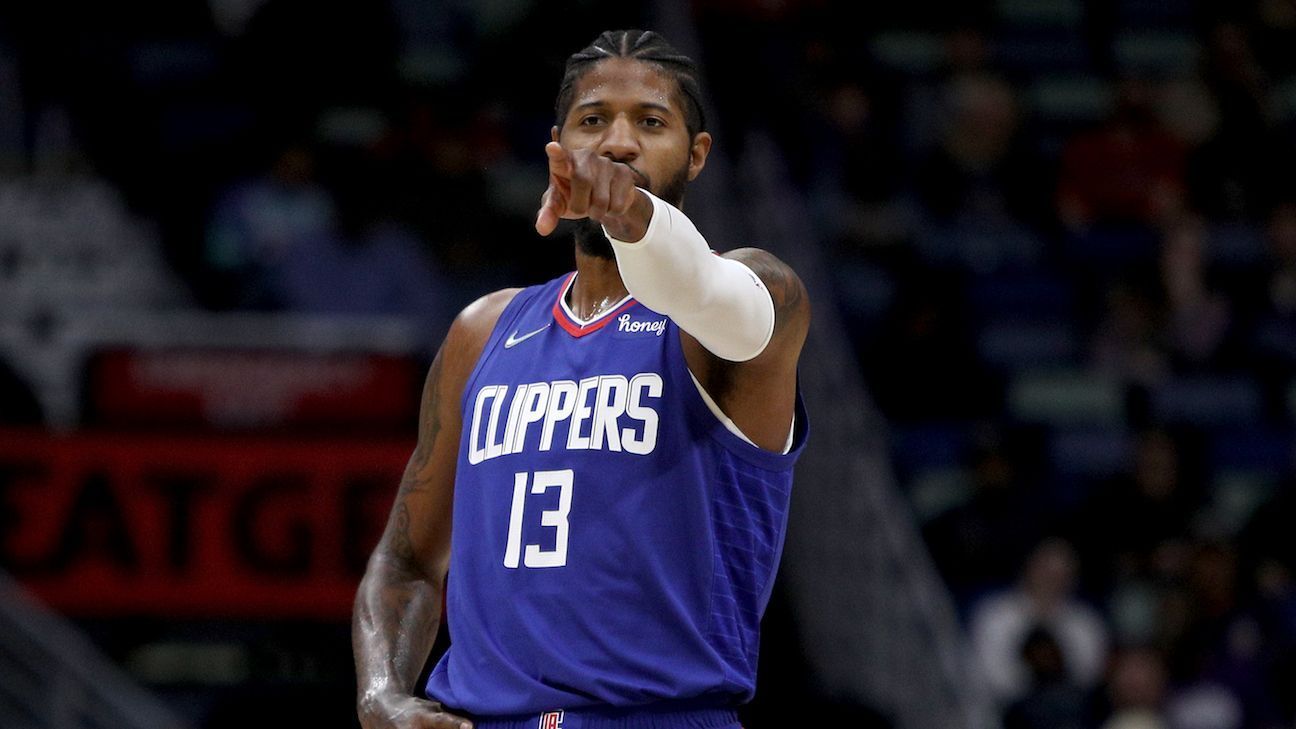 The LA Clippers will extend the bye period of Paul George for the torn ulnar collateral ligament injury in his right elbow for a few more weeks to see how he responds, sources told ESPN’s Adrian Wojnarowski.

George hasn’t played since scoring 17 points in a win over the Sacramento Kings on Dec. 22. He initially sprained his elbow against the Portland Trail Blazers on December 6 and rested and rehabbed for two weeks, missing five games. He felt better and returned to play in two games, but after experiencing pain in his elbow he had an MRI, and the Clippers revealed on Dec. 25 that he had a torn ACL in his shooting elbow.

The initial timeline George would need to see his elbow heal was three to four weeks before he would be reassessed.

The Clippers were 17-15 when George last played. Without their star shooting guard, the Clippers are 5-8 since then.

Coach Ty Lue’s team has been hit hard by injuries and COVID-19. The season started without Kawhi Leonard, who is rehabbing a torn ACL suffered in Game 4 of the Clippers’ second-round series against the Utah Jazz on June 14. They have also had to play stretches without starters like Reggie Jackson, Marcus Morris Sr.. and Ivica Zubac during this season.

The ‘Clips’ enter a complicated stretch in which they will play their next eight games as visitors.

Clippers will give PG13 more time off