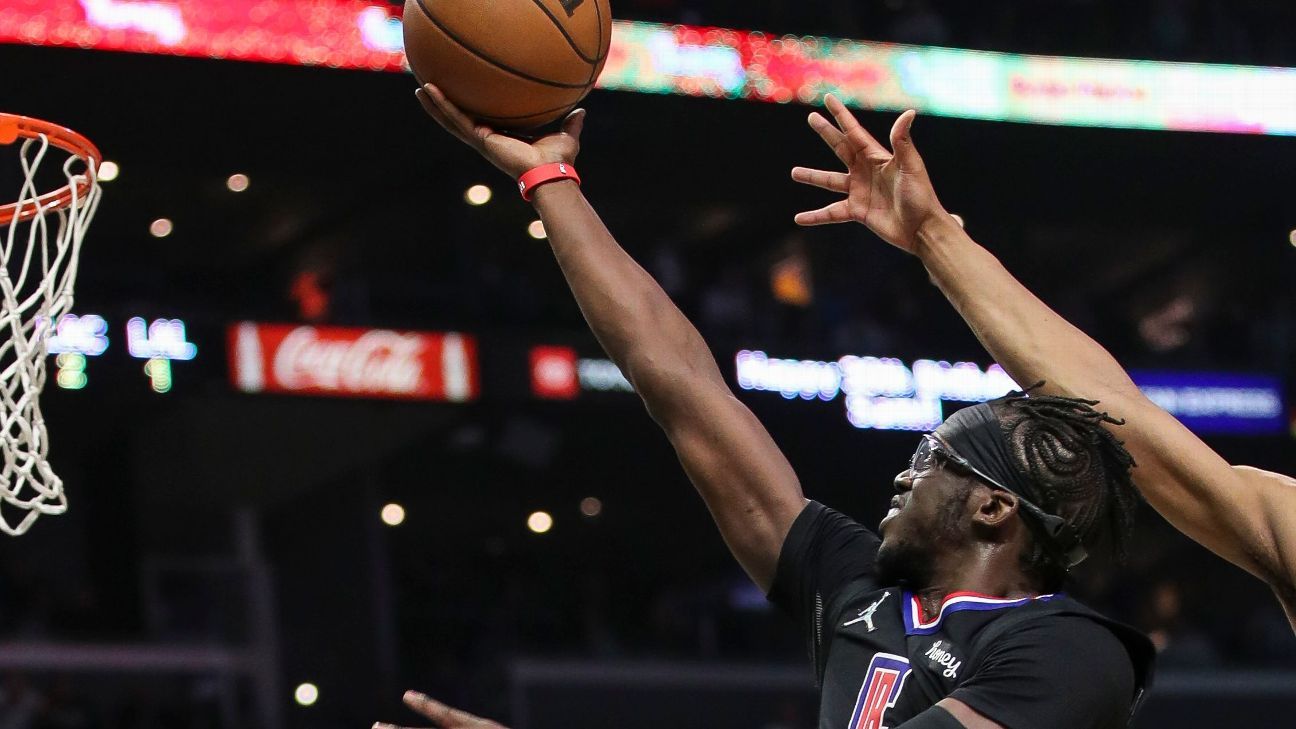 LOS ANGELES — While they wait patiently for the possibility of having Kawhi Leonard Y Paul George For the final stretch of the regular season, the LA Clippers found a way to beat, once again and with a score of 111-110, their rivals and neighbors, the Los Angeles Lakers, who did not have Lebron James for this duel.

However, the Clippers outscored some Lakers who did have Anthony Davis Y Russell Westbrook.

“It was a good game of chess back and forth. Coach Frank Vogel did a good job of keeping me on my toes until the end,” Clippers coach Tyronn Lue said after the game.

James did not play because of knee inflammation that has sidelined him for the past five games and without him, Davis and Russell scored 30 and 17 points, respectively.

The Lakers lit up in the fourth quarter by erasing a 17-point deficit in the third period and in the final seconds of the game, both teams did not disappoint the crowd in the Crypto.com Arena.

Davis double-handed Westbrook’s alley-oop to put the Lakers ahead by one point with 13 seconds left and immediately, Reggie Jackson He responded with an individual play for the basket that gave the Clippers the definitive advantage.

“We knew that (the Lakers) were not only going to give us the game, they have great talent and would give us a fight, they turned on in the last quarter, but we did not lose confidence in us,” said Jackson, who contributed 25 points for the Clippers. “This team is resilient, we found a way to win and the coach made very good decisions playing his cards at the right times.”

In addition to Leonard’s absence from the Clippers for the entire season due to a partial rupture of a ligament in his knee and for which he underwent surgery last summer, George was absent due to an elbow injury and for which will undergo a new MRI on February 24 to find out how the joint has evolved.

The Clippers are optimistic they will get both stars back before the end of the regular season.

“I’m not a doctor, but hope is stronger than fear,” Lue said. “I hope every night that we can get them back before the season is over. With Kawhi gone all year and not knowing what’s going to happen to Paul it’s hard to keep the energy and positive vibes going.

“Despite that, this team continues to fight and continues to compete every night, that’s what I enjoy most about coaching this team,” he added.

The Lakers haven’t been exempt from injuries either. After recovering Davis, they lost James and the bad news does not stop there, because carmel anthony he went to the locker room early in the game against the city rivals with a soreness in the back of his thigh and did not return to the game.

The Clippers are up in the series against the Lakers this season with a 2-0 record and the advantage could be vital in a possible tiebreaker for the end of the regular season, although there are still two meetings between them.

At the moment, the Clippers are eighth in the Western Conference and the Lakers are in ninth place.