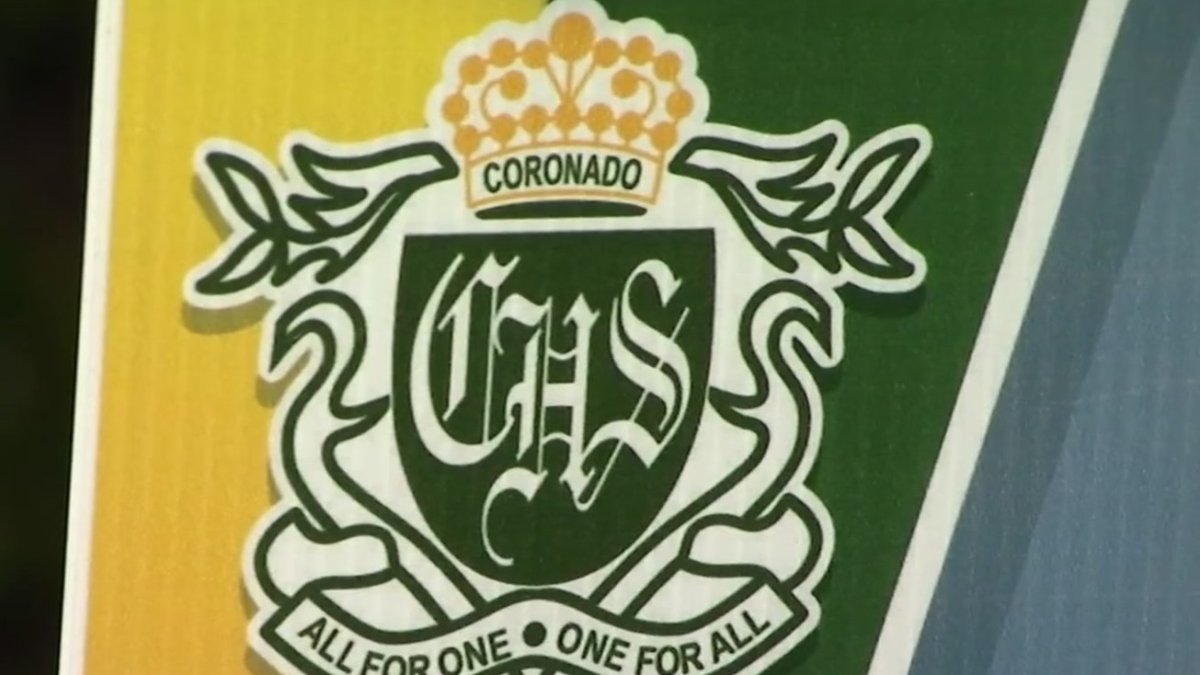 SAN DIEGO – The California Interscholastic Federation (CIF) announced that after investigating an incident where tortillas were thrown during the Southern California regional men’s basketball championship between Coronado High School and Orange Glen merits sanctions including removing the title from Coronado, reported it’s a statement.

“There is no doubt that the act of throwing tortillas at a predominantly Latino team is unacceptable and justifies sanctions,” reported the CIF State Executive Director.

CIF said the sanctions seek to develop empathy and develop a sportsmanship. These are listed below according to the statement:

He said it was tradition at his university

4. All other teams in the Coronado High School athletic program will not host postseason competition at the Section, Regional or State level until numbers 5 and 6 below have been completed.

5. Conduct a sportsmanship workshop (to include a racial / cultural sensitivity training component such as the NFHS Implicit Bias course) for all Coronado High School administrators, athletic director (s), coaches and student-athletes.

6. Completion of game management training for all administrators, and athletic director (s) at Coronado High School.

7. The Coronado High School administration is strongly encouraged to engage with the administration at Orange Glen High School to begin the process of developing a relationship between the two school communities. Examples may include the following:

a.) Administrators of the two schools work cooperatively to provide student athletes from both schools an opportunity for restorative justice.

b.) Administrators of the two schools work with a community-based non-profit organization to carry out community service projects with their student-athletes and coaches.

Last week Senator Ben Hueso, who represents California’s 40th District in the Senate, sent a letter to the California Interscholastic Federation (CIF) calling for the “immediate revocation” of the Coronado High School basketball championship, after some Players and fans will throw tortillas at players from Orange Glen, a predominantly Latino high school, during the weekend basketball final.

“This intentional act was designed to be racist and should not be tolerated now or ever,” Hueso said in the letter, adding that failure to take timely and adequate actions to impose justice in the face of what happened would violate the principles of the CIF for construction. of ethical character for students.

It is important to “act quickly in order to cool down any future racist acts … Latino students everywhere are equally deserving of respect and an education free of racist overtones,” he added.

The senator further requested that CIF take “significant steps” so that referees under the federation know how to identify such acts, stop a game and / or nullify results when racism appears on the playing field.

Since the incident became known, the community has wondered what actions the CIF would take. They are expected to meet this Thursday where it would be known more about whether they would decide to take action on the matter.

For their part, Coronado High School and the Coronado High School District have openly apologized for racist acts by some members of the boys’ basketball team and their community. This week the school decided to fire head coach JD Laaperi in a unanimous decision and they could follow more.

Some parents of Coronado have been dissatisfied with the actions of the board and several claim that the act has been taken out of context and that they only wanted to celebrate their triumph.

After racist torture attack on a team of Escondido students

Although some schools throughout the United States have celebrated their games by throwing tortillas into the air, this practice has never been carried out in San Diego, much less have tortillas been thrown to the opponents who in this case it was a predominantly team Latin.

This has not been the only controversy between high school teams in San Diego. A photo circulating on social media before the football game between Cathedral Catholic High School and Lincoln High School caused controversy and anger among activists who demanded that students be free from discrimination. The photo showed a person wearing a T-shirt that read Catholics vs. Convicst (or Catholics vs. Convicts).

WHO BRING THE TORTILLAS TO THE GAME BETWEEN CROWNED AND HIDDEN

For his part, Luke Serna, 40 years old and a former student of Coronado High School, assures that he was the one who bought, brought and distributed the tortillas among the team’s bench with the desire to use them as a celebration, a practice that he assures he witnessed in his Alma Matter University of California Santa Barbará and never imagined that the act would be seen as racist.

The Call of Ben Bone joins the call for severe consequences by various local authorities and San Diego community activists.

Enrique Morones, executive director of Gente Unida and community activist said that he expected an energetic punishment: “these punishments cannot be minimal, what I am asking is that they cancel that victory for the Coronado team and that they lose the profit, that is going to them to affect a lot. I assure you that if you do that it will never happen again. “