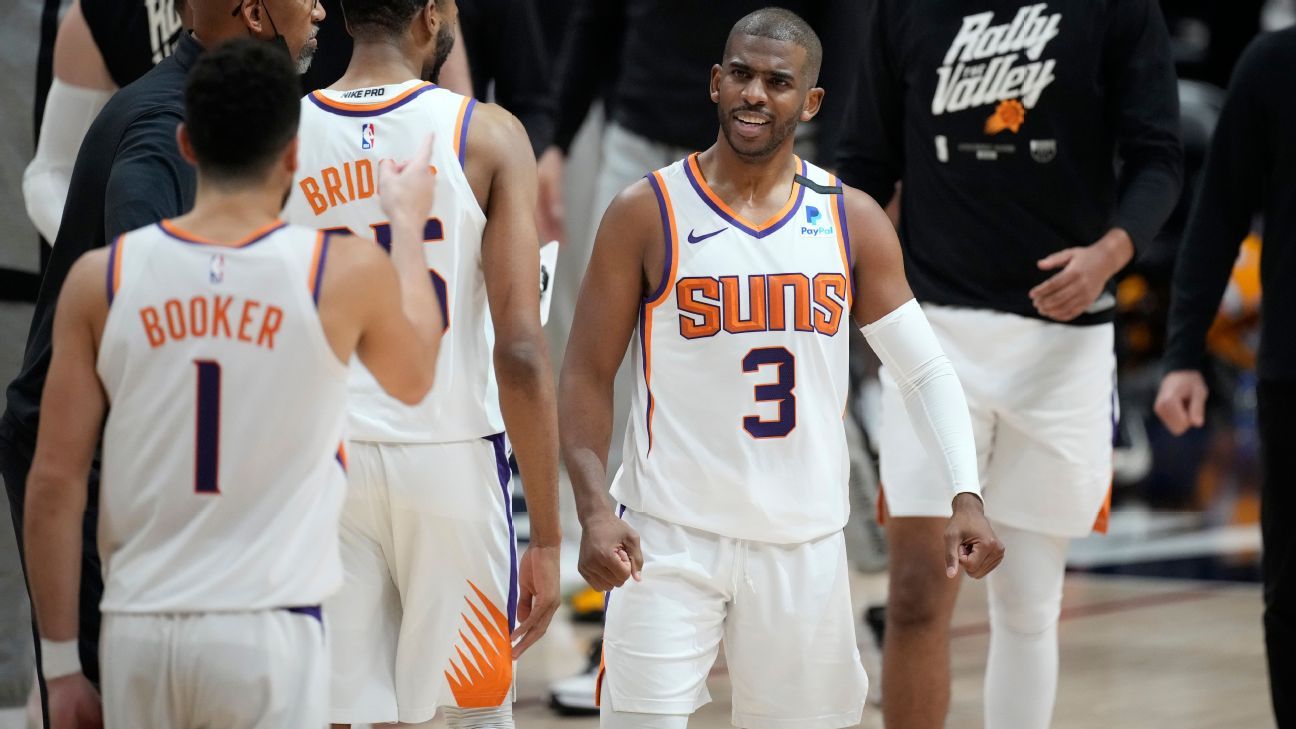 Don’t look back, the future is yet to come. The video clip culture does not allow for reflection. Stopping to think is frowned upon in the utilization and disposal revolution. Of rhythm and acceleration. Taking five minutes, shaping the work based on beauty, is wasting money. Ruthless mathematics ruining poetry forever.

The Suns prevailed 1125-118 in Game 4 and sealed their ticket to the West final with a categorical 4-0. Chris Paul and Booker were again intractable, while Facu completed a great match. All the details, in the Ale Pérez column.

The chip is installed and does not allow second opinions. It will be what it has to be and it will be as soon as possible. The numbers justify ruthless progress. If this works, why change? If this is what works, what the client asks for, are modifications necessary? Thinking differently often brings problems.

However, sometimes it is worth going against the commandments, especially if one seriously doubts who it was that decided to implement them.

Chris Paul is the hope of the nostalgic. A rift installed within the Matrix built from extreme numerology banners. Slowly, at cruising speed, open the scroll and introduce the world to analog basketball in the age of social media.

It is the library loaded with books against the Wall Street bank. Which side would you like to be on?

Then, the representative of those who already comb some gray hairs. Of those who can still differentiate a point guard from a compulsive shooting guard. From thrill hunters who understand that sport differs from any art because of what it conveys. For what it mobilizes.

That is Paul’s representation to the world. The pleasure of seeing that those who take the time they need without being rushed to the shoves, can also obtain substantial triumphs. That the beauty of the different can break the pattern of mass production. The feeling that there is still room for those who read the texts to the end. Those who are able to pass the minute barrier without ranting. Those who care little and nothing about followers and compulsive interactions. Those who know what to do when the internet is cut off. Those who can take a while, without excuses, to play with their children without screens in between.

Chris Paul is the icon that takes us to places that seemed forgotten. To visit pantheons of extinct sensations. To contradict the prevailing logic. It tells us, in each slow transit offensive, that there is room for those who wait without despairing. For those who listen without looking at the clock, those who postpone what it takes to have that pending coffee, those who do not succumb to the temptation to buy what is put in front of them to belong. Those who avoid the algorithms of should be. Great people, but really great, know that happiness is in small things.

It may not be enough to win the championship. Perhaps the Phoenix Suns, with their harmonically executed basketball, doesn’t have what it takes to win the big prize. Or maybe yes. What I am sure of is that we, those of us who enjoy this utopian idea of ​​form and substance, drawn from other times, will do all the power in the world to make the miracle happen. So that he can get it, to elbow whoever we have next to him and say: Do you see what can be done? Do you realize that things can be achieved in another way? Stop to contemplate the landscape. Look back once more to embrace the present differently.

The fight against preconceptions, dogmas and extreme utilitarianism is an everyday battle.

The unpredictable, the wonderful, the extraordinary, is always about to happen.