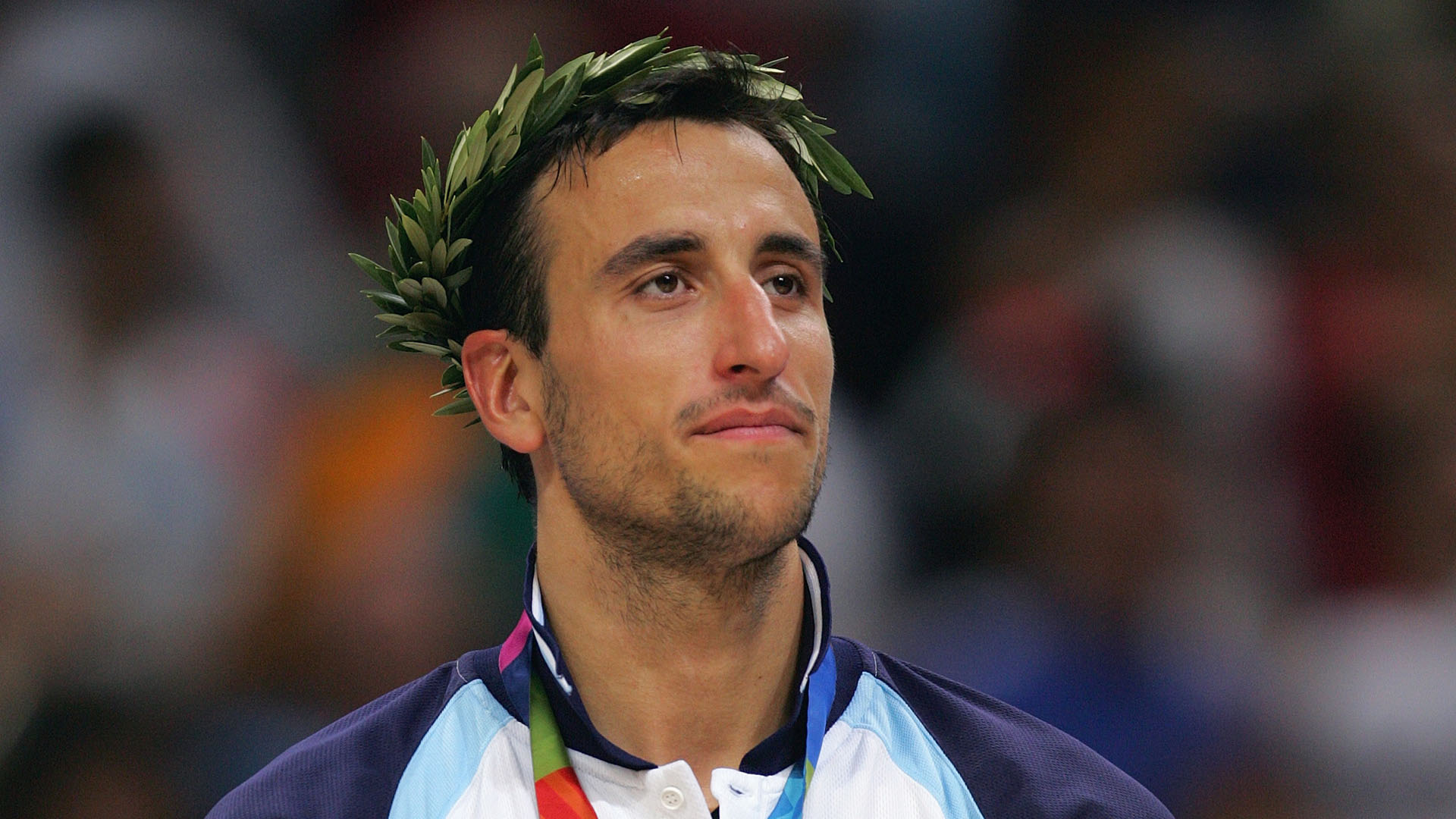 Unlike what happens in any FIBA ​​tournament or in the NBA itself, at the Olympic Games there are no individual awards. Ideal quintets are not chosen, much less an MVP. It is because of this lack that the idea arose: if we had to review what happened in each of the editions, based on individual and collective actions of their respective selections Who would have been highlighted as the most valuable of each year?

Below you will find our own review on this, in an article that we will separate in two. In the first part we focus on the initial 10 editions, going from Berlin 1936 to Moscow 1980. Today it’s up to the rest of the Olympic tournaments, from Los Angeles 1984 to Rio 2016.

Who were the unofficial MVPs of each of those Games? Find out while we keep waiting for the ball to start itching in Tokyo 2020.

In the first part of our report we had begun to see how MVPs were no longer exclusive to big men and as perimeter like Adrian Dantley (1976) or Drazen Dalipagic (1980) they began to be the most prominent of the contests. Well, the trend not only did not stop at Los Angeles 1984, but probably found its strongest point, with the appearance of a player who would forever change world basketball and the role and importance that is given to each position. We are obviously talking about Michael Jordan.

The United States recovered the gold that it had not defended (by not showing up) in 1980 and swept the tournament 8-0, beating Spain in the final 96-65. In the winner appeared three names that would later make history in Barcelona 1992 with the Dream Team: Patrick Ewing (11 points and 5.6 rebounds), Chris Mullin (11.6 points) and of course, Jordan himself, all still competing at NCAA level. MJ was the top scorer for the Americans with 17.1 points, also shooting 55% from the field. Their best performances came precisely against Spain: 24 points with a 12-14 from the field in the Group Stage and 20 points with a 9-15 from the field in the final.

A curiosity of that tournament: Leon Wood, now an NBA referee, led the contest in assists with 7.9 per game.

The trend of the outdoors as main Olympic figures continued in Seoul 1988, in this case by the hand of Sarunas Marciulionis. The Soviet Union delivered an impact blow, first defeating the United States of David Robinson, Mitch Richmond and Dan Majerle in the semis by 82-76 and later taking the gold, defeating the Yugoslavia of Drazen Petrovic and Vlade Divac by 76-63.

The entire tournament for Marciulionis (who would make the jump to Golden State the following year) was a spectacle. He averaged 18.1 points with spectacular efficiency, which included 62% from the field, 44% from triples and 85% from free practice. In addition, as if that was not enough to leave him with our MVP, he was also key in the medal crosses: 19 points in the semis against the United States and the USSR’s top scorer in the final, with 21 points, 6 assists and a 7- Court 11.

We thus arrive at Barcelona 1992, where obviously the incredible original Dream Team gives us a lot of material to choose from. However, among the many strong names that led the United States to gold, the most prominent ended up being that of Charles barkley. Chuck led the team with 18 points per game, product of a completely unusual efficiency: 71% from the field, including 7-8 on triples.

In the final victory against Croatia, Barkley finished as the second highest scorer, thanks to his 17 points (7-9 from the court), only behind Jordan’s 22 goals.. In the Croats there was an unforgettable Petrovic contest (24.6 points per game), but in this case it is difficult for the MVP not to come out of the most influential impact of all time when it comes to international basketball.

More | The United States and its eight Olympic teams with NBA: the ranking of the most to least talented

Four years later, the United States repeated gold in Atlanta 1996, again with Charles Barkley as a great figure and top scorer (12.4 points, 6.6 rebounds and 82% from the field). However, in this case we are going to highlight another of the great interior references of that campus: David robinson.

The Admiral finished as the second leading scorer for the United States with 12 points, along with 4.6 rebounds and 68% from the field. But the detail is that he did it playing just 14.3 minutes per game. Likewise, what the MVP ends up giving him was his performance in the final against Yugoslavia: 28 points, 7 rebounds and 9-11 from the field, while Barkley was not such a big factor in that commitment (8 points, 3 rebounds).

A detail worth mentioning from the 1996 edition of the Games: three of the top four scorers in the competition were Latin American. We are talking about Oscar Schmidt (27.4) from Brazil, Piculín Ortiz (25) from Puerto Rico and Juan Espil (22.6) from Argentina, with Andrew Gaze (23.8) from Australia in between.

Although already with a much less hierarchical establishment than in the two previous editions, Sidney 2000 He again showed the United States at the top of the podium, beating France in the final. And here there is absolutely no doubt who deserves the MVP: Vince carter.

For starters, Carter was the champion’s leading scorer by a good margin of difference, averaging 14.8 points on 51% from the field. But also, if there is something that we remember as an iconic image of that tournament, it was his flight above the Frenchman Frederic Weis, in one of the most spectacular definitions that have been seen in the history of this sport. MVP secured for Vinsanity.

If we talk about undisputed MVPs, what about Athens 2004 it goes down a similar path. Argentina gave what is probably the most important hit in the history of the Games, defeating local Greece in the quarterfinals, in the semis against the United States (the first time they were eliminated in an Olympic Games with their NBA) and in the final against Italy. All guided by a Manu Ginobili on a sublime level.

Beyond the fact that a young Luis Scola also had a huge tournament (17.6 points, 66% from the court), Manu’s was simply dominant. The then Spurs player left his mark from the first game, with the memorable popcorn against Serbia and Montenegro and since then he has never dropped his level. He averaged 19.3 points, 4 rebounds and 3.3 assists, shooting 58% from the field, 41% in triples and 80% in free play. Its highest point? Nothing less than in the semis against the United States, where he finished with 29 points with a 9-13 from the court.

Since Team USA uses their NBA (1992), Manu’s 29 points are the second highest mark against them, only surpassed by Patty Mills’ 30 points at Rio 2016. Although of course, in that case it was only a Group Stage match.

America’s redemption after the defeat of Athens began in Beijing 2008, with a team that beat Spain 118-107 in the final in a game of an incredible level. And if we talk about the most valuable, as much as it costs to get the MVP from Pau Gasol (top scorer of the tournament with 19.6 points), we cannot choose anyone other than Dwyane Wade.

And it is that the figure of the Heat not only led the champion with 16 points and a shocking 67% of the court, but was also the best of that remembered definition against the Spanish: 27 points with a 9-12 field. LeBron James and Kobe Bryant also had some spectacular Games, but the top prize goes to D-Wade.

London 2012 he repeated finalists and again the United States achieved victory over Spain, this time by an even tighter 107-100. Unlike other editions where players from lesser teams sneaked into the top scorers, the Top 5 scorers of that edition is a jewel, with five of the most dominant players at the FIBA ​​level in history. We talk about Patty Mills (21.2), Kevin Durant (19.5), Manu Ginobili (19.4), Pau Gasol (19.1) and Luis Scola (18). And among them, with the help of the title, we have to highlight Kevin Durant as the MVP.

In his first Games, Durant not only averaged 19.5 points, 5.8 rebounds and 2.6 assists, but he also did so by shooting 49% from the field, 52% from triples and 89% from free practice. To this we must also add that he was the great figure in the final against Spain, ending with 30 points and 9 rebounds. Unstoppable.

We reached the end of the review with Rio 2016 and we broke a trend: for the first time we will repeat MVP. And there is no way not to highlight again Kevin Durant, by far the best of that edition. Led Team Usa with 19.4 points, had impossible percentages (58% on the field and 58% on triples) and repeated his 30 points from the 2012 final, this time achieving that same figure in the victory against Serbia.

In fact, in the history of the Olympic finals, only three performances of at least 30 points appear and two belong to KD. The other? Adrian Dantley against Yugoslavia in 1976. On the other hand, the 54.6% triple hit that Durant combines between 2012 and 2016, is the best mark in the Olympics (minimum 30 attempts), above the 54% of Arvydas Macijauskas.

Will Durant get the treble at Tokyo 2020?