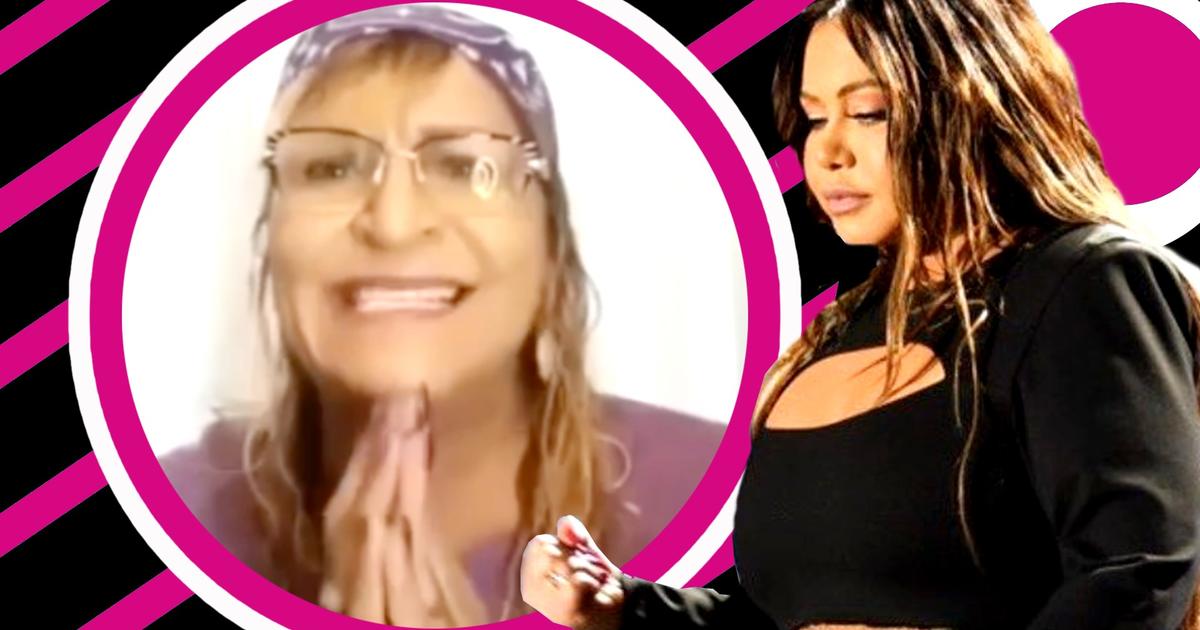 A new scandal has just been unleashed within the Rivera family and that is Now Sebastián, son of Pita Saavedra, came out to point out to his own mother for having abused an 11-year-old girl, strong statements that echoed the fans and that are unleashing speculation that he was referring to Chiquis Rivera.

And it is that some remembered that Janney published in his book that he had been sexually assaulted by a woman, so these revelations of the young man made many begin to conjecture, as Sebastián said in a program that someone very close to him confessed, when he was 16 years old, that Pita he had committed such an act.

ALL THE DETAILS: Chiquis Rivera makes her grandmother Doña Rosa pay dearly and gives her a low blow

Saavedra’s son pointed out that When he confronted his mother and asked if this was true, she threw him out into the street and although he did not specify that it was Chiquis, he said that he would not doubt that she could be the alleged victim of his mother.

However, after all this commotion and these strong accusations, Pita came out to show her face and made a live link from her YouTube channel, in which she assured that it will be whatever it is, “but never a rapist.”

In addition, Saavedra did mention the name of the daughter of the Diva de la Banda and even detailed, “Never of the never, nothing of what they say has happened would happen. I have never asked Chiquis for anything, never, but this time it has. I know that this video is going to see Chiquis or it is going to reach Chiquis’s ears , I ask and implore you to come out to defend me, “said Pita in a part of his extensive message.

And I add, “In other words, not in the way of defense that I need, because I can defend myself, but they are saying that I am the woman who abused you as a child or that I raped you … or I don’t know. My daughter, I ask you with all my heart for that love we have for each other, because I know that you love me too and I have always defended you “.

WHAT HAPPENED? Johnny López, in the middle of the drama with Doña Rosa, Don Pedro Rivera surprises him

Even Saavedra said, “That is not why you have to defend me, but go out and speak the truth, who was that woman? If you don’t want to say it, fine, but say that Aunt Pita did not go. They are attacking me and even my son Sebastián came to to say that I did not doubt that I was that woman. ”

In addition to ending by saying, “It hurt in the depths of my soul and I promised not to cry. And here is my wife and I promised her that I will cry, but it hurt a lot and I have cried a lot. I had to come from work, I couldn’t, if she tried to hurting me and hurting me that way yes he did it “Chiquis’s Aunt said in reference to her own son’s accusations.

Subscribe to our newsletter to receive in your email the latest news from your favorite celebrities!

MORE THAN LOOSE THE SOUP: