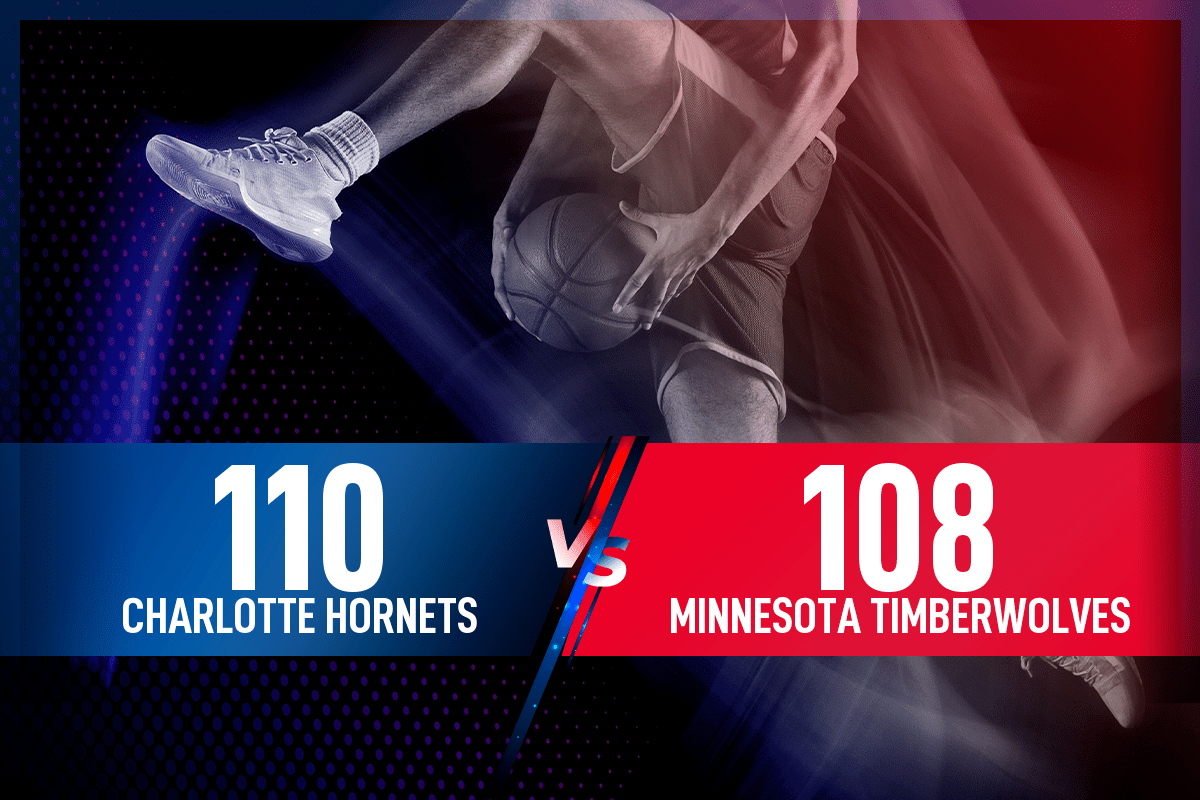 Charlotte Hornets managed to prevail at home against Minnesota Timberwolves by 110-108 in a new day of the NBA. The locals come from getting the victory at home against Philadelphia 76ers by 107-101 and after this game they add a total of three victories in their last five games. For their part, the visitors also achieved victory away from home against Indiana Pacers by 101-115. For now Charlotte Hornets would stay out of the Play-off positions with six victories in 20 games played, while Minnesota Timberwolves He is tied for games won with the Play-off positions with 10 victories in 19 games played.

The first quarter was dominated by the Minnesota Timberwolves players, they came to lead by nine points (11-20) and ended with a result of 29-34. Later, during the second quarter, the players of Minnesota Timberwolves They increased their difference and increased the difference to a maximum of 13 points (31-44) during the quarter, which ended with a partial result of 23-28. After this, the teams accumulated a total of 52-62 points before the break.

The third quarter was characterized by different changes of leaders on the scoreboard, until the local team ended up distancing itself and ended with a partial result of 39-21 and a 91-83 overall result. Finally, in the fourth quarter Minnesota Timberwolves managed to get close again on the scoreboard, in fact, the team got a 13-2 partial, although not enough to win the game and the quarter ended with a partial result of 19-25. Finally, the game ended with a score of 110-108 for Charlotte Hornets.

The next clash of Charlotte Hornets will be against boston celtics in the TD Gardenwhile Minnesota Timberwolves will face Golden State Warriors in the Target Center.