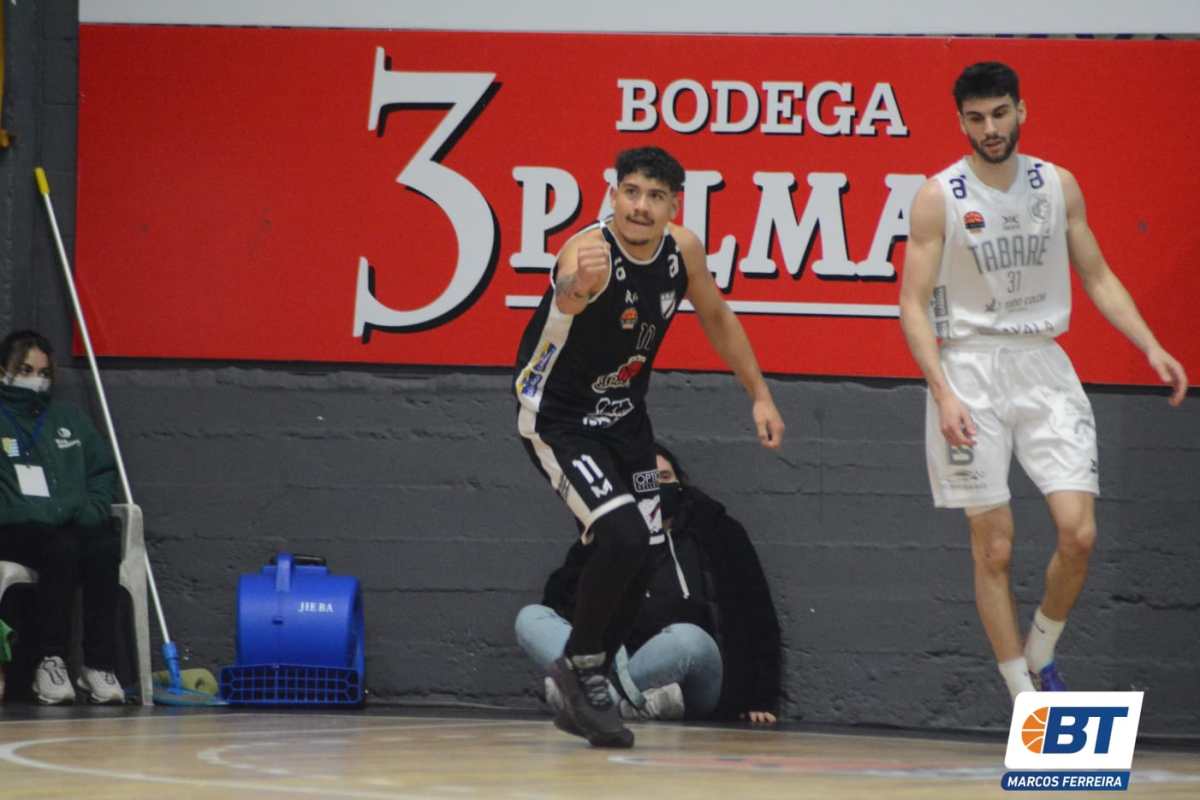 The Strip again had another furious start, opening the game early with a 7-0. After a triple by Taboada, Indio reacted, who with distance hits from Meira and Alessio, quickly matched the actions. Danu made it uncomfortable with Andrioli playing head-on, but Palacios’s side took advantage of a kickoff with 0.6 to go to the end of the first. There, Alessio received only in the axis and punished from 6.75 to double the difference after the first quarter (21-19).

Despite a good start from the fringed, Tabaré managed to score easily when he was able to run the court, with a good entrance from Oyenard, who caught himself behind and pushed the ball. Thus, gray quickly became the owner of the score. Guido Fernández’s team contained well the breaks of a team with hands to shoot, which gave them results despite some bombshell from their opponent. On the other side, Tati Fernández, Nicoletti, Álvarez and Andreoli also punished from the perimeter and thus Danubio, went to the front. In a close to pure triple, Álvarez’s on the horn was the one that ended up marking the final 47-46 in favor of the Curva team at the end of the first half.

The one from Parque Batlle put an early 9-0, with which he passed again, counting on many facilities to reach the vicinity of the rim, playing from direct blocks to attack the rim or posting Alessio. The Strip solved its defensive problems, with a square and one on Medina, with which the rival’s good passage fell. After a 20-minute cut due to a new blackout in Larre Borges, the orange returned to sting and Tabaré closed the quarter with a 6-0 to get precisely 6 points (68-62).

El Indio maintained the streak and went to the last boy with a 5-0, with which he obtained a maximum of 12 (74-62). After a minute of an energetic Guido Fernández, Danubio recovered the goal he lost with the blackout, with a pair of 2 + 1 Planells, to get to 6. Palacios’ minute did not stop the defensive energy of the fringed, which with Planells bombs and Varela, opened a 20-0 with which he turned the game around. Paint overload to stop Alessio was key, with good containment from Chervo. From there, the one from the Curva de Maroñas ran and sumpo making his leaders stand up, who acted as fans. Tabaré tried before Chervo’s fifth, but Danu continued to be on the back and with a run from Andreoli, he lowered the curtain on the game. The closing was 91-82 in favor of the strip.

Nicolás Andreoli was the man of the night with 26 points (6/8 in doubles, 3/6 in triples and 5/6 in free) and 7 rebounds, followed by 15 goals from Luciano Planells. In the loser Ignacio Alessio added 20 units and Facundo Medina 15