Cecilia Stricker is 49 years old and it could be said that basketball sought her out in every corner of her life. The pharmacist was born in the town of Sunchales, but she is from Santa Fe by adoption since she settled in the city more than 20 years ago. “She played for Union de Sunchales in all categories, she was part of provincial teams and the national team in youth in 1990,” recalls “Checho” as they named her in basketball jargon.

Years after starting to play ball, Cecilia became champion of the XVIII Argentine Maxibasketball Championship in the +45 category. The tournament was held in the city of Salta and the Santa Fe team beat Mendoza 49-44. “The decision to go and the preparation was independent because there was no classification. Those who could signed up, put together the team and went to represent the province where they were from. The competition was regulated by FFEMAR (Female Maxibasketball Federation of Argentina)”, Cecilia said.

Teams from Jujuy, Mendoza, Entre Ríos and Salta, of course, participated in the tournament. It was held in the second week of winter vacations and many of the players took the opportunity to travel to northern Argentina with their families. Stricker defines the competition as “an exhausting week”, since every day they had a game to play and, despite the fact that the enthusiasm was enormous, age weighed stage after stage. However, there were also moments of walking and living as a tourist. 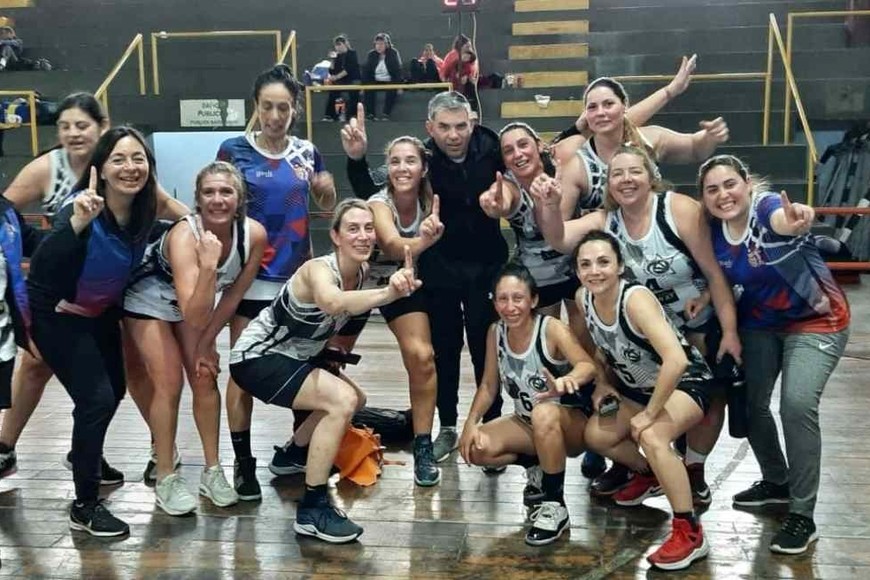 The Republic of the West team was champion in the XVIII Argentine Maxibasket Championship.

“Luckily we didn’t have any serious injuries or sprains, I think that’s part of having prepared ourselves, of continuing to train and keep up the form of the game to be able to endure playing so many games in a week,” acknowledged Checho.

The magic of used stockings

Every athlete, whether they compete individually or as a team, usually has a “routine” that is strictly respected when participating in competitions. Some are skeptical and others maniacs of cabals, but there is no doubt that they always end up influencing the mind of the athlete.

In this case, Cecilia and her companions are no exception to the rule and for the tournament in Salta they had their own “amulet”. “The cabal was to always wear the same socks, they were not washed but they were ventilated. You get very attached to that. The stockings were fatal, but they lasted. For these tournaments you don’t want to get out of your routine, to always wear the same thing”, she confessed. 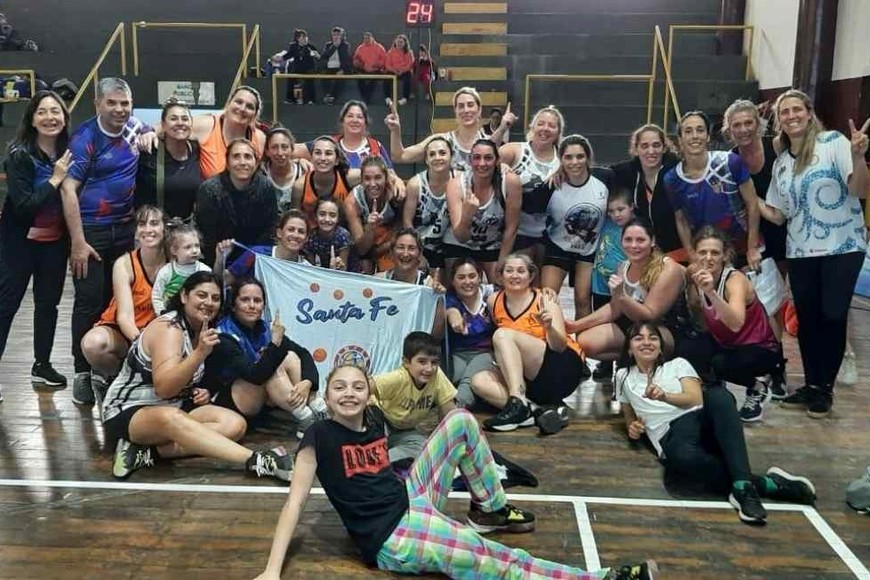 The players also traveled with other female categories of the club and their families.

Basketball, a way of teaching

Although Cecilia Stricker was always linked to basketball and physical activity, the very life of the pharmacist led her to move away from sports. She started her pharmacy, she got married and had three daughters aged 18, 16 and 12. The youngest is a basketball lover like her mother, while the other two dedicate their time to hockey.

“I had a time when I didn’t play anymore,” confessed Cecilia. And surely feeling far from a court cost her, but her family filled her with the love, adrenaline and life that basketball gave her. However, after years, it was her own daughters who insisted on playing again.

“They told me ‘mom you have to play again’. Many times one has a certain fear because she thinks that she is going to neglect other things, but they were the ones who encouraged me. They are very happy because they see me enjoying myself,” said Checho. “We had a great time because they are going to see me, I have swelling,” he added with a laugh.

Cecilia experiences a magical moment with basketball, but indirectly teaches her daughters about perseverance. “It is good that at this age they have the opportunity to see me play basketball, it is a lesson that is left so that they know that one can continue enjoying something if one commits and is accompanied.