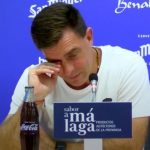 The Chilean women’s basketball works little by little to add more figuration at the South American level, thinking about the development of the discipline for the Pan American Games Santiago 2023instance in which one of the featured players is Catherine Abuyeres.

In 2011, when she was just 14 years old, she was already called up to the adult team to play in a Pre-Olympic in a promising career that led her to have experience playing in Spain. Back in the country for a few years, she is now one of the most experienced in a a squad that already achieved the silver medal months ago at the Bolivarian Games in Valledupar.

In dialogue with DNA TOP KIACatalina Abuyeres highlighted the contribution they have meant the “huasitas”, the Chilean under 17 team that qualified for the category World Cup. “It has given us a plus, youth, speed, a faster game, we are happy with them. In the Bolivarianos we were a fairly young teamn. Players are always missing, hopefully for future teams like in Santiago 2023, even more so being local, we can all be in that great tournament”, assured the national athlete.

Catalina Abuyeres and the goal of Santiago 2023

In the progression of Chilean women’s basketball, the next step is the dispute of the Odesur Games in Asuncióna step that will allow the team to fine-tune for the Pan-American event that our country will host next year.

“With positive expectations, playing at home helps you a lot, having the support of the people. We hope to be all in the best conditions, one matures in the game and as a person. We have to show the best of ourselves“, assured who today is the face of Converse sneakers and who hopes to repeat the sensations of the squad that in Santiago achieved silver at the Odesur level in 2014.

“We had a second place and it was a team with an important base, but now we have youth and playing at home is different. We do not close the doors to being on the podium or among the best four, which give you the option of qualifying for France”closed, excited about the option of even playing the 2024 Olympics.

Catalina Abuyeres and the goal of women’s basketball in Santiago 2023: ‘We do not close the doors to being on the podium’