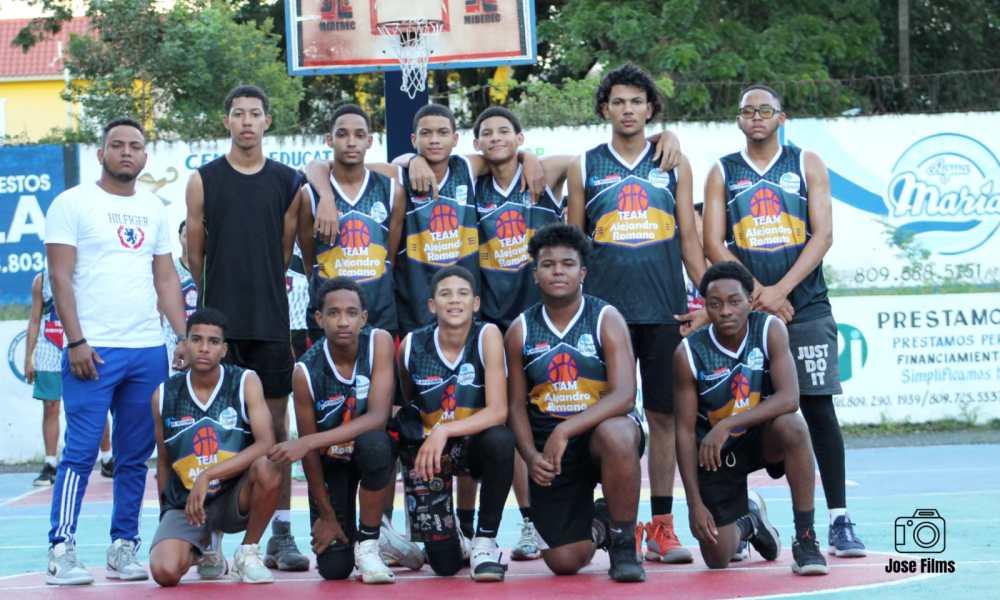 Members of the Alejandro Romano team that achieved an important victory in the continuation of the San Vicente club U18 tournament. External source.

SAN FRANCISCO DE MACORÍS.- The quintets Alejandro Romano (Canillista) and Nelson Fernández (Anyelo) achieved successes in the continuation of the successful Christmas tournament of the San Vicente de Paúl club in the U 18 modality as an option to the El Regional newspaper cup.

In the first match of the double day, the Alejandro Romano team beat Jovanny Tejada 55-50, achieving its second victory in the tight sporting contest.

The best on offense for the black and gray team sponsored by Gabin Super Almacén were Hamlet García with 14 points, Junior Muñoz and Andry Burgos with 11 points and Jordin Genao with 7.

In another match, the Nelson Fernández team sponsored by Andy Acevedo defeated the Aurelio Vargas team 74-63 to climb to third place in the event.

Imanol Toribio was the most prominent for the winners with 22 points and 5 rebounds, Luis Nelson Ureña contributed 19, Yendy Vargas scored 10 and Johan Camilo (Come Bien) tied 8.

For the team sponsored by initial loan, the most outstanding were Dalvin Bonilla with 19 points, being seconded by Isaac Reynoso with 14, Juan José with 9 and Darlin Moronta was far behind with 9.

After yesterday’s double day, standing is led by the team Raúl Jiménez (El Bote Restaurant) with a 4-0 record followed by the Nelson Fernández team with 3-2, in third it is shared by the selected Aurelio Vargas and Alejandro Romano with 2- 3 and in last place is the team Jovanny Tejada with 1-4.

The fair will continue this Thursday, December 30, on the Pedro Emilio Reyes field in the Pueblo Nuevo sector with clashes between the Nelson Fernández and Aurelio Vargas quintets and Alejandro Romano against Jovanny Tejada at the second hour.