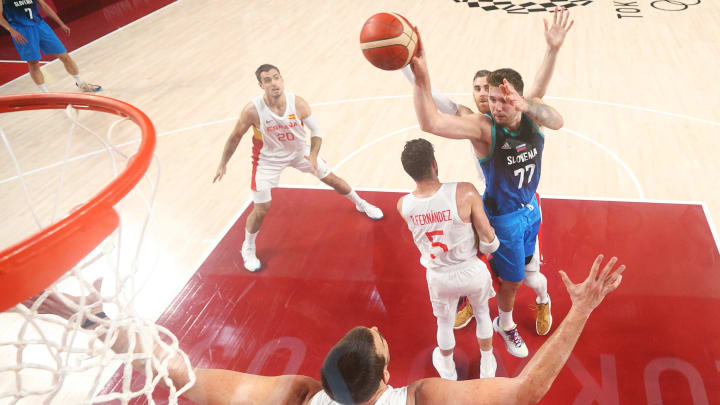 The Slovenian basketball team dealt a lethal blow to their counterpart in Spain by winning 95-87, which left those led by the Los Angeles star. Dallas mavericks, Luka Doncic, as the best in their group, avoiding in the quarterfinals the Team USA.

Although Slovenia got the win, Doncic he did not have such impressive numbers as those he showed against Argentina. This time the player of the NBA he scored 12 points, grabbed 14 rebounds and handed out 9 assists.

However, each performance of Doncic with his team has been highly highlighted by the media at the Tokyo 2020 Olympics, which even places Slovenia as one of the favorite teams to win the gold medal.

But can Slovenia win gold over teams like Team USA?

The Slovenian squad has, in addition to Doncic, Vlatko Cancar of the Denver Nuggets and Zoran Dragic. While collectively they have been solid on defense, their only lethal weapon on offense remains the Mavs point guard.

For Slovenia to achieve gold in Tokyo, Doncic would have to have far superior performances against his counterpart from the United States, a team that has been improving after the surprise defeat to France on its debut.

Something similar to what happened in the past NBA playoffs could happen to Doncic in these Olympic Games, in which he served as an offensive weapon for the Mavericks, but he did not have a complementary figure that would contribute to him in the attack against the Los Angeles Clippers.