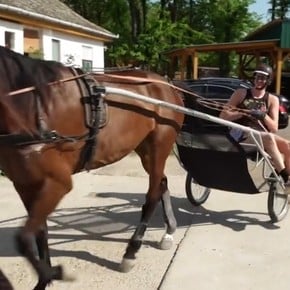 When Denver was eliminated from the NBA, Facundo Campazzo He traveled to Córdoba to reconnect with his family. The first, go to her brother’s to eat a barbecue and rest. But he is already training with an American shooting coach and an Argentine shooting coach.. At one point of these activities, the point guard spoke with Ole.

-In the first season you played a lot, everything was great, they even pampered you. In the second they even put 13 seconds into a game, you played little… Is the NBA hard, isn’t it?

Yes, of course it’s tough. It is one of the most difficult leagues that have touched me. I think everything goes through the head, mentally having to be prepared for a lot of things. Obviously, later comes the physical, but there are days, there are months or weeks or you have minutes, you play a lot, you have a leading role. That comes hand in hand with good performance. And it’s all very beautiful, incredible…

-But you also have moments, weeks, months games that you don’t have to play, so you have to be prepared for that. You have to know what the rules of the game are when you are here. In the first season I had to play more than I expected, so I had to be prepared to have more prominence in a team in which in principle I was not going to have so much. And in the second season it was similar to the first if they had all been healthy, so I already had the idea that this was going to happen and that it could happen. Obviously at the beginning it is much more difficult because I wanted to play, but later you understand what this league is like, how it works.

Campazzo trains with Mariano Sánchez (son of the Egg) and the Yankee Dave Love in Córdoba.

-What was going through your head?

-From that point one becomes psyched, try to be prepared to see if the coach calls you. If you are not playing well, and the coach tries variations, so you have to be prepared for that mentally.

DT Michael Malone did not use Facu as much this season.

Did you lean on someone?

-It’s not that it was wrong, it’s not that I needed to drop it and talk to someone. I did talk to family or those closest to me, but it’s not that I needed something extra or to download myself because I had something saved. It’s hard not to play, I like to play, but I understood how this worked. If there was someone better than me, he would play, and if the one who was playing made the team play and win, he would have more minutes and I would be out of the rotation. I try to put on the coach’s shoes, what would I have done… I would have done the same thing: try, try variations. And if those variants work and give fluidity to that second unit, welcome.

-I also had my fault for games that I played badly. If when it was my turn to enter, the team did not go down, but the team often went down. Maybe he didn’t put it in, he had defensive mistakes. So it was obvious that the coach was going to look for variants, and when he tried them and it went well and he found that fluidity he was looking for, I understood.. What I did was train hard, be well, with confidence, understanding what the situation was like and, if I had to enter, do it with that confidence and do my best.

-Did the coach and the players continue to talk to you like before?

-When I started to leave the rotation we were already talking about looking for other variants, that they were going to put another player. And that I tried to be ready. I always felt that help, that containment when there was going to be a change in the last few months that I didn’t have to play much. I still did the same type of scouting, but when it came to doing it as a team it didn’t touch me because I wasn’t in the rotation and I had to see it from the outside. But I had to watch the same videos, be attentive, see how he defended such a rival, knowing that maybe he wasn’t going to play or maybe, if something happened, it was my turn. The day to day was the same, only I had to be prepared if an injury or something happened, or the second unit was not playing well, to play again.

-Your contract ends on June 30, and if you could choose… Are you still in the NBA knowing what happened to you or would you have more prominence in Europe like you did at Real Madrid?

-I would like to keep trying in the NBA. I’m going to try to stay in the league, although it’s difficult to know what options there are, which teams are interested and so on. You have to wait until July 1, see the options and make the decision. But my idea is to try again. The first season and part of the second I had good and bad moments, I felt good, I had good games with a good level, so I let myself be carried away by those good feelings and I will try.

-From what you’ve already played, do you think you belong to that elite, do you measure up?

-I think so, I think it’s worth trying again. I felt comfortable, especially in many parts of the first season that I had to play, starting in the playoffs almost every game, I had to be the second baseman. The second I started playing, right or wrong but I started playing. I had good feelings, I get carried away by that good feeling, and I know I can do better. So I want to take that and try it.

Do you want revenge?

-I think that the role they had in Europe, as a starting point guard, having the ball in their hands a lot, making many decisions, in the NBA I know I’m not going to have it. So there will be my maturity. So I’m still determined, I want to keep trying, I want to continue being part of a team, even if it’s coming from behind. Or for whatever it is to have the opportunity to show that I can be up to the league. Obviously one would like to have more of the ball, but I know you have to run. In my case I have to give up part of my game, run the ego. Having the role that the team needs, I want to be part of that and I think it will help my maturity and improve as a player.

-You already had a different role. From the first season you saw that it was a lot of defense…

-Yes. I tried to take the situation that the team wanted from me, I know that defensively I can give things, I know that I can fight against their size, which is much bigger. I can also play or hit some triples or the shot that touches me, from the corner, from the penetration. When I had the opportunity to do it, I did it well, I was comfortable, but I always try to give energy from defense, spread it from that aspect. Since I started playing in Peñarol.

-How did you live the transfer week? Were you surprised you didn’t go to another team?

-It is always a special week, it can happen to you. Many are not sure, we are not sure, we do not know. So it’s a bit uncertain to see what happens. I was trying not to get nervous, maybe it was much more likely that something would happen in the second season and not the first. But you prepare for that kind of thing mentally. You know that if it happens, you will grab your suitcase and go to another city to play. You have to take it easy, even if a little anxiety and nervousness grab you. Obviously I looked at social networks, but I took it in stride. I was trying to put my energy into training, day to day.

-Would you like to stay in Denver or go to another team?

-The truth? I could not tell you. In Denver it was fine, but personally I would like to have the opportunity to play more. Although from one year to another in the same team the squad can change a lot, so you have to wait until July.

-How are you taking it?

-Usually at these times I get nervous and anxious, but now I’m calm, strangely I am calm. I try not to look at social networks and others. Enjoy the day with the family. Let it be what it has to be. I am preparing to be ready, training, trying to be well.

“At least you’re still in the Denver text groups, right?”

Campazzo: “I want to stay in the NBA, I know I can do better”