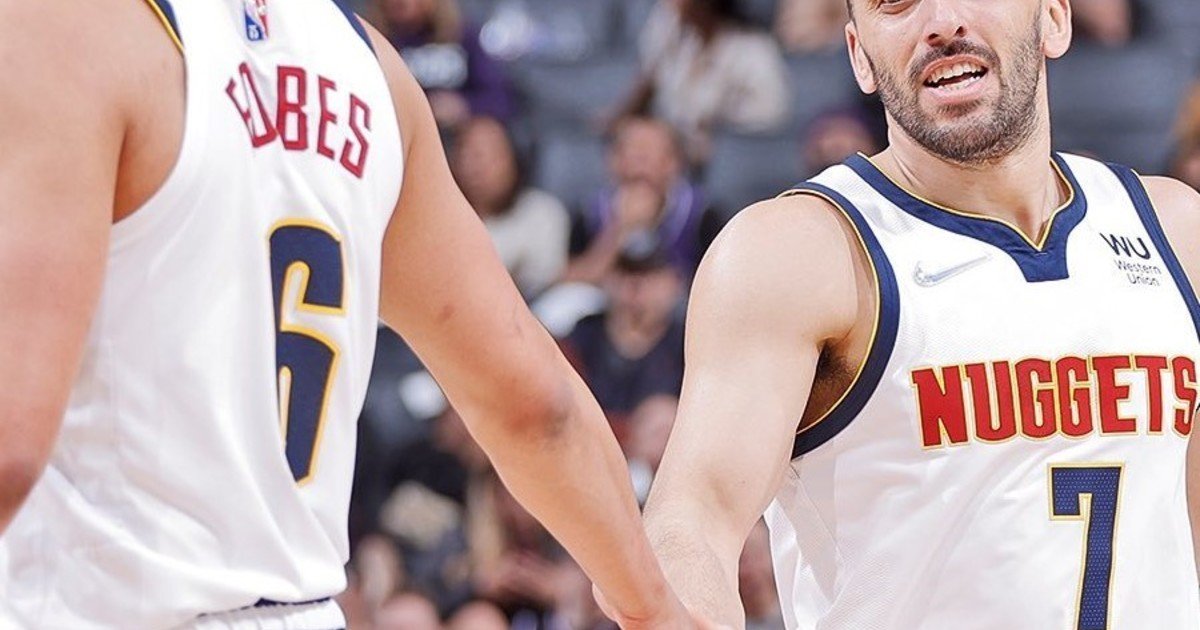 good night to Facundo Campazzo. They were 18 minutes, two points, six assists, four rebounds and one steal for the Argentine in the narrow triumph of Denver Nuggets 106-100 over the Sacramento Kingsin what was the fourth consecutive victory for Michael Malone’s team, which is led by the unstoppable Serb on the field Nikola Jockic (38 points).

Campazzo was important in the construction of the game and above all with his six assists, one less than the beast Jokic and third in the category in the game, behind the 10 of his rival De’Aaron Fox. Not a minor detail is that Facu played 18 minutes and both Jokic and Fox spent more than 35 on the court.

At its best moment of the night, the Argentine base assisted with an excellent pass to his teammate Bryn Forbes for a triple and immediately helped recover the ball, he went alone against the basket and he preferred to wait for JaMychal Green to serve you a dump. Unbearable in defense for rivals, luxury delivery for teammates.

Campazzo once again had good minutes in the team’s rotation against an inconvenience in the right knee of Bones Hyland, who appears regularly as a backup point guard. Hyland was ahead of Facu in the consideration of the coach thanks to his offensive contribution, a part of the game that the Argentine cannot improve (just one of five shooting from the field against Sacramento this morning).

The king, like almost every night, was the capital Nikola Jokic, who added more than 30 points for the third consecutive game and stayed at the gates of another triple double. Almost ridiculous statistics: 38 points, 18 rebounds, seven assists, one steal and two blocks for the Serbian.

To illustrate the overwhelming performance of the Joker, it is necessary to talk about his last three games. With 63% shooting from the field, it was the worst of his last three nights on the court in terms of percentage, since he came from 71% against the Golden State Warriors and 73% against the New Orleans Pelicans. Still, he had 38 points. A complete animal and, of course, candidate to stay again with the MVP award.

Despite Jokic’s great night and Campazzo’s contribution, the victory was fair, 106 to 100. Although at the end of the first half the Nuggets were leading by 12, they had a good scare in the third quarter, where the difference was shortened to just three points at the end of the period. In fact, in the middle of the fourth quarter the Kings were ahead by one point on a couple of occasions.

Likewise, Denver was able to maintain its composure, take its fourth consecutive win and establish itself as sixth in the Western Conference, with 40 wins and 26 losses. The leaders of the zone are the Phoenix Suns, with an excellent 53-13. In their next meeting, from 12am this Friday, the Nuggets will be local again against the Golden State Warriors from Stephen Curry at BallArena.

Jokic, the figure of Denver.

Campazzo, assist in the victory of Denver