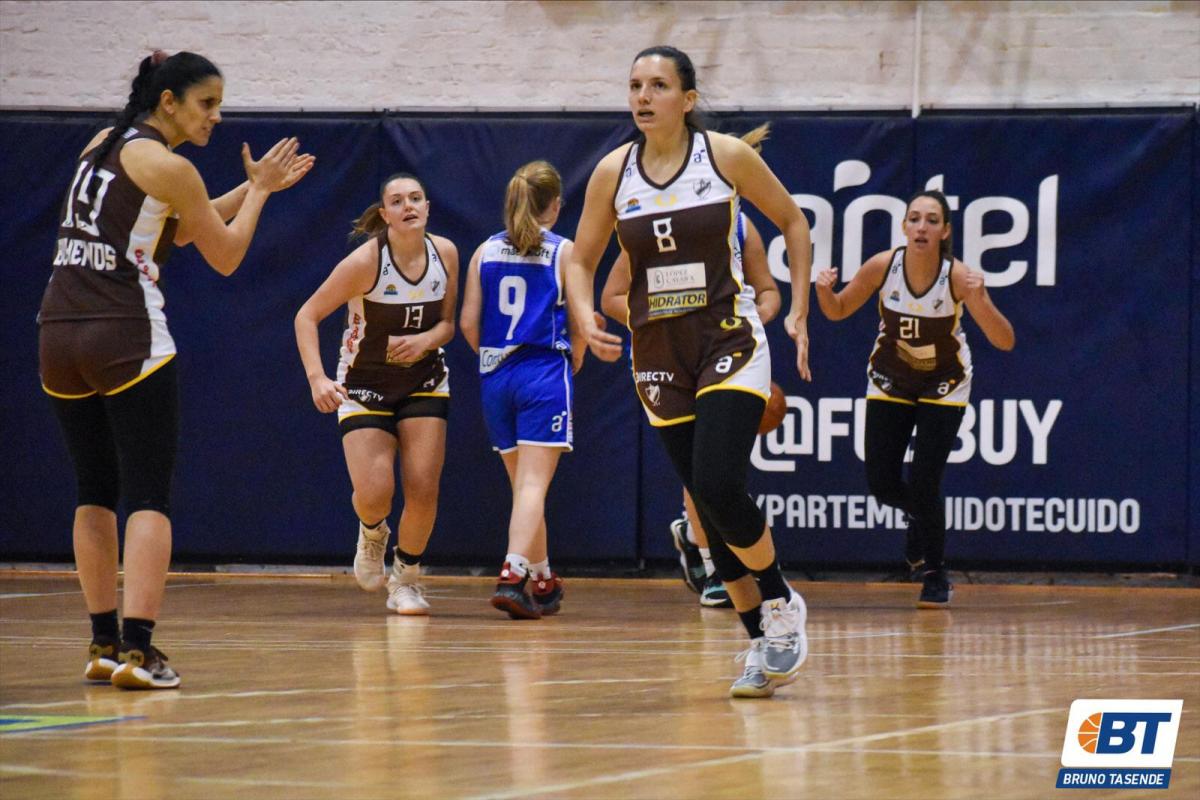 The game started mixed up, worthy of a new start to the season, dirty and ineffective offenses. Luciana Chagas opened the game with a spectacular shot of three, while in Bohemios the first joy was put by Chiara Vico, after a great assistance from Pierina Rossi, who brought together three rivals and left her alone under the basket. That was the common thread of both teams, Chagas at Yale and Rossi at Bohemios. Luciana playing and converting, with the team on her shoulder in the rustic game, which allowed Bohemios with a very tough defense. While Pierina was in charge of carrying and transferring the offensive game in the maroons, generating spaces for Vico and Curbelo to score. The first boy finished with the brown ones up by a minimum of 13 to 12.

The second quarter opened with a new assist from Rossi, this time to Daniela Tovagliari to convert from 6.75 and then a run from court to court by Pierina herself to stretch. Yale managed to contain the advances of the brown base and the game stalled. Sofía Podestá became the owner of the ball in Jacinto Vera’s team when Chagas went to rest. But the zone 2-3 of Bohemios, became impenetrable. The blue one became dependent on Luciana Chagas in scoring and that was read very well by the brown one, going on to defend hard at number 5. The brown ones opened distance, but then suffered the intense defense of the Jacinto Vera team that shortened. In their prime, those of Pocitos responded with bombs to cut off the reaction. The last ball was thrown into the hands of Sofía Podestá, who put down three Sofía Podestá to close the score, 26-23 ahead of the brown women after 20 minutes of play.

The second half was slow to start. Yale came out very right on 15 minutes, he could only drop the harangue and go out to play. Those minutes of warm-up that Bohemios did have, he took advantage of them and with two good offenses he stretched the lead to 8 points. After that start, Briñon asked for a minute and woke up the girls, who with Chagas in the lead, led the reaction to get back to a ball. The game continued to be mixed and Yale made a profit in the game. Although he could not pass on the scoreboard, he kept the game at a low score, ideal for his claims to win. Facing the last quarter, the Marronas were still up 38 to 34.

The first 2 minutes of the last boy were again dirty offenses and wrong decisions. Aranzazu Sureda ended the drought and Camila Dos Santos put the final ingredient on him with a triple to open 9. Jacinto Vera’s team tried, looked everywhere, but could never pass on the scoreboard and the victory went to the Marronas 47 to 39.