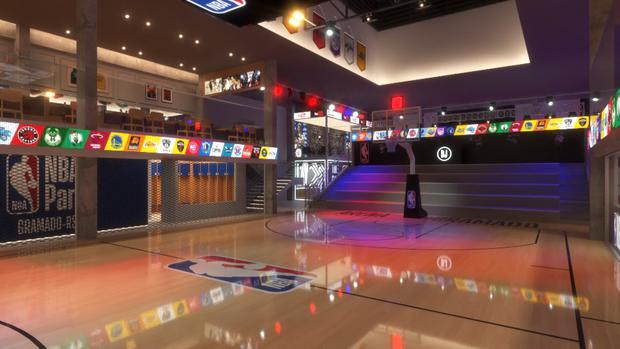 the madness of the NBA arrives in South America and Brazil was the place chosen to host the NBA Park, a theme park never seen before. This space will give basketball fans the opportunity to live unique moments in a place dedicated to honoring the biggest league in this sport in the quest to assimilate the experiences of Disney theme parks.

The largest space for NBA experiences in the world will be in Latin America! 😍

The NBA Park will open in November in Gramado, Brazil 🇧🇷, and will feature basketball courts, interactive areas, “Instagramable” sectors, restaurants, an NBA Store and much more! pic.twitter.com/0nKspXNQJw

This entertainment center will open its doors in November in a collaboration between the National Basketball Association (NBA) and National Park Basquete Brasil, a Brazilian operator of theme parks and entertainment attractions. The park will have more than 4,000 square meters in a three-story building and about 15 attractions for basketball fans.

The NBA Park will be located at Gramado, in the state of Rio Grande do Sur, state in the extreme south of Brazil bordering Argentina and Uruguay. “The opening of the world’s largest destination for NBA fans in Gramado speaks to the momentum of basketball in Brazil and our commitment to offering our passionate fans across the country unique experiences,” announced the vice president of licensing and retail of the NBA in Latin America, Sergio Perrella through a statement.

The theme park will have, in addition to the attractions, basketball courts, interactive areas, exhibition halls, stations for video games, photo environments for social networks, cafes, restaurants, rooms for shows, special events and NBA-themed stores. . The NBA Park will have a special area to exhibit memorabilia from the NBA’s historical legacy and art pieces inspired by the great moments and legends of basketball.

The center promises to have the most advanced technology, as well as a special area for the little ones at home with rides and shooting machines. “The NBA transcends the game of basketball through fashion, lifestyle and pop culture, and NBA Park will bring these themes to life.” commented the director general of the National Park Basquete Brazil, Jonah Ortiz.

This theme park will have the capacity to receive up to 3000 people per day about. and are expected from 20,000 to 25,000 visitors per month according to expected forecasts. The project hopes to cause a stir in Latin America and bring sports lovers in general closer to basketball and, above all, generate greater interest in the NBA.

Brazil’s NBA Park: Why do they call it the Disney of basketball fans?