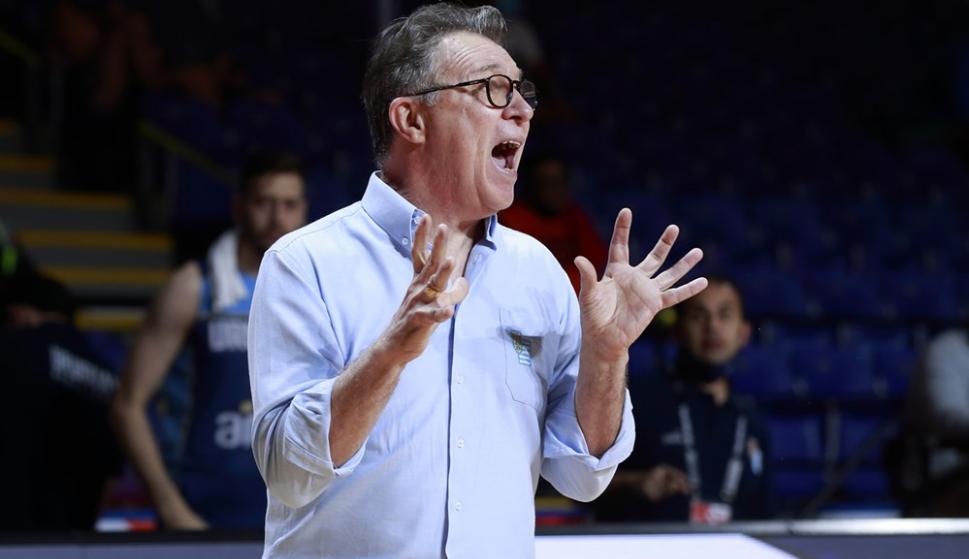 The celestial dream continues with a stopover in Franca, Brazil. The Uruguayan national teamdirected by Reuben Magnanowill play against the always powerful Brazilian cast for the third date of the B Groupcorresponding to the Qualifying for the 2023 World Cupwhich will be played in Japan, Indonesia and the Philippines.

The goal is clear and Celeste arrives with confidence: comes from beating Colombia in the two games played in Buenos Aires, which corresponded to the first window, and that has earned him a good position in his group: today he is harvesting four units, just like Brazil, with whom he leads. For their part, Colombia and Chile are behind with only two points.

The match against Canarinha can be seen from 7:10 p.m. through TV Plus and the stage will be the Pedracao gym in the Brazilian city of frank. It will mean a crucial duel for the future of the group since the two leaders face each other.

As far as what is needed to access the second round of the qualifier, Uruguay must be among the first three of the group that integrates together with Colombia, Brazil and Chile. Then, those who qualify will continue with their obtained score and will have to meet the best three of group D, which is made up of the United States, Puerto Rico, Mexico and Cuba. In that instance, those who have already faced each other will not be able to play each other and the best three of those six participants will have their direct quota to the World Cup.

In turn, it is also possible that whoever finishes fourth qualifies, but for that they must reach a sum of points higher than those of the fourth of the other group formed by the three best from group A and C.

“Against Colombia we managed to put together two excellent games, both defensively and offensively, we fit in very well with what the coaching staff asked us to be able to counteract their strengths and move the games forward,” he declared. John Ducasseplayer of the Uruguayan national teamin dialogue with Ovation.

Regarding today’s rival, he pointed out: “We know the potential that Brazil has, but we came here to look for the two victories. We are going to have to get very tough on defense and on the rebound due to the physical disadvantage we have with respect to them, and from there start building positive things in attack”, he closed.

Brazil vs. Uruguay: when, where and at what time does Ruben Magnano’s team play