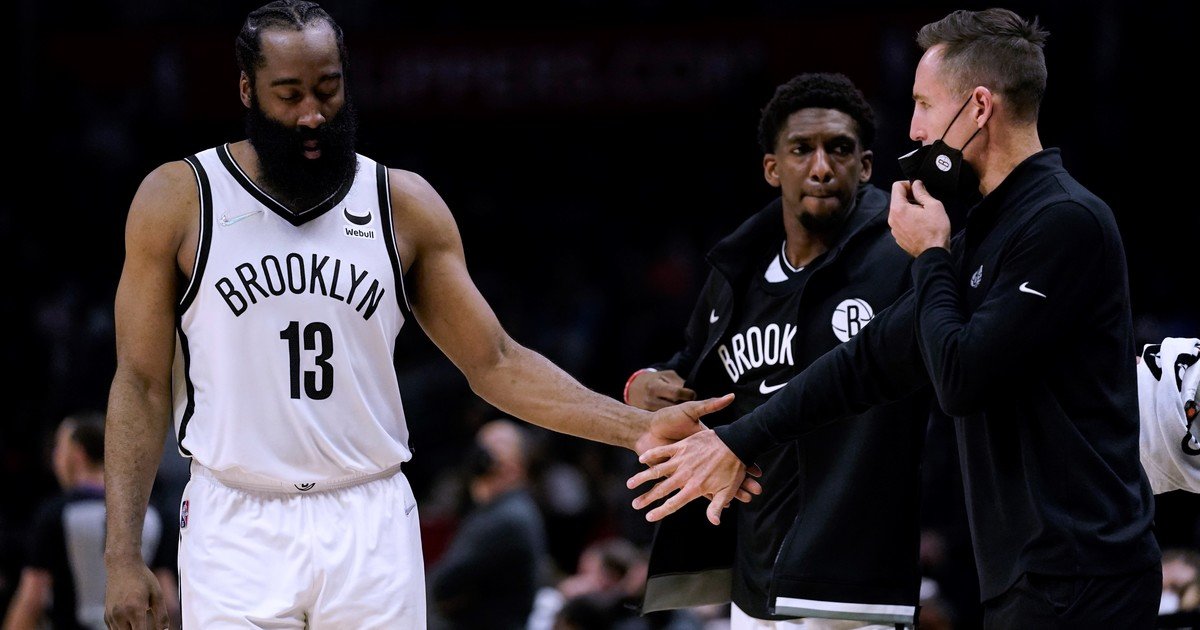 The bomb exploded! A week ago there has been talk of a possible transfer of james harden, who did not want to make a formal request for fear of criticism. This Thursday his wish came true. The beard will leave Brooklyn Nets and it will be a hierarchy booster for an Eastern Conference franchise: Philadelphia 76ers.

This news was confirmed with less than two hours to go before the deadline for changes to the NBA. Thus, La Barba leaves the Brooklyn Nets just 13 months after his arrival. This is how the Big-3 that he formed together with Kevin Durant Y Kyrie Irving. These three superstars could only share 16 games. Injuries and sanitary measures caused them to be unable to display all their talent together.

James Harden and Kevin Durant could not meet the goal of the ring (Photo: AP).

James Harden is traded to the Philadelphia 76ers along with Paul Millsap. In return, Brooklyn Nets will host Ben SimmonsSeth Curry, Andre Drummond and two first-round draft picks (without protections, and one from 2027, protected in the top 8, which would go on to 2028 with the same restrictions), according to multiple US media reports.

For weeks it has been commenting that The Beard was upset with the life he was having in New York. This was enhanced by the Annoyance generated by the fact that Kyrie Irving is only present in away games for not being vaccinated. Faced with the possibility that he will leave at the end of the season in free agency, the Brooklyn franchise looked for an exit that would give him some benefit.

Kyrie Irving cannot play in New York because he is not vaccinated (Photo: EFE).

The good news for the Nets is that they received Ben Simmons, a talent that they will have to recover. The Australian did not play all season. Why? The point guard requested a license under the arguments of mental health due to the pressure he received in the Philadelphia 76ers after the failures in the Playoffs. This will be a new beginning for him, who will have the opportunity to start from scratch and form a Big-3 with Kevin Durant and Kyrie Irving. Are they to fight for the ring?

James Harden and Ben Simmons in a duel in February 2021 (Photo: AFP).

Both franchises win with this exchange. The Sixers were able to retain two young talents from the roster: Tyrese Maxey and Matisse Thybulle. What’s more, they add James Harden, who can form a great duo with Joel Embiid, one of the best interiors in the NBA and candidate for regular season MVP. La Barba, which this season is averaging 22.5 points, 10.2 assists and 8.0 reboundswill be reunited with an old acquaintance: Daryl Morey. This is currently the President of Operations for the Philadelphia 76ers, but he was the man who brought the shooting guard to the Houston Rockets.

Bomb in the NBA! James Harden has a new team