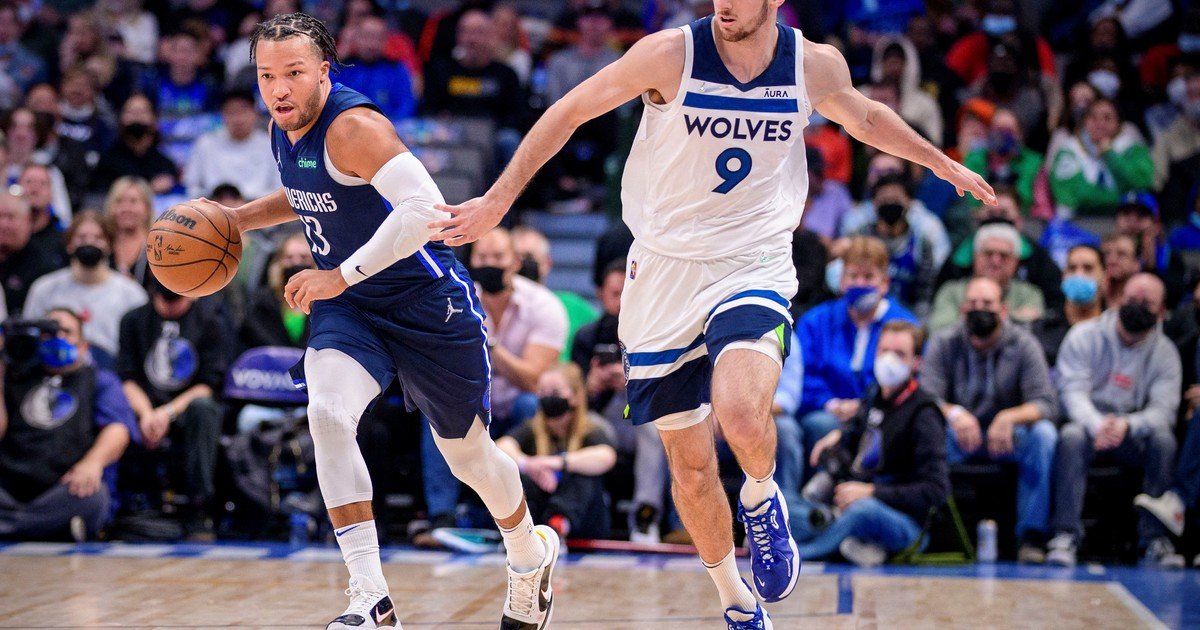 Leandro bolmaro, who a little over two weeks ago He entered the history of basketball in our country for being the Argentine who played the youngest as a starter a match of NBA, this Tuesday night he came out again in the starting quintet of the Minnesota Timberwolves, although without luck. His team lost 114-102 in their visit to the Dallas mavericks (without Luka Doncic) and the native of Las Varillas closed a discreet performance from the numerical point of view.

In the 11 minutes he was on the court in his second start, Bolmaro had two rebounds and a steal. This last one was the most outstanding play of the Cordovan in the match. With a very good defensive reading, he cut a ball in his own field and led a counterattack, which unfortunately D’Angelo Russell could not materialize from the three-point line. The Argentine forward, who could not take a field shot, left in the second quarter and did not enter more.

Although the first quarter had ended Minnesota by one point and the game was close, in the second there was a break in favor of the Mavericks (27-15), which allowed him to make a difference that was maintained until the end. Dallas ended up leading by 12.

Bolmaro’s Timberwolves, who are 9th in the Western Conference (15 wins and 16 losses), play again this Wednesday, against Utah Jazz, at 23 (Argentine time).

On December 6, in the 110-121 loss of the Timberwolves to the Atlanta Hawks, LB (aged 21 years and 86 days) beat the mark held by Carlos Delfino (22 years and 205 days), since 2005, as the youngest Argentine to start in the best basketball league in the world. For his part, Manu Ginobili was a starter in the NBA for the first time at age 25 and Luifa Scola, at 27.