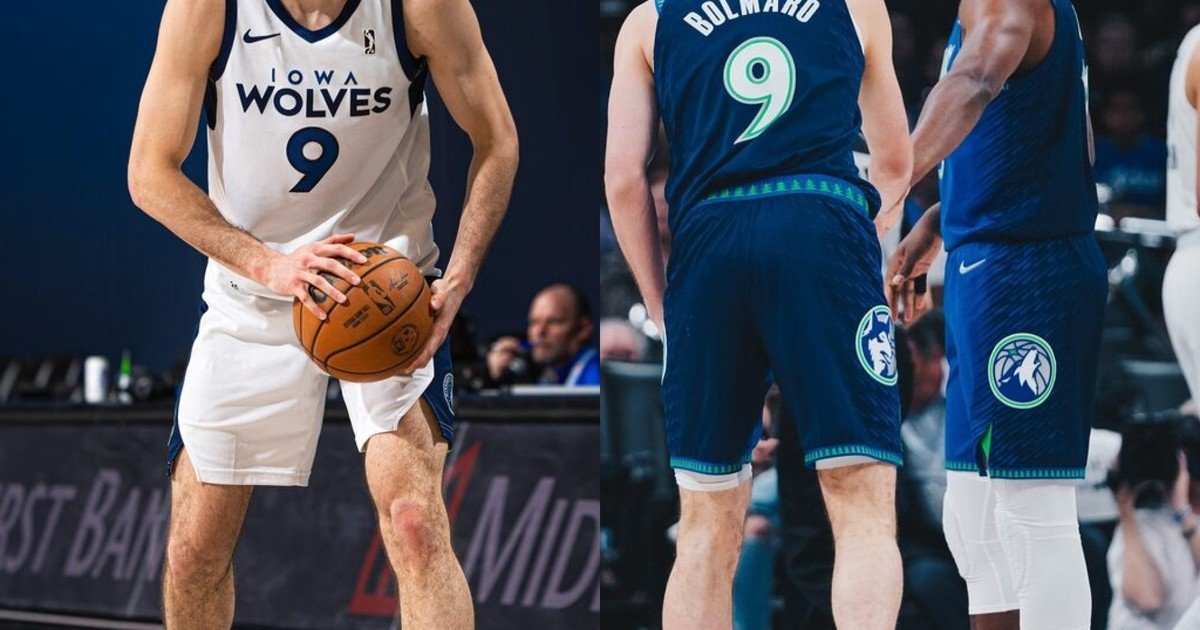 Any phrase could be applicable. Thank God is friday. It’s Friday and your body knows it. And the signatures continue. For Leandro Bolmaro, any of them will have liked him. The last working day of the week surprised the Cordovan from Las Varillas in the best way, with a official double shift which, if it is not unprecedented, hits the post and comes out (in football terms). The Minnesota player had double duty. First, in the afternoon, he was part of the victory of the Iowa Wolves, the affiliate that plays in the G-League. Then, at night, he participated in the victory of the Timberwolves in the NBA. Better impossible.

Then, he had his injury time at 138-101 -already in the major leagues- against Oklahoma City but…Thunder. With the match defined, entered in the absence of 5’04 “ but he did not lose protagonist: he scored six points (0-1 in doubles, 2-3 in triples), took a defensive rebound, recovered a ball and gave a goal pass.

In the party that closed his night, Karl-Anthony Towns and Naz Reid added 20 points apiece for the Wolves, who scored their third win. Taurean Prince had 18 points, D’Angelo Russell added 17 and Jaden McDaniels added 16 for Minnesota, which has won six of its last eight games. The Timberwolves backups — including Bolmaro, of course — led by Reid and Prince, outscored Oklahoma City 74-18. The Wolves scored 45 points in the second period. It was his highest number of the season in any quarter.

Shai Gilgeous-Alexander scored 33 points for the Thunder. It was his fifth straight game with at least 29 points. Isaiah Roby added 21 points and 10 rebounds for OKC, who were lacking starters Josh Giddey (right hip soreness) and Lu Dort (left shoulder strain).

What about Campazzo’s Denver Nuggets?

DeMarcus Cousins ​​started in place of Nikola Jokic and shone for The Denver Nuggets defeated the Houston Rockets 116-101. At 19’05”, Facu Campazzo barely made a shot from the field (0-1 in doubles) and missed the two free kicks he made. At least, he gave four assists and pulled down two defensive rebounds, as if to get an extra pampering.

Cousins ​​posted a season-high 31 points as the Nuggets bounced back from a loss. Jokic, the previous season’s MVP, was absent due to illness. The club specified that it is not about COVID-19.

JaMychal Green and Jeff Green each added 14 points and Denver got back on track after losing to Oklahoma City on Wednesday. The Nuggets got their seventh victory in the last eight games. Will Barton, meanwhile, had 11 points, including six through a pair of three-pointers. He passed JR Smith as the Nuggets’ all-time leading 3-pointer with 769. Christian Wood had 22 points for Houston, while Jalen Green added 18. The Rockets have lost 12 straight.

Friday results in the NBA: