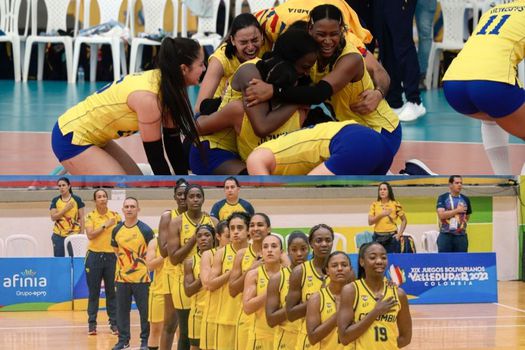 In recent years, women’s basketball and volleyball in Colombia have stood out for the good results of the national teams.

Colombia’s performance at the 2022 Valledupar Bolivarian Games was historic. The domination of the local delegation in the medal table was total and this Tuesday, once again, team sports contributed their grain of sand in the consolidation of Colombia’s first place in the medal table of the fair.

Women, both in basketball and volleyball, achieved two historic championships for the country, in two finals in which both teams showed superiority.

Plus: Wimbledon 2022: Cabal and Farah’s rivals in the semifinals

This is the definitive moment when we got the victory against a brave team from the Dominican Republic.

On the one hand, in basketball, Colombia defeated Chile in the final by a large score of 58-33, with Jenifer Muñoz as the top figure and scorer of the match with 12 points.

In this way, Colombian basketball, after its championships in the men’s and women’s branches, and in women’s 3×3 basketball, closed its participation in Valledupar with three gold medals, out of four possible.

Also: Women’s Copa América: its history and its present

On the volleyball side, the women’s national team defeated the Dominican Republic 3-2 in the final and also won gold, as did the men’s team.

Keep in mind that the women’s team is preparing to face this year’s World Cup, which will be played in September this year in the Netherlands and Poland.

🚴🏻⚽🏀 The latest in sports?: Everything you need to know about world sport is in El Espectador