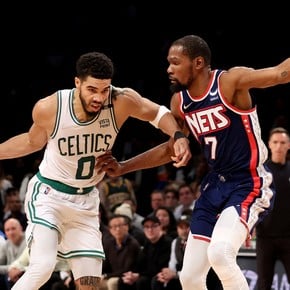 In a crowded Bombonerita that experienced a final climate, Mouth defeated San Lorenzo for 87-78 in one of the reclassifying series towards the quarterfinals of the National League. Xeneize made a difference in the first quarter and then managed it from the hand of JJ Avila, who scored 26 points. On the visitor’s side, it stood out Agustin Perez Tapiawho scored 23.

In a furious start, Boca managed to take an advantage of 11-0 from the hand of Schattmann, Avila and Camacho Vargas. The first points of the Cyclone came thanks to Cerminato when they had already spent 3m45 of the game. Quintans, DT of San Lorenzo, put Pérez Tapia in and he responded with 8 points of the 13 that the visitor scored in that quarter. However, Avila was still unstoppable and was fundamental in which Xeneize led by 15 at the end of the first quarter (28-13).

Xeneize will play the quarterfinals against Peñarol.

In the second room, Boca came to get the maximum with a triple by Buendía and a double by Boccia (33-15). Then, San Lorenzo improved its defensive facet and found support for Pérez Tapia in Cerminato. Between the two they converted 24 points for Cuervo, who fell behind losing 44-31.

After the break, Boedo’s men came out plugged in and nailed a partial of 13-6 to lower the difference to just six points. This led Gonzalo García, DT of Boca, to ask for time out. around the corner, the locals re-entered the game and, again at the hands of Avila, they took a partial 8-0 to resume the double digit difference (60-47) and finish the fourth up by 62-51.

in the last chapter San Lorenzo again shortened the difference and was only four behind its rival after four points from Rutenberg, who scored a triple and complemented it with a free kick (79-75). But when it seemed that the Cyclone tied it, a double by Boccia and a triple by Aguerre gave Xeneize oxygen and victory.

Now, Boca will have to play its best-of-five quarterfinal series against Peñarol, who qualified for that instance directly after finishing 4th in the regular phase.

How are the reclassifications going?

Already with three of the four classified (Boca, Oberá and San Martín) a place remains to be defined, which will be decided between Regatas and Riachuelo, who will close the date this Tuesday at 21.30. The Riojans win the series 1-0.

In quarters and still without rival they wait Quimsa, Gymnastics and Institute.

Boca swept San Lorenzo and is in the quarterfinals