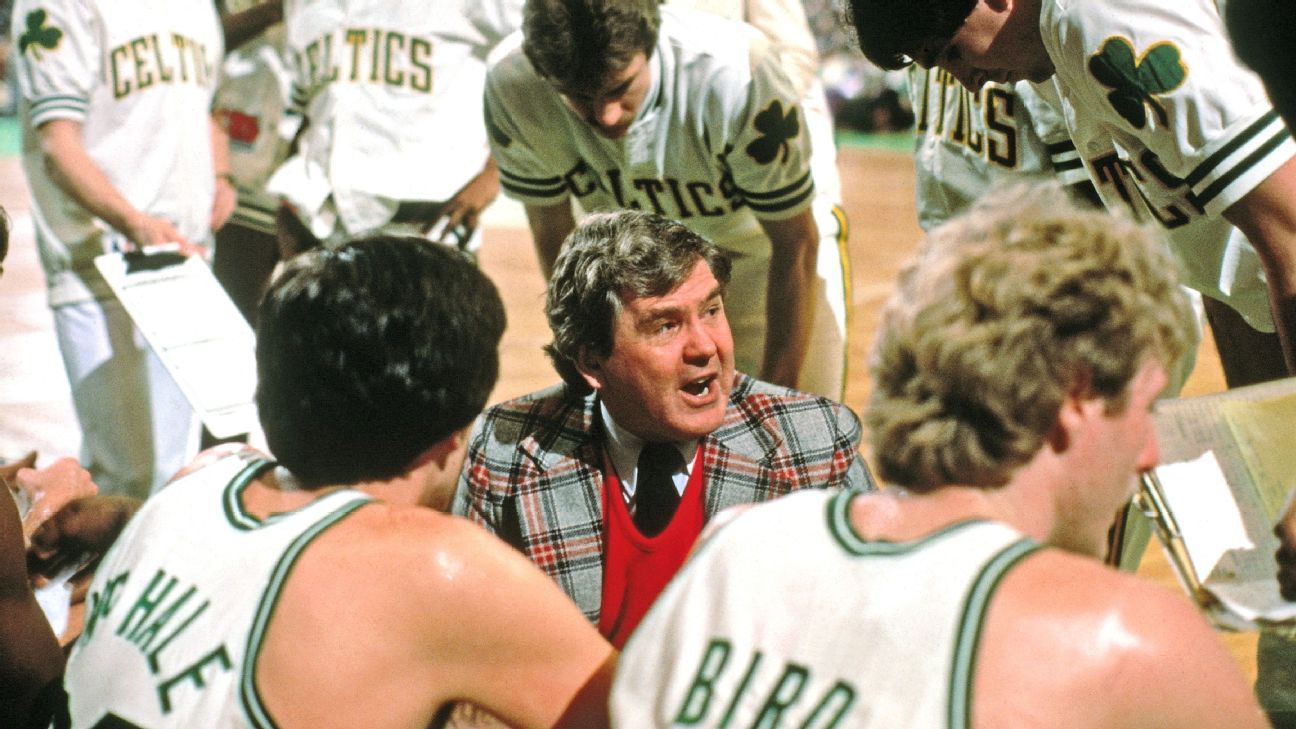 Legendary Hall of Fame coach Bill Fitch, who coached some of the NBA’s biggest names and helped guide Larry Bird and the Boston Celtics to an NBA championship in 1981, died at the age of 89 on Wednesday. .

Fitch, a two-time NBA Coach of the Year, was named to the list of the 10 greatest coaches of all time as the NBA celebrated its 50 greatest players during the league’s 50th anniversary. Fitch was 10th all-time in wins among NBA coaches until Doc Rivers surpassed him in December 2020.

“The NBA mourns the passing of Hall of Fame coach Bill Fitch, NBA champion with the Boston Celtics and two-time Coach of the Year,” posted the league on Twitter. “Bill served 25 seasons as an NBA head coach and mentored countless players and coaches. Our deepest condolences go out to his family and friends.”

The NBA mourns the passing of Hall of Fame coach Bill Fitch, an NBA champion with the Boston Celtics and a two-time Coach of the Year. Bill served 25 seasons as an NBA head coach and mentored countless players and coaches. Our deepest condolences go out to his family and friends of him. pic.twitter.com/39TOkCTOwQ

Fitch began his NBA career as the expansion Cavaliers’ first head coach in 1970, guiding them to the playoffs three times after winning just 15 games in their inaugural season. He earned his first NBA Coach of the Year honor in 1975-76, guiding the “Miracle of Richfield” team to 49 wins and the Eastern Conference Finals.

Fitch was named the Celtics’ head coach in 1979-80, just after Boston selected Bird as its latest franchise star. In their first season together, Fitch, Bird and the Celtics went 61-21 and reached the Eastern Conference Finals, resulting in his second NBA Coach of the Year honor.

After an off season that brought Robert Parish and the rookie Kevin McHaleFitch guided the Celtics to 62 wins, beating the Rockets in the NBA Finals for Bird’s first NBA championship and Fitch’s only title.

“Fitch’s deep understanding of the game, toughness and dry wit made him a perfect fit for Boston and the Celtics,” the Celtics said in a statement Thursday. “Fitch had already built a reputation as a trade artist, and his ability to bring out the best in his players paid immediate dividends when Fitch orchestrated what was at the time the greatest trade in NBA history, jumping to a record 21-61. … The Celtics family mourns his loss as we celebrate his legacy.”

After winning 61, 62, 63 and 56 games in his four seasons with the Celtics, Fitch joined the Rockets in 1983-84. Houston had won only 14 games the previous season, but selected Ralph Sampson first overall in the 1983 draft. Fitch guided Sampson and Hakeem Olajuwon to the NBA Finals in 1985-86, losing to the Celtics.

Fitch wasn’t done helping turn the tide for franchises. He joined the Nets and won just 17 games in his first season in 1989-90, but led a group that included Kenny Anderson, Derrick Coleman and Drazen Petrovic to 40 wins and the 1992 playoffs.