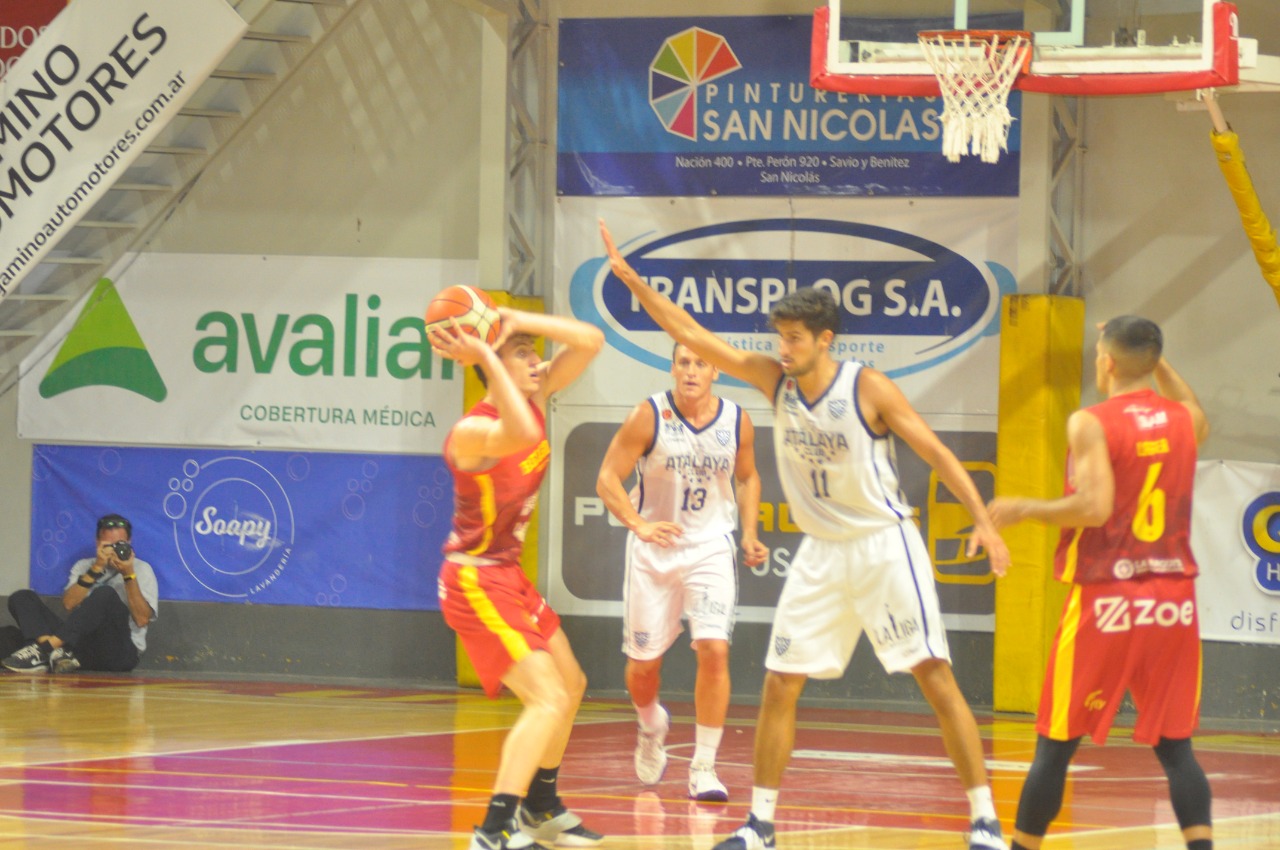 El Rojo – who had just lost his last two presentations playing as a local and had lost three in a row – won 75-56 over Atalaya in the “Fortunato Bonelli” at the beginning of the sixth date of the CAB Region Division 1. Lagger was the figure, with 25 points and 8 rebounds. In addition Sportmen defeated Provincial.

In one of last night’s duels for the opening of the sixth date of the CAB Region Division 1 of the Federal Basketball League, Belgrano left behind three consecutive defeats by beating Atalaya de Rosario in the “Fortunato Bonelli”. El Rojo – who had just lost his last two appearances playing at home – prevailed by 75 to 56, completing a solid defensive performance and correct work in attack. Belgrano appeared again without Nicolás Maffei and Joaquín Lallana, both injured and in doubt for the next commitment that the team will have in the continuity of the tournament; nothing more and nothing less than with Regattas, on Friday 11, at home.

In the other match that was played last night, Sportmen Unidos (19 from Dalpino and 18 from Boixader) beat Provincial 70-64 as a visitor (18 from Pablo Fernández and 16 from Garello).

Belgrano dominated the result from start to finish. And he saved in the occasional lapse, starting from his zonal defense, he also controlled the game, against a rival who had a very poor night in offense (with 19-54 in shots from the field). His main figure was Octavio Lagger, who totaled 25 points (6-9 in doubles, 4-6 in triples and 1-1 in free throws), 8 rebounds (4 offensive), 2 assists and 2 steals.

With all men who played in front of the basket, Atalaya stayed in the game while he scored it from outside. That happened especially in the first quarter (3-10 in triples). Later, with Fascia hesitant, he generally passed the ball more than he should have and only showed danger with the individual arrests of Yanson and the impetus of Borches. Merit of the defense of Belgrano; from now on And in the opposite field, the team led by Daniel Maffei experienced one of its best moments in the match at the end of the second period, in which it completed a 9-0 run (including its first treble, converted by Vercelli). Lagger’s imbalance was another outstanding aspect of Belgrano in the first half, which he took 34 to 22. Good actions by Núñez and Vercelli allowed the locals to widen their advantages at the start of the third act. And, when Atalaya tried to get closer, confusing the game, Belgrano hit him with triples from Lagger and Delon (3-6 in that passage), to pass the barrier of twenty points difference. In the final chapter, the Nicoleños went two minutes without converting, but Lagger’s scoring ability and the regularity of Vercelli and Calcaterra (22 points, 13 rebounds and 7 assists between the two) allowed him to obtain an income of twenty-five (maximum, 71 -56). In this way, against a dim-witted opponent, he settled history early, achieving his most comfortable victory so far in the championship to regain momentum for what is to come.

BELGRANO WAS REUNITED WITH THE VICTORY IN THE FEDERAL BASKETBALL LEAGUE