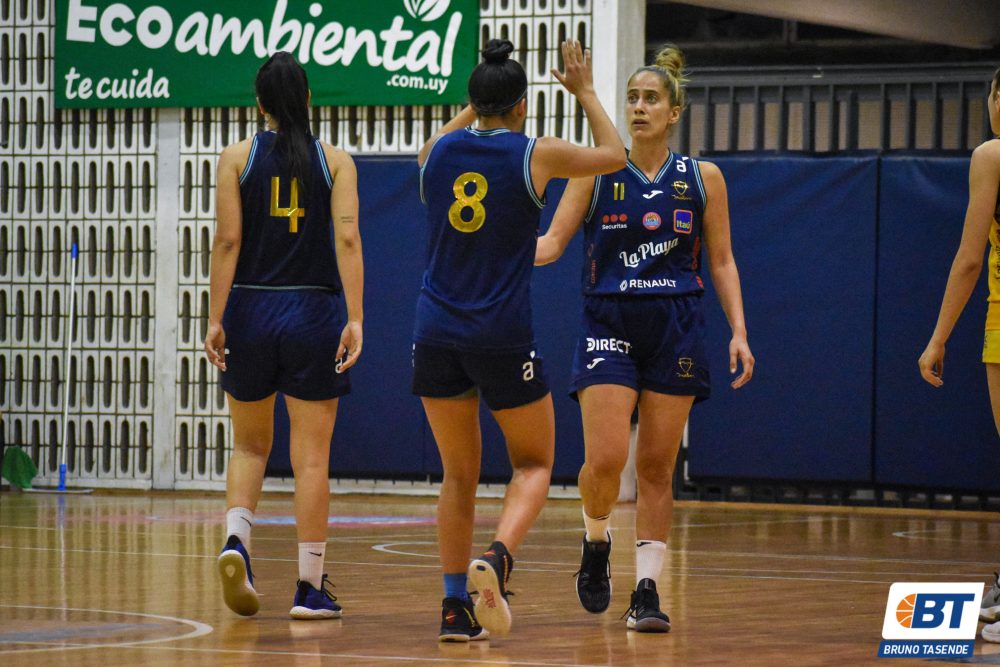 The T-shirts started with good effectiveness against the zone, generating situations from the low post to punish from the corners and open the game 13-0. Martín López stopped the game, but the Costeras continued to have a high amount of losses and this was taken advantage of by those of Juan Pablo Serdio, with a run by Sabina Bello they opened 15. Ornela Bacchini cut the drought in practically six minutes with a free kick and in the change to individual, those of Mercedes were in charge with good help to avoid the breaks. Going to the bottom, he found in a 9-2 run, his reaction in the game and they went 10 down (19-9) at the first break.

Malvín, in zone managed to lower the scoring of a Rowers who started 0/6 in triples and went on to lose by 13. From the bench, Serdio brought the points of Fernanda Midaglia and Emilia Larre Borges, beginning to make use of his long rotation . The Mercedes, returning to the area, found a better closure, damaging from the short downloads, to close at 11 the first half (35-24).

Putting the ball down for Melina Zapata, the Mercedarians gradually absorbed part of the difference, to break the double-digit barrier in five minutes of the third. The Costeras definitely put themselves in the game, with a 2 + 1 from Bacchini and a fall from Pía Moyano that left his team to 5. But Paula Fernández with points on the bass and Carolina Fernández with a double and foul, gave Playa the advantage of 10 in the fourth quarter.

Remeros had a highly collective start to the fourth period, to get doubles and fouls at the hands of Bacchini and Moyano, from Ornela’s posts, to discount to 4 in the blink of an eye. The solution for Malvín was with Raphaella in the low post, which also served to generate second shots. But the one who ended up taking the rival away from the reaction was Fiorella Martinelli with a bombshell from the corner to open 9 (59-50). The Playeras, with counterattack points, again managed to stretch to double digits for air. Moyano with five consecutive points, awakened Mercedes with hope. A Zapata double put the team led by López into shooting and a steal by Leticia Menéndez on Midaglia, could put him on a ball. Florencia Somma ended up putting a fundamental cap on him and after a minute, Moyano tried a triple from the corner to put his team to minimum, but the ball went out and the Beach, ended up closing the season with third place in the Gold Cup.