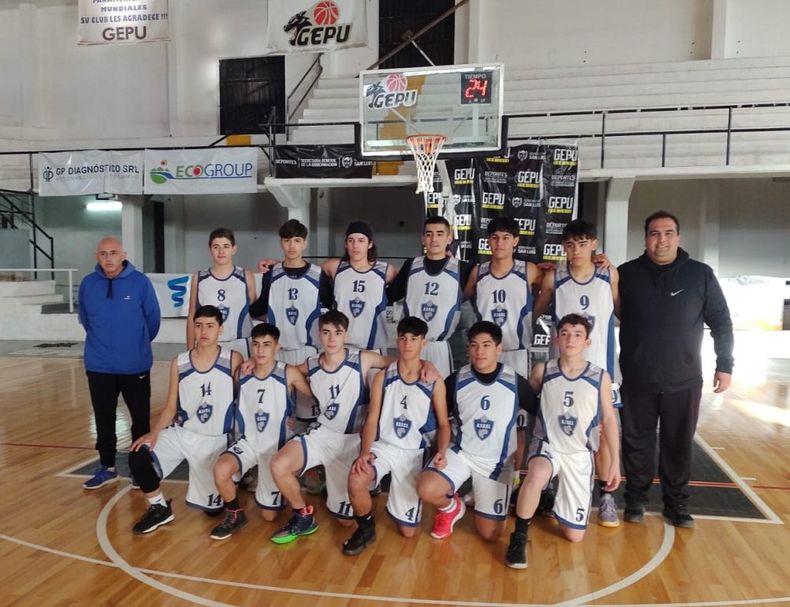 Within the framework of the first date of the tournament Pre Federal of Basketball of training divisions which was played at the “Emilio Perazzo” stadium, in the province of saint LouisGEPU (Gimnasia y Esgrima Pedernera Unidos), defeated the ASBRI team from San Rafael, U15 in the last ball of the match by 52 to 51.

Participating in the Pre Federal tournament in the divisions, U13, U15 and U17, organized by the CAB (Argentine Basketball Confederation) teams from San Rafael, Mendoza, San Juan and San Luis.

Let us remember that the champion of the Apertura sureño tournament, organized by the “Rodolfo Iselín” San Rafael Basketball Association, was Colegio San Martín (General Alvear), who invited the sub-champion Real del Padre to merge and the San Rafael Tennis Club to form a competitive team in this tournament whose team is directed by Alejandro Corra together with Javier Paquez.

The U15 category will play its Pre Federal in the month of July, while in August it will be played by the U17, ending with the U13 in the month of September of the current year.

In case of classifying the Federal of the CABB, the governing entity of national basketball will send the zone and game dates according to the position in the Pre Federal.

The ASBRI team will play at home next Saturday at 3:00 p.m., at the Real del Padre Municipal Sports Center, receiving Club Mendoza de Regatas, and on Sunday at 11:00 a.m., on the same stage, it will face Honor and Homeland from Las Heras, Mendoza.

If you need more information you can follow me at: