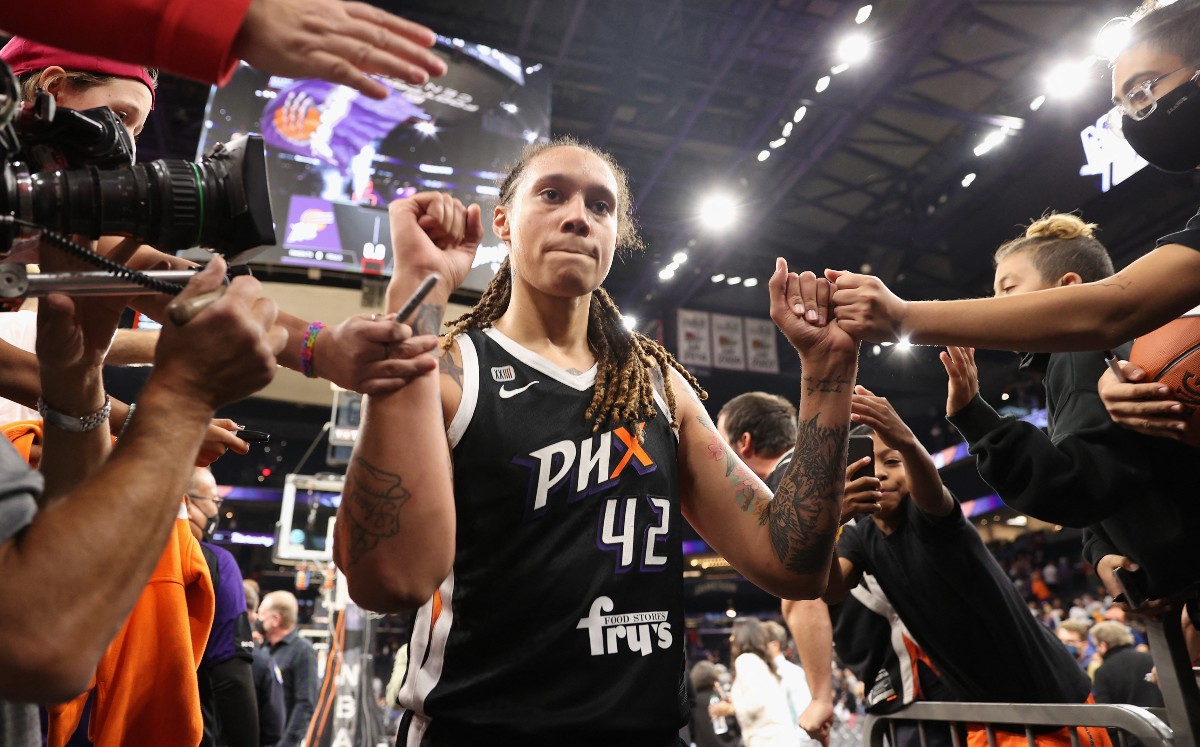 The double Olympic basketball champion of the United States Brittney Griner was arrested in Russia on charges related to possession of narcoticsaccording to Russian authorities and American sports organizations, in the midst of a crisis between the West and Moscow after the invasion of Ukraine.

The 31-year-old player is accused of carrying vape cartridges containing cannabis oil in her luggage.

“USA Basketball is aware and closely follows the legal situation facing Brittney Griner in Russia“, wrote on Twitter those responsible for the United States national team, transferring their “concern” for “the safety and well-being” of the player.

USA Basketball is aware of and closely monitoring the legal situation facing Brittney Griner in Russia. Brittney has always handled herself with the utmost professionalism during her long tenure with USA Basketball and her safety and her wellbeing are our primary concerns.

Her club, the Phoenix Mercury, and the American Professional Women’s Players Union (WNBPA) claimed to be “in the know” of Griner’s situation.

It was in February when the inspection of the hand luggage carried by the player, who arrived in Russia on a flight from New York, would have allowed “to confirm the presence of vaping material and a liquid that had a particular odor“Russia’s federal customs service said in a statement.

An expert was later able to establish that it was cannabis oil, according to that statement.

Customs did not reveal the woman’s identity. but they specified that it is “a member of the American National Basketball Association (WNBA) and double Olympic basketball champion with the American team.”

Brittney Griner’s track record corresponds to that descriptionsince last year he won his second Olympic gold at the Tokyo Games. He faces a sentence of between five and 10 years in prison.according to the same source.

The customs agency also published a video on Saturday in which airport security services are seen checking the luggage of a passenger who appears to be Griner.

Numerous WNBA players participate in European leagues when there is no championship in the United States and some of them do it in Russia and Ukraine.

Griner’s agent, Lindsay Kagawa Colas of the Wasserman Group, said in a statement that they are in contact with the player.

“We are aware of the situation of Brittney Griner in Russia and we are in close contact with her, her legal representation in Russia, her family, her teams, and the WNBA and NBA,” he said.

“As this is an ongoing legal matter, we cannot comment further on the details of your case.but we can confirm that while we work to get her home, her mental and physical health remain our primary concern.”

Griner led the Phoenix Mercury to the franchise’s third WNBA title in 2014 and to a surprising return to the WNBA Finals in October.

The 6-foot-6 center has also played for UMMC Ekaterinburg during the WNBA’s breaks since 2015, helping the club to won three Russian national titles and EuroLeague Women championships in 2016, 2018, 2019 and 2021.

Griner is one of 144 players on WNBA rosters who have played abroad. in the period between seasons of the North American league.

The income of European teams can far exceed what players earn in the United States.

Griner, for example, has received up to a million dollars a year with the UMMC, while the maximum salary of the WNBA is about 228 thousand dollars.

A WNBA spokeswoman told the New York Times on Saturday that all WNBA players except Griner had left Russia and Ukraine following Moscow’s military offensive in the neighboring country.

Basketball player is arrested in Russia for possession of narcotics