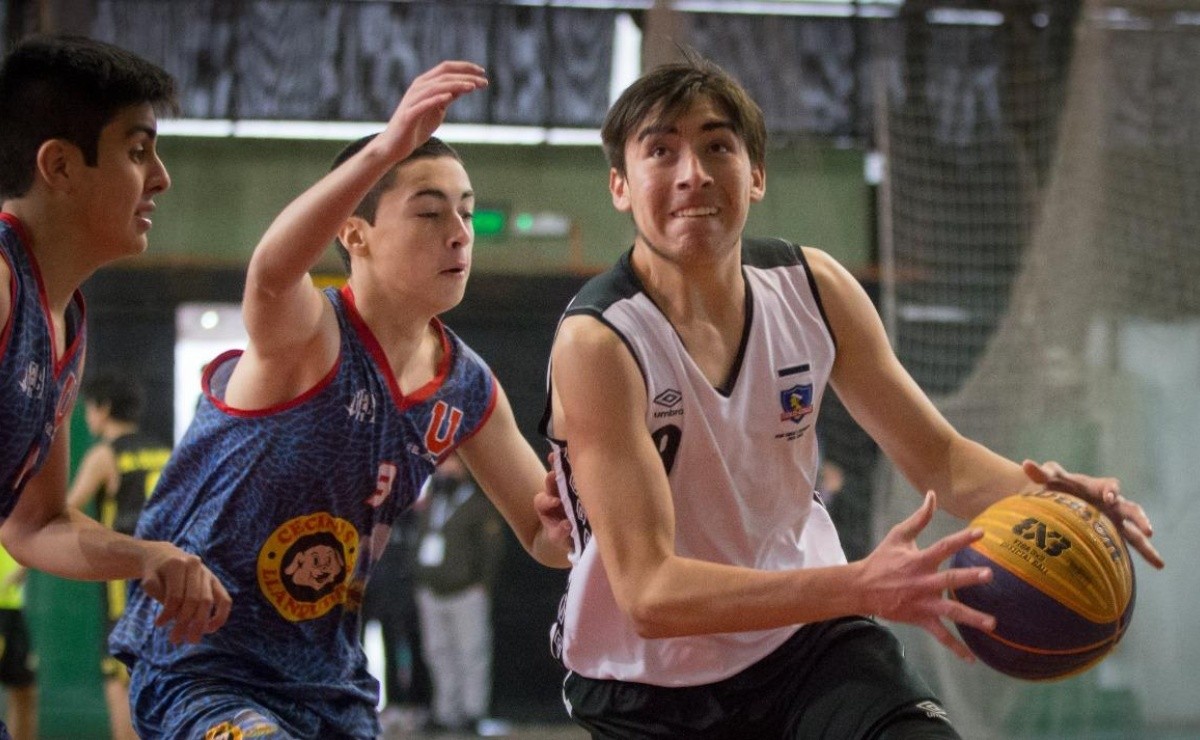 Francisco García, a power forward just 16 years old, was summoned to the work of the Basket Red that is getting ready for his challenges in 2022.

Colo Colo is not just football. several years since the Social Club have sought to promote all disciplines through its sports branches, basketball being one of the ones that attracts the most attention thanks to their massive tests to recruit talent.

These works are slowly beginning to bear fruit and this week the club received excellent news thanks to the summons to the Chilean youth team of its power forward, Francisco García, being the first youth squad called up in several years.

The player, just 16 years old and 1.87 tall, was invited to participate in a regular training program that will serve as preparation for the competitions that the Red basket will play during this 2022.

“For me, this nomination to the national team’s training sessions means a great opportunity to demonstrate the level that I have, what I have improved and what I can do. What’s more, it means achieving a goal that I had set for myself a while ago”, commented the native of La Granja in dialogue with the club’s official website.

The Club took the opportunity to congratulate García through its social networks and filled those in charge of the branch with pride. “We are very happy with Francisco’s nomination, it means that the work that we have been carrying out in the different branches is bearing fruit from the point of view of the calls to the respective national teams and particularly in basketball we lacked that milestone, since in volleyball and futsal we had already had summons in different categories”, commented Diego Fuenzalida, vice president of sports of the CSD Colo Colo.

A milestone that crowns a process that began in 2018 with an amateur focus and that seeks to return Cacique to the front line of national basketball. The albos have returned to the courts Participating in the Development League (Third Division) where it has a sub23 team, in what was the first impulse to professionalize the discipline.