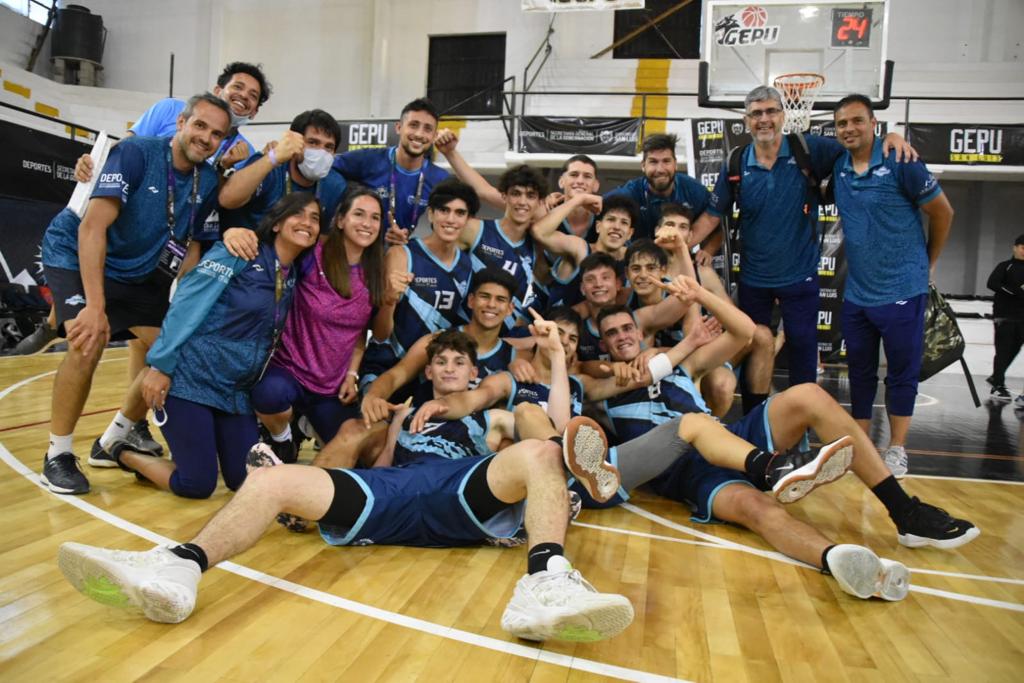 The team led by Rafa Costa beat Córdoba a traditional executioner and will face San Juan who beat Mendoza in an agonizing way.

They dreamed with their eyes open, they believed in them, they sacrificed and they succeeded. The men’s basketball team achieved this afternoon at the Emilio Perazzo a triumph of those that remain forever by beating the powerful Córdoba team by 79-65 and settling in a new final.

Defense work, concentration and intensity were the weapons that San Luis used to appropriate a game that had a very good audience.

One of the team’s figures, Uriel Barroso acknowledged: We are very happy to be able to achieve this achievement, it has been many years that San Luis has not beaten Córdoba and to be the ones who achieved it is an enormous pride ”.

In addition, Uriel added a bit of seasoning to the final that will be played tomorrow at the Emilio Perazzo from 17:00: “We are a very intense team and we are here to fight. It is our turn against San Juan who eliminated us in the semifinal in 2019 and we want that revenge against a rival who is a classic ”.

In the other semifinal, San Juan won the game with that shot that everyone dreams of making. It was a triple passing half the court on the buzzer and in extra time that put the game 75-74.

The girls will go for the bronze

In women’s basketball, San Luis will go for the bronze against Maule tomorrow from 5:00 p.m., after losing in the semifinals to Mendoza by 73 to 40 in La Pedrera de Villa Mercedes

The other semifinal was very close and Valparaíso defeated Maule by 1 point, 57-56 agreed to the defining match against the Mendoza.

After 15:00, the Chilean duel with a “classic” flavor put more than one on the edge of the seat. Valparaiso and Maule battled in all the quarters and only by 1 point the victory fell for the team led by Manuel Toledo; 57 to 56 was the victory for Valparaíso that had in Vania Vega its top scorer with 16 points, while in Maule Carla Torres stood out, scoring 18 points before leaving for fouls a few minutes from the end.

In the afternoon’s main course, San Luis and Mendoza starred in an even encounter until the end of the 2nd quarter. From there, and before an “Arena La Pedrera” that wore a huge audience, Mendoza showed all his hierarchy to prevail with authority 73 to 40. For those from Pedemonte, Luna Maza was the top scorer with 17 points, while in Leyria’s team Brisa Sosa scored 13 points. It should be noted that the talented player Dana Bordin, Argentine 5 × 5 and 3 × 3 preselection, suffered a severe injury in the second quarter to her knee that will not allow her to be in the final.

The schedule for tomorrow will be as follows: