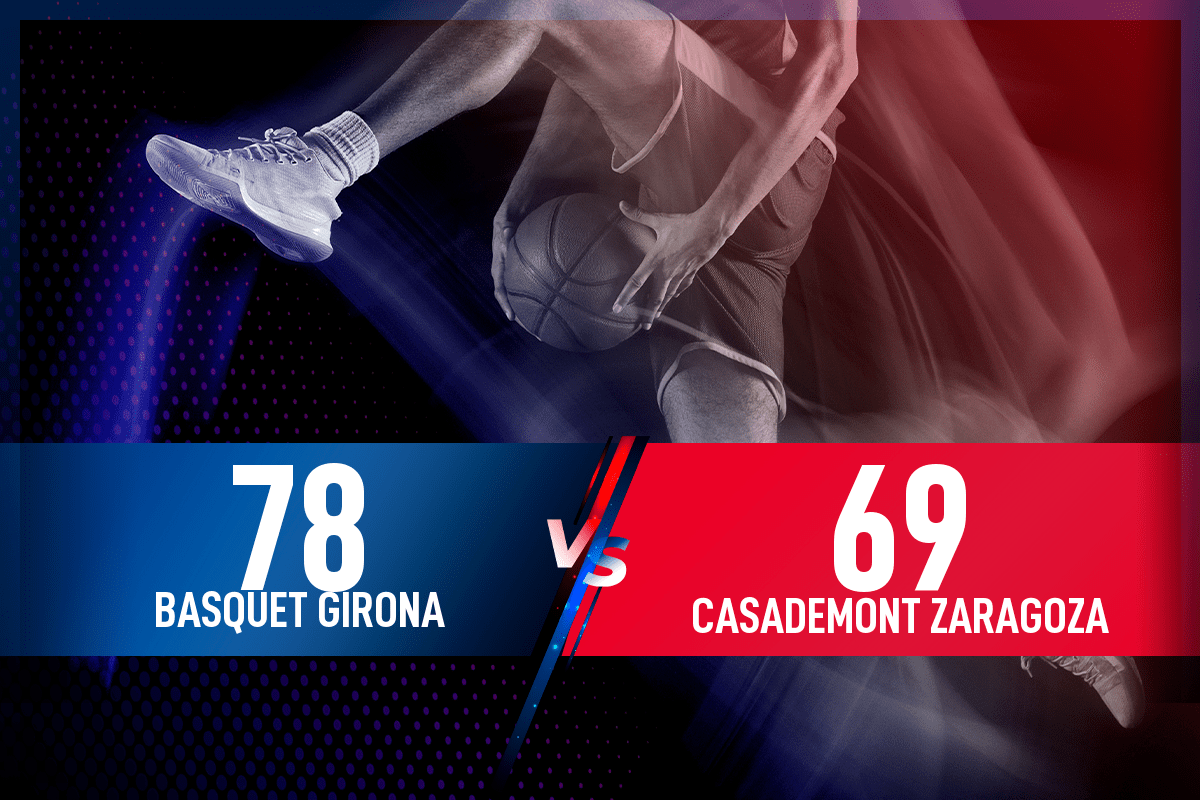 The Basketball Girona got the win at home against Casa Demont Zaragoza by 78-69 in the twelfth day of the ACB League. On the previous day, the Basquet Girona players suffered an away defeat against Valencia Basketball by 104-69. For their part, those from Casademont Zaragoza defeated at home Granada by 73-57. With this result, the Basketball Girona is in sixteenth place and accumulates three victories in 12 games played, while the Casa Demont Zaragoza he remains in fifteenth position with three victories in 12 games played.

The first quarter was marked by the leadership of the Basketball Girona, had a maximum difference of 13 points (18-5) and finished 21-8. Later, during the second quarter, the players of the visiting team closed the gap, which ended with a partial result of 17-19. After this, the rivals reached the break with a 38-27 score.

In the next day of the ACB League, the Basketball Girona will face the BAXI Manresa in it Pavelló Nou CongostMeanwhile he Casa Demont Zaragoza will face the FC Barcelona in it Palau Blaugrana.