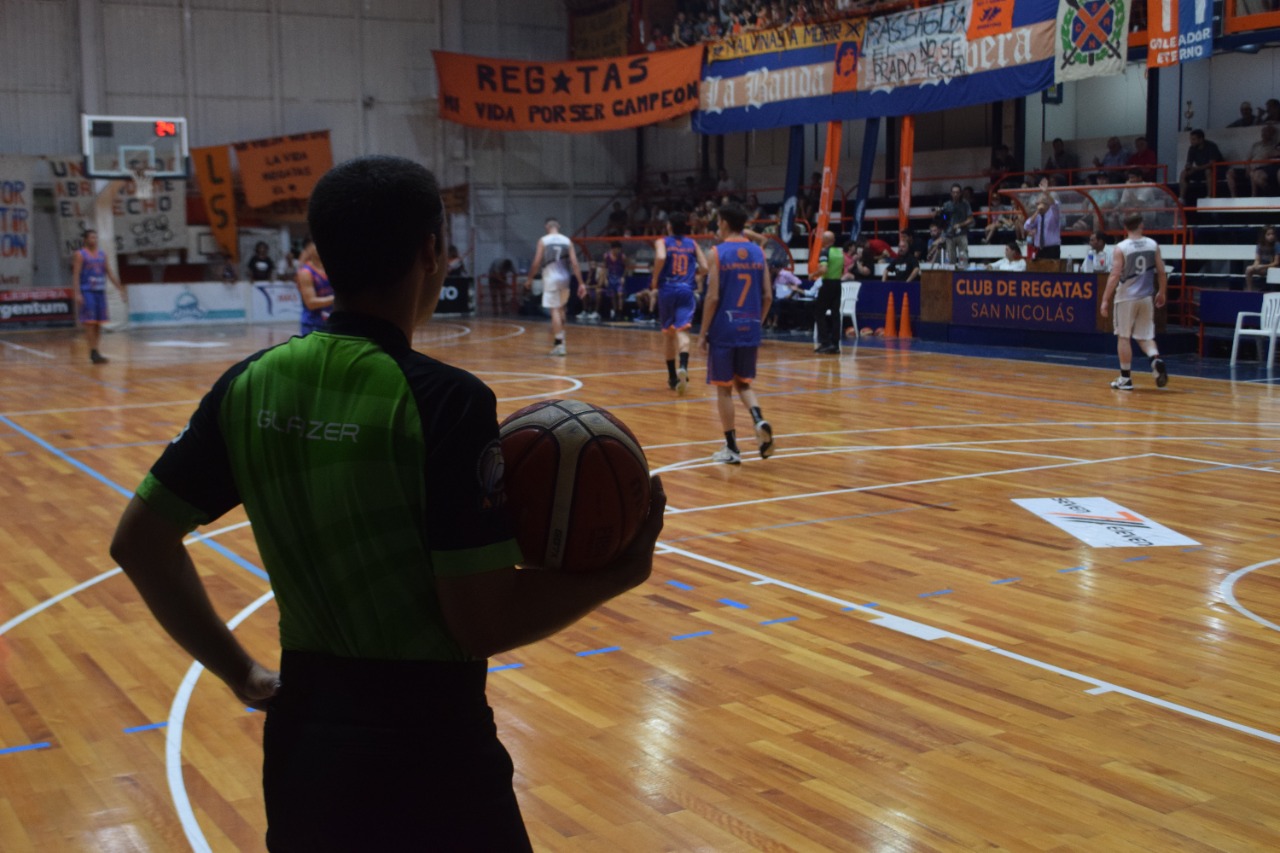 The participation of Regatas, Belgrano and Somisa in the Federal League is being experienced with great enthusiasm, passion and euphoria – with their fans filling the San Nicolás and Rosario stadiums. However, on Sunday in the classic between regatans and somiseros that was played in “La Ribera” there was a moment of tension during halftime in the visiting locker room. An issue that needs to be addressed before it’s too late.

A few hours after the end of the match that was played on Sunday at the “La Ribera” stadium, the local, Regatas, and Somisa, since the visit, contacted EL NORTE recounting having received threats from a small group of Regatta fans at halftime, while the squad was in the locker room. “There were between four and five guys who kicked in our locker room door and threatened us throughout halftime. They didn’t let us rest or talk quietly. What’s more, that made us very nervous and I think it ended up influencing the game for later”, a member of the somiseros’ coaching staff said in dialogue with our media. The same version was later recounted by a player: “There was only one security person who could not do much. They yelled at us, insulted us and threatened us, in addition to kicking the locker room door,” he said. However, the same person acknowledged: “We still didn’t lose because of that, we lost because we played badly. In the first half we were effective but based on an individual game, and in the second we were left without a goal and they turned the game around”.

It should be noted that Somisa finished the first stage winning 56 to 47 and ended up falling 97 to 84, suffering its third consecutive loss in the CAB Region Division 1, which has Regatas as the only leader and undefeated.

During the course of the day, two other members of the Somisa team also recognized these facts, although, already with a cooler mind, they lowered the tone of the issue and described what had happened to them as an almost “normal” or “usual” situation. touched live, beyond the fact that at the time it generated anger and impotence (and some even thought of going out to face the fans who were outside the locker rooms, which would have caused chaos without a doubt).

Along the same lines, the president of Somisa, Sergio Parigini, spoke yesterday in contact with the Radio U program La Deportiva. In this regard, he commented: “I found out as soon as the game ended, because my son is part of the squad. He told me that some Regatas fans spent approximately five minutes insulting them, knocking on their doors and saying things to them, in what was an unpleasant moment for them”. “Luckily nothing more than that happened and it had nothing to do with the outcome of the game. We must try to ensure that these things do not happen and we should work so that they do not happen, especially since there are four or five idiots, who are always the same and we hope that we can eradicate them some time, because they have nothing to do with the rest of the people,” added Parigini, who later assessed that “nothing happened throughout the match on the pitch, the people behaved barbarously.” “I loved the show and the audience setting,” he noted. And finally, Parigini reflected: “The institutions have nothing to do with this. The ones who do this kind of thing are people who should behave like this also in daily life.

On the Regatas side, Miguel Turchi, a member of the group of leaders who work for the Federal, was consulted in relation to this matter. Regarding this, he pointed out: “When I found out about the news on the EL NORTE website, it seemed like a note and a strong title, that there have been threats and that they wanted to enter the locker room by kicking the door.” “What seemed to me is that it was an isolated event -he marked-, although some things should not be naturalized and it is something that should not happen”. “If they had kicked the door of that locker room they would have hit it or broken it and the door was not even marked. The security person who was in the place told me that there was a group of boys who shouted some things but he denied that they wanted to attack someone or break something, “said Turchi, noting later that” if this was so “as to he was assured “it’s something that happens in ninety percent of the courts.” However, coming out of this particular incident, Turchi acknowledged: “Unfortunately we are always thinking that something could happen. This was not the case, because everything went very well. Even the Technical Commissioner at the end of the game admitted to me that he hadn’t seen a field like this for a long time. In some things it is true that you should be safer and take more precautions, because you are at the limit”. “We are going to all the pitches in Rosario and we didn’t have any problems. I think that many fans became aware of the disaster that could have been caused on the day of the friendly with Belgrano”, concluded Turchi.

The truth is that along with the enthusiasm, passion and euphoria that the participation of their respective club in the Federal League aroused in the supporters of Regatas, Belgrano and Somisa, they are close to permanently crossing a dangerous limit. If that barrier is crossed, it will be difficult to return; and all the feelings and values ​​that emerge from basketball will be buried under the shadow of the violent.